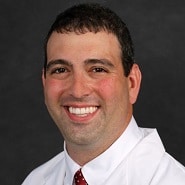 Thanks to a recent initiative, Bayhealth — a two-hospital system serving central and southern Delaware — was able to reduce the messages sent to physicians by 22 percent in just six months. How?

Well, having a great name and a great font for the project helps.

Like many of my good stories, this one started when a physician stopped to ask me a question about our EHR. I quickly showed him what he wanted to know, but I glanced at his clinical inbox and saw an eye-popping 6,000 unread messages.

When I asked him about them, he shrugged and said something to the effect that most of the message folders were full of non-value-added information, and he ignored them. He honed in on the “important one” and kept it empty. It just so happened that this folder contained messages that, if not addressed, would get him in trouble with our medical staff rules. Go figure.

In reaching out to our EHR vendor, I was pointed to a tool on user efficiency. Across all specialties, we were sending an average of 45 messages a day to our physicians. This was in the bottom 10 percent of all hospital systems they worked with. The percentile, added to that physician’s 6,000 messages, rang alarm bells. We were bombarding our medical staff, and our course wasn’t sustainable. I was determined to fix the problems causing the onslaught and wrangled our IT team into bringing in a consultant who could focus on this as a project.

Our consultant, let’s call him Andy (because that was his name), poked and prodded into the data and came up with a list of fixes that could reduce unnecessary or duplicative messages. Some of these were technical glitches leftover from go-live, but the most impactful would require policy changes and buy-in from multiple stakeholders.

This is where the name came in. I wish I could take credit for it, but I stand on the shoulders of those who came before me. From what I can tell, some wonderful people from Hawaii Pacific Health coined the phrase and published an article in the New England Journal of Medicine. I wanted a name that would grab people’s attention, and frankly, made this a bit fun. I fully understood that “stupid stuff” might trivialize important issues, but I thought branding the project this way was worth trying.

I created a slide for one of my regular presentations to our medical staff with the font on the left (Mister Monster Regular, if you were curious) and explained my plan to the medical staff. I never — and I mean, never — have gotten so many emails, texts, or phone calls after a presentation. My medical staff got what I was doing and was all in.

Now, I had to deliver.

Our first step was to clear out old messages. In one day, 300,000 messages were wiped away. All were over 3 months old and, frankly, were never going to be looked at. This was very satisfying and made for good PR, but the underlying conditions that led to the build-up were not addressed. If we stopped here, those 6,000 messages would have been back in that doctor’s inbox in a few months.

Addressing this took some courage. From an executive standpoint, it is easy to rationalize why a doctor might benefit from additional messages or results, so we asked those on the front lines for their input. Universally we were told these FYI-type messages were noise, and so we turned them off. Another big win was to update medical staff rules and regulations to reduce co-signature requirements.

Not every idea we had was a success, but most were. Steadily, we saw the number of messages decline, and we found ourselves right smack in the 50th percentile and are averaging around 34 messages a day. No patient safety issues were reported. I now get emails and calls saying, “I have some stupid stuff to tell you about.” I love these calls. They tell me that people know change is possible.

There is still work to be done, but I won’t underestimate the effect branding can have again. Stay tuned for G.R.O.S.S., Part Duex: Revenge of the extra click!

This piece was written by Jonathan Kaufmann, VP & CMIO at Bayhealth. To view the original post on LinkedIn, please click here.