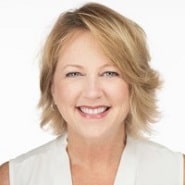 Things have changed quite a bit since 2012 in healthcare IT.

When it comes to EHR implementations, how much has really changed since 2012? There’s one way to find out: by taking on a similar initiative in today’s world and comparing notes. Last spring, Karen Marhefka had the chance to do just that when she accepted a CIO with a medical group that was rolling out Epic. For Marhefka, who had been through an extremely similar situation with UMass Memorial nine years ago, it felt like déjà vu at its finest.

There were, however, a few major differences. This time around, Marhefka was in perfect spot from a career standpoint; she had just completed her Doctorate of Healthcare Administration and was looking for an opportunity to channel her passion for helping organizations with implementation and optimization efforts.

A year after her arrival, the rollout is rolling along smoothly, thanks to the “intense amount of planning” put forth by leadership, and the decision to utilize a phased approach, according to Marhefka. During a recent interview, she talked about how RWJBarnabas is working to merge cultures; how Epic is nudging her team toward standardization; and why it’s critical to focus more on operational change than technology change. She also opens up about what she learned during her time with Liz Johnson, and why powerful people need someone watching their blindside.

Gamble:  Let’s start with an overview of the organization. Can you provide some information about RWJBarnabas?

Marhefka:  Sure. Robert Wood Johnson, which is a very large health organization, merged with Saint Barnabas Medical Center, also a large organization, a while back. They merged as two large health entities, predominantly merging their acute care offerings, along with two prominent medical groups. One was primarily associated with Robert Wood Johnson, and the other was primarily associated with Saint Barnabas. Those medical groups combined into one very large group and added another entity, Rutgers New Jersey Medical School, to form RWJBarnabas Rutgers Medical Group.

Those are the entities that make up this combined medical group, and it’s growing every single day, whether they’re buying large or medium practices, or independent providers are joining existing practices. It’s constant; the volume of practices and providers is constantly growing, which makes it fascinating when you’re going through an Epic implementation.

Gamble:  I can imagine. Now, in your role, do you report to Robert Irwin? What has that relationship been like?

Gamble:  In terms of some of your core objectives, you just Epic. What phase is the implementation right now?

Marhefka:  The entire organization is moving to Epic, including the hospitals and the medical group. It’s happening in what we call waves; there are 6 waves that extend over about 4 or 5 years. Waves 1 and 2 are happening this year, and that’s the medical group. We’ve split the large portions of the medical group equally between the two waves. The first big go-live is May 29, which is Memorial Day weekend, and the second is happening on October 1. After that, we’ll start picking up the hospitals.

Gamble:  Now, when you came to the organization, it was in an interim role, correct? Where were things at that point with the implementation?

Marhefka:  Yes. That was last, so we were in the planning phase. The application build was already underway. We were building Epic during a complete lockdown, and so there was an intense amount of planning to be able to organize that and to involve everyone, including Epic, as they were going through their own questions of how to do this 100 percent remotely. Everyone was trying to figure out how that was going to happen.

By the time I joined in June, the technology was in place where everyone working from home had everything they needed; there was a nice cadence that had already settled in. That part it was a joy for me, because at that time, I didn’t necessarily have to be three different people: one focused on Epic, one focused on working on Epic in a 100 percent remote environment, and one making sure that the day-to-day operations were running as they should with our Legacy system. I was very fortunate to be able to come into the role and only have to focus on two of those things, because the COVID aspect had been taken care of.

That being said, making sure we were monitoring our progress with the implementation in a 100-percent remote capacity — that process was ongoing. How are we doing? What are we missing? What’s falling through the cracks? That’s’ constant.

There was a lot of pressure on the practices within the medical group during COVID in terms of seeing patients and working through all of that, but from a complete system overhaul perspective, everyone is finding that the efficiencies with remote work have just been incredible. It’s just been incredible.

Gamble:  As far as the medical groups being wave 1 and 2, what were your thoughts there?

Marhefka:  For me, it was like going home again. After I left UMass in 2012, I went into consulting for 8 years. When I joined RWJBarnabas and was told, ‘Here’s our wave planning,’ and saw that the medical group was going first, I thought ‘I’m home,’ because that’s exactly what happened at UMass. We were on Allscripts, then made the move to Epic. And so it felt like a bit like déjà vu. But now, the health systems know so much more. The vendors know so much more. It was like we all graduated with PhDs in how this stuff works and it’s been just amazing. Amazing.

Gamble:  I’m sure there are pros and cons in being the one who go first.

Marhefka:  For sure. I think at first, there was incredible concern and fear and all the normal things that go along with any go-live, even though everyone is very experienced, having done this either here or at another organization. But I think there’s also a bit of comfort knowing that as we split these waves into parts and pieces, for lack of a better term, what we learn during the first one will unbelievably support and smooth out what happens with the second one, and so on.

I remind people all the time, even though it was over 9 years ago that we did it at UMass, that big bang was seen as the way to go. Just get it all done; rip off the Band-Aid and have everyone go-live at the same time. That method has what I like to call little pros and a lot of cons once you go live.

The way we did it, it’s taking big bites, but it’s not taking everything at once. I was really glad to hear that was the plan, because I think that’s much more manageable. The success rate is much better. Yes, it elongates the whole process and the whole go-live experience. And there are a lot of ‘in-between’ things where you have to make sure you connect the dots while half of your organization is live and half your organization is not. But in my opinion, the way we’re managing this is pointing to more opportunity for success than you would in a big bang situation, which was what my experience was.

Gamble:  Sure. What are some of other objectives your team is working on?

Marhefka:  One of the reasons why organization felt that I was appealing for this role — particularly given what was happening with Epic and the growth of the medical group — is that I tend to focus more on operation change than I do on technology change. I believed that when I was at UMass, and I believe it now. I live with it every day in my role as deputy CIO.

The technology is nailed for the most part, especially with Epic. But the workflow changes and operational changes — whether from a patient perspective or a provider perspective — when you move to an Epic platform are very, very drastic. It’s all positive because the tools are so great, but it’s an enormous amount of change.

I’ve been so hungry to get back into a role where I can help focus on that, and this was it. With a project as large as this one, it’s an ‘assess, build it and use it’ mentality. My approach is, let’s assess and build, but the experience of using it needs to under all of that from the beginning all the way until the day we go live and beyond.

Gamble:  One thing that comes up in nearly every interview we do is leading though change. What do you consider some of the keys to doing this successfully?

Marhefka:  In my role as a CIO, my customers are the medical group, and I have to remember that this is also a medical group that is still trying to culturally merge. They’re merged on a paper. They are definitely one group, but they all come from a disparate way of doing things.

The chief operating officer and I are learning together that even the best tools in the world, the best change management planning, the best of everything — which we have — doesn’t discount the fact that cultural merging eats a good implementation for lunch. That’s still a very big factor with this particular organization and this big go-live with Epic. But we’re getting there.

Sometimes, the COO and myself will point out to our constituents that Epic is forcing us to take a look at standardization and centralization. It’s forcing us to do that maybe a lot faster than we would have, but we’re doing it. And there are champions for that and there are folks who would like to have the opportunity to do things much more methodically and carefully. We’re trying to marry all that together as we move toward go-live.

This is why — and I’ve spoken with my CIO colleagues outside of the organization about this — I’m the preacher of making sure you’re just as much of an operations cheerleader as you are for IT. It has to be combined.