It’s been quite a year. Since the impact of Covid-19 was first felt in March of 2020, the industry has come a long, long way. “We’ve seen incredible acceleration of technology and adoption of virtual care,” said John Halamka, MD, President of Mayo Clinic Platform. “We’ve seen incredible changes in policy, waivers, deregulation, and new ways of thinking. And now we’re starting to head into that new normal.”

With that comes a host of complex issues that need to be sorted out, particularly as businesses return to full capacity, he explained during healthsystemCIO’s most recent HIT Policy Update, which also featured BJ Schaknowski, CEO of symplr.

One of those issues is ability to verify vaccinations, Halamka noted. “Dealing with pieces of paper that are signed with no validation is not a great idea if we’re going to set some business rules about back to life and back to work.” To that end, a voluntary coalition (VCI) was created to provide individuals with access to a “a trustworthy and verifiable copy of their vaccination records in digital or paper form using open, interoperable standards,” according to its website.

Individuals can download the free CommonHealth app, which utilizes FHIR interfaces to let them aggregate all of their data into one location and share with providers. This way, “all of us will have a standard way of sharing this information for back to life and back to work,” at least from a technological standpoint.

Perhaps the most dramatic impact Covid had on care delivery is the rapid expansion of telehealth — and the growing preference for virtual visits over in-person visits, particularly in certain segments of the population. The key catalyst in this spike, aside from the fact that many clinics had to close their doors, were the reimbursement changes and regulatory waivers that made telehealth a viable option.

What that also did, according to Halamka, is open the doors for hospital-at-home initiatives, which have long been stuck in neutral. One example is the partnership Mayo Clinic and Kaiser Permanente recently launched with Medically Home to create advanced care in the home. According to Halamka, the two healthcare organizations are investing $100 million to enable hospital-level care to be delivered in remote settings.

“That was really empowered by a lot of the waivers and regulatory relaxations we’ve seen during of COVID,” he said. If initiatives like this are to continue, however, Medicare needs to take action to ensure waivers don’t expire when the public health emergency ends. “We want to continue doing what we’re doing because it achieves same level of quality, same level of safety, and same level of outcomes at a reduced cost, and with enhanced patient satisfaction.”

Another key trend that has transpired in recent months is the increased use of AI algorithms for decision support. And although there’s enormous potential in being able to harness data to guide patient care, there’s also increased pressure to ensure algorithms are developed safely and securely. “AI isn’t magic; AI is probability and statistics,” Halamka noted. “And so I think we have to be very careful.” 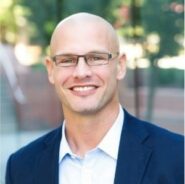 As both AI and machine learning approach the peak of the Gartner Hype Cycle, leaders must ensure that solid policies and practices are in place to de-identify data so that it can be utilized. Mayo, which has 10 million de-identified patient records, has built machine learning models that look at criteria such as proper nouns and job titles and redacted them so that they aren’t as easily identifiable when used for decision support models.

But even if an algorithm has been proved to be successful at, for example, measuring ejection fraction simply by looking at an Apple Watch, it doesn’t mean it has been validated, Halamka noted. Mayo, which has developed 60 algorithms, including 14 in the field of cardiology, recently conducted a randomized trial of 16,000 patients to determine its validity. “We actually took the AI algorithm and treated it like it was a device or treated it as if it were a drug,” he said. “What we found in this particular randomized controlled trial is we were able to validate it and prove efficacy, not just safety.”

In addition to putting algorithms through trials and certification processes, another component that needs to be addressed in ensuring consent is obtained. On that note, Mayo has identified five choices for how patient data will be used for clinical research. By using AI, “we can measure whether the patient’s preferences were respected,” Halamka noted, which requires a multilayer defense to maintain compliance with various governing agencies. “Our notion is to encrypt and de-identify the data, get consent to use it, and put it in a container that is audited so that you know it’s not being linked to another database for re-identification or exfiltrated to a third party.”

Having multiple layers can help ensure that if any one area fails, data are still protected, he added. “That’s our notion of data behind glass. We need that because de-identification alone is not going to catch absolutely everything.”

The final piece when it comes to AI algorithms is bias — a topic that needs to be addressed at a broad level, according to Halamka, who believes society tends to overrate what AI can do, and over-trust it. “We need to take into account disparities of care and racial bias, and we make it so that when those algorithms are deployed, they are not worsening our systemic racism.”

The big question, of course, is how. Halamka proposed leveraging the same concept used with nutrition labels to clearly indicate factors such as race, ethnicity, gender, and income level, while also showing how the data were validated. “That way, a physician can say, ‘I’m going to use this algorithm for the patient in front of me,’ and it’s going to probably deliver useful results.”

The hope is that this concept will eventually be baked into regulatory requirements so that when a journal receives an article about a new algorithm, the editors can ask for the label so that they know how it was created, and whether it’s a good fit.

Having these parameters in place is essential, particularly with AI “advancing faster than the regulatory frameworks and policies to control its use,” he said. “Covid in so many ways has accelerated us, but we have to be careful. We have to put guardrails into virtual care and AI algorithms so that we are serving our patients with the safety and quality they deserve as we’re innovating at the speed that COVID has created.”

Schaknowski, who served in the US Marine Corps before working in software for a variety of industries, said with all the change going on, change management has to be part of a CIO’s repertoire. He has seen too many instances of organizations investing millions in software, only to see it sit on the shelf because the proper groundwork wasn’t laid for folks to embrace it.

His best advice: “Think about where you want to wind up and figure out how to get there in a logical way. If you try to Big-Bang it, that’s when you’re more apt to fail. Take one piece at a time and put your best people against it. Do it well, and to completion. Don’t try to do the massive enterprise play, because you’re more likely to fail.”