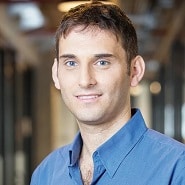 “Sometimes technology is just not enough.”

It’s not exactly a surprising statement to hear during a panel discussion on uniting silos in healthcare. At least, it shouldn’t be — unless, of course, the source is CEO of a company that provides medical device and security platforms.

But for Jonathan Langer, who is also co-Founder of Medigate, breaking down silos isn’t just a business; it’s something that has become “near and dear” to his heart. What he has learned, however, is that the problem is far more complex than many people believe — and therefore, so is the solution.

“Technology can do a lot, and it’s certainly key to everything that we’re doing, but sometimes it takes more,” he said during a recent webinar, which also featured Craig Richardville (Chief Information & Digital Officer, SCL Health) and Jes Cornelius (CIO, Sutter Health). “It takes people to listen.”

It also requires understanding the “unique and complex” issues healthcare leaders face when it comes to unifying silos to ensure operational effectiveness. The best way to do that, according to Richardville, is by examining why divisions exist. One reason is the rapid growth that systems like SCL Health have experienced in recent years, which can result in “different cultures colliding,” he noted. The leader’s role, in that situation, is to “digest some of the new entrants into the system and make sure they’re aligned with what’s happening at the top level.”

The reality is that as organizations expand, confusion often arises as to which department IoT maintenance falls under, according to Langer. “Different groups have ownership of different assets, and they have different cultures, different processes, and different types of tools.” And so when connectivity started to emerge, “we began to see more overlap between the groups.” 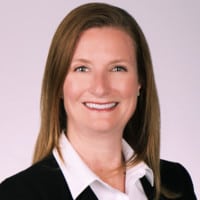 And that can create cumbersome process, which can lead to frustration and miscommunication. For example, if there is a security incident with a medical device in an organization where silos exist, both information security and clinical engineering would need to be involved, as both can claim ownership. “Sometimes getting the two to work together takes much longer than it should because of a lack of communication,” Langer added. “Sometimes it’s more of a communication gap than a technological gap.”

Cornelius agreed, noting the focus should be on ensuring all departments are headed toward the same destination, and using the same map to get there.

“We need to have one strategy across the board — not an IT, biomed or security strategy,” she noted. At Sutter Health, where Cornelius took the CIO reins six months ago, her team is focused on “getting away from traditional IT work and thinking about how to partner with operations to determine what the need is — not just the ask — and make sure we’re aligned with the overall strategy.”

Part of that means resisting the urge to solve problems piece by piece, and instead looking at the big picture. “That’s actually been very effective and has helped us really partner with operations because they feel like they can actually drive change, and we see IT as enabling that,” she said. 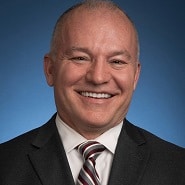 Richardville agreed wholeheartedly, adding that being able to “step back and look at the whole picture” is paramount, particularly when it comes to breaking down silos. “First and foremost you’re a leader, and you have the ability to look across all the different divisions and say, ‘Here’s how we want to try to solve this problem or fill this gap.’ I really am a big fan of making sure we’re leaders first before we put the CIO hat on.”

When that hat is on, however, one of the CIO’s core objectives is to create a culture that fosters collaboration. “I think culture can drive not only how we resolve issues, but how we hope to transform ourselves from an environment of continuous improvement to an environment of transformation,” noted Richardville. “It creates a whole new level where you’re not just getting better than you were last year, but marginally taking steps forward. I think that’s exciting.”

And while there is no single blueprint for how to establish the right culture, there are practices that can be adopted, including the following:

Finally, leaders need to strike a balance between hand-holding and a hands-off approach, she noted. “I never want to say, ‘go figure it out on your own.’ You want people to come to you with questions — that’s part of coaching and mentoring,” Cornelius noted. But at the same time, make sure they’re leveraging the many resources available. “Sometimes it’s saying, ‘that’s a great idea. Why don’t you reach out to him or her, then circle back with me.’ You can’t be everywhere all the time. I have smart, wonderful, engaged people within IT and across the organization, and so we can all contribute.”

To view the archive of this webinar — Uniting the Silos that Disrupt Operational Effectiveness Within Your Health System (Sponsored by Medigate) — please click here.