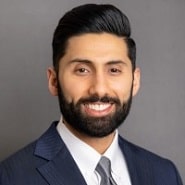 Margaret Mead was an American anthropologist who rose to fame in the 1960s as an author and speaker. She’s often quoted; there are a fair amount of sayings that presumably have their roots in her talks and lectures. One of the more famous stories, perhaps, goes as follows:

Mead was once asked by a student what she considered to be the first sign of civilization in a culture. The student expected to hear about clay pots, agriculture, or other such milestones that served as turning points in our society.

Mead instead said that the first sign of civilization in an ancient culture was a 15,000-year-old femur bone that had been found. It showed signs of having been broken and then healed. The thighbone, Mead explained, is the longest bone in the body and takes about 6 weeks of rest to heal in a human. During these 6 weeks, that person would not be able to hunt or gather food, tend to fire or supplies, nor provide any meaningful labor. In fact, in the animal kingdom, such a condition means certain death; you cannot run or fend for yourself against a predator, nor can you perform necessary activity to survive long enough to regain full movement. No animal survives a broken leg long enough for the bone to heal.

Therefore, a broken femur that has healed for a human is evidence that someone, 15,000 years ago, took the time to stay with the person who was injured. Most likely they tended to the wound, and ensured the injured person was safe, fed, and looked after until they recovered. They took up additional work to allow another person to survive. This may sound trivial to us now, but in the Paleolithic era of 13,000 BCE, this was rather monumental. In other words, Mead believed that civilization began when humans developed enough empathy to help another person through a difficult time.

Empathy is often defined as the ability for a person to understand and share the feelings of another. Quite simply, the ability to take perspective, to “walk a mile in their shoes,” to shed your own knee-jerk reactions and seek deeper understanding of the person sitting across from you — or on the other side of the screen, in today’s age of video calls. But certainly there has to be more to it than that. Something more tangible, perhaps?

What does it mean to lead with empathy? In the workplace, functional empathy has been labeled one of the required skills in the tool belts of leaders around the world for a while. There have been volumes written on the topic; from the US Army’s Field Manual in Leadership from 2015 that repeatedly highlights empathy as an essential requirement for competent leadership, to Harvard Business Review’s Crisis Management piece, which emphasizes the ability for empathetic leaders to be nimble and adjust to the needs of their people (short except below).

Clearly, people and organizations have identified it as a vital trait, but it appears to be rooted in the “soft skills” category — one that everyone wants in their leadership, but is hard to quantify. In the context of managing remote employees on a large scale, it becomes even more important to get clarity to the base question: what does it actually mean to be an empathetic leader in this new pandemic/post-pandemic era?

To answer this, I turned to the best psychotherapist I’ve ever known, Sehrish Haroon. I might be a bit biased here though, because she’s my sister.

Sehrish tells me that it’s not easy for people to accurately quantify empathy in itself, especially when it comes to a leadership trait, because there isn’t just one facet to it. In fact, she explains there are three levels of empathy that leaders often operate on. And these levels do not include sympathy, which, while similar to (and often confused with) empathy, is starkly different.

The three levels of empathy run the gambit from understanding what another person might be thinking or feeling (Cognitive Empathy), to actually being able to share the feelings of another person (Emotional Empathy), to finally being moved to actively reduce emotional suffering of others (Compassionate Empathy). This last one is the most active form because a leader must not only have the ability to share in others’ emotional pain, but also have the willingness to take practical steps to reduce it.

Sehrish elaborates that this level includes a process in which your “mirror neurons” fire off to mimic in you the emotions that all your senses tell you the other person is feeling, to the extent that you actually feel them too and then want to do something to make things better. This level, she claims, is where leaders need to get to when making decisions that impact their staff. 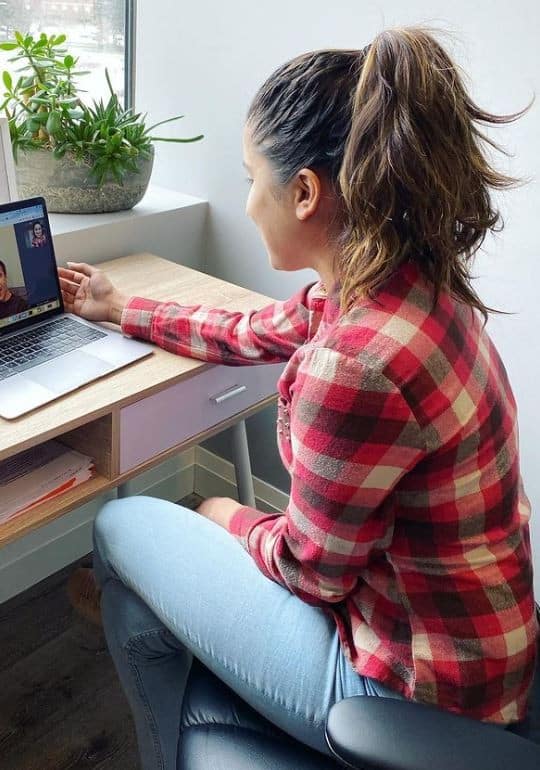 “It does take some work.” Sehrish says, “Many people have an edge because they’re naturally better at taking perspective, but the ability to get to Compassionate Empathy can also be learned.”

It doesn’t take much to get started though. “Practice makes perfect couldn’t be truer here,” she expands. “You can start simply with practicing active listening and considering other’s perspectives, while regulating your own emotions.”

However, this learning only happens when you understand why it’s such a vital part of your leadership role. Maybe that’s why some of us believed organizations in the past simply talked empathetic leadership, but rewarded other facets of leadership.

To that end, Sehrish explains further, “Now, during the pandemic, organizations are trying their hardest to focus on understanding their employees’ experience. Empathy, therefore, has become that primary qualitative leadership trait across the board, because it makes the current situation better, even when speaking with people on video.” So much so that Sehrish has found her remote client sessions on this specific topic to be just as rewarding and fruitful as in-person. “It transcends technology, empathy. That’s how powerful it is.”

I’ll be the first to admit that despite everything I’ve learned, it seems difficult to believe that anyone can truly know what another human is feeling. But perhaps that’s what it’s all about; you constantly strive to learn. You want to know what the other is going through. You want to know what they think about a situation. You want them to feel better. You want to do all you can to make their existence better, wherever it intersects with something you have control over, even if by the slightest bit. Maybe that’s what empathetic leadership is; the constant inclination towards wanting to understand, knowing full well that you might never truly be able to.