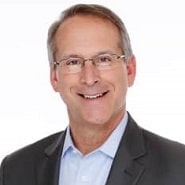 For Chris Belmont, taking on a new role during a crisis is nothing new — nor is starting a new role when large initiatives are looming. And so, when he took the helm at Memorial Hospital at Gulfport during the midst of the Covid-19 pandemic, he had an idea of what to expect. But as someone with decades of industry experience, Belmont was careful to avoid the trap of jumping to conclusions. Instead, he put extra effort into “learning and listening, and evaluating where we are.”

Recently, the healthcare IT veteran spoke with healthsystemCIO about what he hopes to achieve at Memorial — based on what the organization truly needs, where he believes key opportunities exist, and how he hopes to change the thinking from a systems approach to a System approach. He also talks about what brought him back to the hospital environment after a 4-year hiatus, how Covid-19 has changed our thinking, and the critical role CIOs play in forcing teams to “back up and think long-term.”

Gamble:  Are you currently in the office?

Belmont:  I’m in my office at the hospital. I’m here probably five days a week. I think at least in the initial few months, it’s really important to be present and understand the organization. One of the things I knew I missed — and one of the reasons I came back — was the opportunity to get closer to the frontlines. I didn’t realize how much I had missed that. And I don’t mean being in the lab or being in the emergency room, but just being around the action.

My wife and daughter are both nurses; they don’t have the opportunity to work remote or take an afternoon off to play golf, or go to a conference. They’re taking care of lives. They’re both NICU nurses — they were taking care of babies and really doing the important work. And so, being able to stay close, especially as our caregivers are stressed out with Covid as well as the storms we experienced, anything I can do to help is important.

Gamble:  Can you give an overview of the organization?

Belmont:  At Memorial, we’re going through an expansion and experiencing a lot of growing pains. We’re one of the primary providers (if not the premier provider) of care on the Gulf Coast, but that’s being challenged a bit. Ochsner has made it a goal to be the provider of choice between Houston and Atlanta, and we’re right in that path. And so they’re growing and moving into this market, which is good and bad. It’s good because it’s forcing us to reevaluate the way we operate. We’re making some acquisitions and affiliations that are going to help us become more of a system and become more focused on our communities and how to function and manage our resources across a bigger footprint. We’re now addressing a lot of growing pains that other systems have gone through in the past, which is good.

We’re in multiple counties now. We’re owned by and managed by the city and the county, but we don’t get a lot of funding from those sources. And so we have to manage ourselves, but we still have some governance related to the government. We’re adding a lot of physicians, and seeing some turnover. We’re opening clinics constantly, both small and large. We just announced an affiliation with one of the CHS hospitals in Biloxi that just recently became official. That will be a 50/50 affiliation, and so we’re expanding our footprint in that direction.

We’ve got some challenges on the IT side in terms of how we function and improve the experience both for our patients and our providers. In our system, we have a lot of opportunities to improve. Being able to embrace telemedicine and the self-service/patient experience approach is at the top of my list as well. It’s a lot of what other organizations are going through.

Gamble:  You mentioned that connection to the community. It seems like that’s pretty important to you.

Belmont:  It is. When I got to Ochsner that was right after Hurricane Katrina, and that’s my hometown. So I was able to be part of that ability to rebuild and grow. We bought six hospitals in three years. It was a good feeling, being able to be a part of that growth and rebuilding of the health system in the New Orleans area. And then being able to do the same thing for cancer at MD Anderson felt good — it’s great to be part of a community.

Gamble:  Given that, I’m sure there’s a lot you want to do with analytics. Can you talk about what you guys are doing there?

Belmont:  Actually, I think that’s an area where we haven’t done well. And again, it’s not uncommon for some organizations, including Ochsner and MD Anderson, to have pockets of excellence — we have that here as well. We’ve implemented a pretty nice analytics platform for our ACO, but we’re not leveraging that platform across the board for things like quality or true population health. And so we plan to enhance that quite a bit. It’s the same with our information systems; there are quite a few of piece parts, but they’re not well-integrated; so, you have to jump around quite a bit. It’s not uncommon for some IT shops to install systems but not install integrated solutions. There’s a lot of opportunity.

I’ve done it before, but to get there, you need to change the mindset. It’s not about Cerner; it’s about the electronic medical record. It’s not about PeopleSoft, it’s about labor management and procurement. It’s modifying that behavior away from a system approach to how we can support the business every day.

Gamble:  Can you talk a little more about that?

Belmont:  One of the things I’ve done—and it’s starting to stick—is to say, when we bring a project forward, let’s not bring the product forward. For example, if you bring Amwell forward for telehealth, that’s not the solution — that’s the product. Let’s put telemedicine or digital transformation out as the initiative, and then we’ll approach it with the different resources and products we need. It starts there. I think for IT departments, it’s easy to retreat and focus just on running the systems and not focusing on supplying the best solution for the business.

On the data side, how do we make decisions based on the data and how do we manage what are the key metrics to run the organization? Again, it’s not magic. Everybody has done this. But that’s how you start: by driving some standards and driving some consistency. I’m re-listening to a book called Scaling Up Excellence for the third or fourth time. It has some great points — the roadmap is inside that book if you read it.

Gamble:  Right. Backing up a bit, you took on this role in July. That had to be some interesting timing. Can you talk about how you approached it?

Belmont:  When I got to Ochsner there was an obvious compelling event, which was how to grow post-Katrina. When I got to MD Anderson, it was to lead an Epic install — that was the key driver. Things weren’t in bad shape here. In fact, the previous CIO (Gene Thomas) and I are friends; we’ve known each other for a while. He actually approached me about the role. It wasn’t in bad shape; it was just a matter of how do we take the pieces and reassemble them and make a much bigger picture?

I think I was more patient than I was at the other two locations because, first of all, we were very distracted with Covid. Second, I didn’t know the organization well, and didn’t know what was the most important thing to chase. And so I probably have spent more time here than at any other organization learning and listening and evaluating where we are. Even though I’ve worked with Cerner in the past, it’s relatively new to me, and so a lot of the terminology was different. I had to be a little more patient this time and try not jump to conclusions, even though I did a few times, I have to admit.

When you’ve been in an industry this long you tend to jump to conclusions. Sometimes that’s right, sometimes it’s wrong. I’ve read the book before, I can jump right to the end. But in some areas it’s a lot better than I thought it would be, and in other areas, there’s a lot more opportunity than I thought.