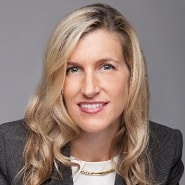 There’s perhaps no better way to describe the experience healthcare organizations have had in distributing the Covid-19 vaccine.

In mid-December, the first doses were in administered in the US; immediately, health systems implemented plans to roll it out to their workforces, offering it initially to those providing direct patient care, then extending it to other groups. Six weeks later, the progress seen across the industry has been nothing short of astounding.

However, as one might expect with a large-scale initiative, there were (and continue to be) myriad challenges.

“This came at us so quickly. The vaccines were approved quickly, and we had to move,” said Meg Aranow, Platform Evangelist for Well Health, during a recent panel discussion. “The environment was changing. The input was changing. The guidelines were changing.”

To top it off, it happened right around the holidays, noted Sandy Andrews, COO of Clinical Care at Providence, who also participated in the discussion, along with John Kravitz (Corporate CIO, Geisinger Health) and Sri Bharadwaj (VP of Digital Innovation, Franciscan Health). “When the rest of the world was slowing down, we had to speed up to get shots into arms.”

That’s a lot of arms with an organization like Providence, which spans seven states and includes 120,000 employed and around 100,000 non-employed providers. “The entire vaccination process has been a monumental effort,” noted Andrews. “It’s was a big task just to understand who we were going to vaccinate first.”

To that end, her team compiled a database of employees. Based on factors like their role and work location, they identified those at highest risk for contracting Covid-19 and notified them via text (or in some cases, email) of their eligibility. The system has worked well so far, with more than 100,000 caregivers getting the first dose, and about 50,000 completing the series. “We’re well on our way,” she added.

It has not, however, been without obstacles. One lesson her team quickly learned was the importance of communication around when and how the second dose will occur, according to Andrews. “People really have anxiety.” Fortunately, the solution was relatively simple — to schedule the follow-up appointment before the patient left the office.

“We really have to hold peoples’ hands to help them understand the two-dose series,” she said. “It’s something you really have to think about in your communication strategy.”

What’s just as important is being able to obtain consent forms and other information and answer questions. “Hundreds of thousands of messages are going back and forth so that data can be consumed in a visual view. We’ve really been able to move the needle.”

Similarly, Geisinger hit the ground running, starting first with employees, then gradually extending appointments to first responders, patients aged 65 or older, and those with chronic conditions. Initially, the Pennsylvania-based IDN was using QuickBase to facilitate the scheduling process, but when call volumes skyrocketed to the point of nearly 100,000 calls in a single day, Kravitz’s team shifted to using MyChart. During the first two days, 58 percent of appointments were scheduled “online and in real-time,” which significantly lessened the burden on call centers.

“Our service desk was overrun,” he noted. “We didn’t have a process for patients who aren’t MyChart members.” And for those who were having trouble with tasks like password resets, wait times were much too long, prompting Kravitz to beef up support. “We’ve been augmenting that process. We shifted another 20 people into that queue just to get through the call volume and the backlog.” The team has taken additional steps to minimize calls, including creating forms for new MyChart users.

It’s a move he hopes will pay off when vaccines are open to the public. “We’re going to see a tsunami of activity, and I welcome that,” Kravitz said. “That’s what needs to happen.”

For some organizations, however, moving individuals around isn’t an option. That’s where Well Health comes in, according to Aranow. “With our automation engine and communication tool, we’re trying to offload the burden that we expect to hit call centers and care management centers through automated conversations around setting up appointments and reminders.” In addition, Well Health’s solutions can assist with follow-up care, whether that means providing information about possible reactions or, if necessary, directing those concerns to providers.

“We’re learning a lot about how patients want to engage with providers,” she noted. “What’s too much communication? What’s the right level of communication? What types of messages are good to get through texts, and what things really need a human touch? We’ll have to distill all of that.”

And then there’s organizations like Franciscan Health, which must contend with extremely different processes and requirements for the two states in which it provides care. In Indiana, vaccines are administered through the state, while in Illinois, facilities can leverage MyChart to communicate with patients and schedule appointments. Whereas one state’s process is “extremely structured” when it comes to collecting data, the other leaves it to individual organizations, which can be frustrating for leaders.

“It’s definitely different depending on the state you are in, and even the county,” said Bharadwaj.

With so many unknowns, it’s more important than ever for leaders to collaborate, which he is doing by reaching out to colleagues from California to talk about their experiences.

That back and forth, said Aranow, can make all the difference in getting through difficult times.

“It’s a tough time to be in any management or executive position,” she noted. “But we in healthcare have always been excellent at sharing information, learning from each other, and establishing best practices.”

Andrews agreed, adding that it’s also important to recognize just how challenging it has been for health systems to plan a massive rollout while already dealing with burnout from the past year.

“There’s something to be said about helping people understand what went down during that period of time and how absolutely confusing it was to operate,” she said. “We created this system around eligibility and put a lot of stress on the same healthcare systems that were responding to the COVID surge.”

And although Andrews believes the industry “has come a long way” in reducing infection rates, we’re by no means out of the woods. “This isn’t a one and done. We are going to be in this for years to come.” The big question, she noted, is how leaders will incorporate it into their strategic plans.

The best way to do that, according to Aranow, is by taking some time to reflect on how organizations responded, and what needs to change going forward. “If nothing else, we proved that the IT infrastructure really benefits from tools that have the agility and scalability needed for this type of crisis,” she noted.

Also critical going forward? A willingness to continue to share best practices and implement changes if necessary. If leaders can do that, “I think we’ll come out ahead, and in the end, we’ll come out stronger.”

To view the archive of this webinar — Managing Patient Communications during the Covid-19 Vaccine Rollout (Sponsored by Well Health) — please click here.