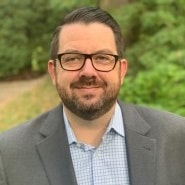 When Tom Kurtz was interviewing for the position of CIO at Memorial Healthcare, it was made clear if he accepted the role, he’d be spearheading a major EHR transformation. But instead of balking at the idea — which would have been understandable, with this being his first foray into healthcare — Kurtz seized the opportunity to “help guide the organization.”

Five years later, Memorial has an integrated platform in place, something that has certainly come in handy in battling the myriad challenges stemming from Covid-19. Recently, Kurtz spoke with healthsystemCIO about his team’s multipronged strategy to maintain care continuity during the pandemic, the hurdles they faced implementing an EHR during a period of significant growth, and the tremendous pride in being an independent hospital.

Gamble:  In terms of the building and design of the new facility, has IS been able to contribute to the process?

Kurtz:  Absolutely. We’re making that building a spotlight for technology enhancements for healthcare, particularly in the wellness center, to create systems to track your own performance, set your own goals, and measure your progress, whether it be cardiac rehab, physical therapy or occupational therapy, all the way onto the wellness side.

We have a 75-seat auditorium going into the building with an attached kitchen to where we can do teaching or cooking demonstrations, we can do remote learning, and we can do conference presentations from that facility. We’ll be able to do patient engagement in the room by sharing imaging studies or different education materials on screens within the patient rooms. It is going to be a very high-tech facility, and so the IS and IT teams have been heavily involved in the creation and the design of that building.

Gamble:  I’m sure it’s very exciting to be involved with that, and a great opportunity to watch it come up and really a footprint there.

Kurtz:  It’s a fun project. It really is. When you’re able to think about something new from the ground up and how you would design it from the patient experience perspective, it’s an extraordinarily fun project to be a part of.

Gamble:  And then there’s implementing an EHR across the organization, which is a very different project. I want to get into that, but first, you have Meditech in the hospital and the clinics, correct?

Kurtz:  Yes. We implemented Meditech Expanse in 2019, which covers the hospital, our practices, our PT and OT, all of our therapies, oncology. It’s a holistic solution across the entire care continuum.

Gamble:  In terms of the rollout, what were some of the hurdles, and how did your team overcome them?

Kurtz:  I think the biggest hurdle that we had to overcome was trying to do a system implementation of that magnitude, at the same time the organization is experiencing a significant period of growth.

During our build year, we had experienced a 26 percent revenue growth; during our go-live year, we experienced a 12 percent growth. That balance between growth and focusing on an EHR implementation was a significant feat for an organization like ourselves. To get that completed — and done well — in a time when the organization is experiencing volume growth, geography growth, provider growth, employee-based growth, and revenue growth, was a pretty significant achievement.

Gamble:  Can you talk about the strategy that was used throughout the process? I imagine it’s a lot of collaboration and communication across departments when you’re implementing an EHR, especially during a growth period.

Kurtz:  Absolutely. That was a significant piece that we tried to accomplish well throughout the organization. As anyone who has led a project of that magnitude can tell you, there are always things you wish you could have done better. But we had a significant initiative to ensure that collaboration through the development of our core teams that led each specific area’s applications, and through the involvement of the medical staff, the operational leaders and key decision-making processes, and the involvement of teams to do pre- and post-process mapping. It was incredibly important to ensure that all were actively involved in that process, from system selection to implementation and post go-live.

That collaboration across the organization into all different departmental units and care teams, from the providers to the staff, was incredibly important.

Gamble:  It’s the kind of thing you don’t want to find out after the fact or have to deal with ramifications if a specific area or department didn’t have the input or involvement they would have liked to have.

Kurtz:  Absolutely, and we found some of those. We had some areas that, through any number of reasons, didn’t have the level of activity that they probably should have had during the implementation process. We had to do some rapid change and rapid improvement on some of those areas, and we experienced some of those right up until go-live.

And it was by no means perfect. Making sure everyone involved has an acute understanding of their involvement in the project and where it resides is very important. There are definitely some things we could have improved upon, but I think, by and large, we did a great job of making sure everyone’s voice was heard.

Gamble:  For the most part, did the implementation happen in the time frame that you had hoped?

We had a robust pre-live testing process; through that first week of testing, we outlined a few issues that we considered to be showstoppers for live. At that time, we decided to pause for four weeks, and do a rapid process improvement and change and issue resolution right after that first week of testing before progressing into the future weeks of testing. We made the decision to pause by four weeks to resolve as many of those issues as possible before our live day.

Gamble:  I’m sure everyone was glad that was in place, because there were so many issues that can come up.

Kurtz:  Absolutely. It’s a push-pull between wanting to be live and making sure it goes well. When you have the opportunity to say, ‘hey, let’s pause for a second and ensure we make this go-live as unobtrusive as possible to the end-user and ultimately to the patient,’ that’s an easy decision, particularly given the fact we were doing a big-bang implementation where we went live on one day with the entirety of the EHR. From oncology to the practices to the inpatient to PT and OT, we went live in one day. When we knew the magnitude of the implementation was so huge, we knew it had to be done well and done effectively for it to be successful.

Gamble:  Looking back, would you have done it the same way, as far as opting for a big bang?

Kurtz:  I think I would. I’ve had a lot of conversations with different leaders within the organization and most I’ve spoken with would continue down that path. Obviously there are some things that we would have changed and improved upon, but I think by and large, that decision was the best one for us.

We were on two separate EMRs before. We had Meditech Magic on the in-patient side and Allscripts Pro on the ambulatory side. But weighing the pros and cons of doing ambulatory before acute, we couldn’t do that with what the Meditech implementation required. All the decisions being the same and all factors being the same, we would have made the same decision.

Gamble:  Given everything we’ve seen in the past 7 months, I’m sure having an integrated system has been a tremendous difference maker.

Kurtz:  Yes. From the ordering process, to the delivery process, to patient portal integration on both sides, to everything built within the system, it has greatly improved our ability to meet the necessary reporting needs and the necessary communication needs we have for Covid-19.

No one would have ever guessed we would have done an EMR implementation and six months later be in a national pandemic. That has obviously created a set of challenges most not have not had to go through; other organizations are feeling the same pinch. With everyone going on with the pandemic, and now adding the layer of having a brand-new EMR on top of it has been a bit of a challenge in some instances.

Gamble:  Sure. In terms of optimization, were you able to go forward? Where does that stand now?

Kurtz:  Our post-go-live optimization process did take a pause for a minute. There was a very challenging time for us when we had most of our support staff working from home and we had significantly reduced volumes and isolation units happening within the organization. We had significant change with added units and added beds, and trying to go through and do focused optimization work during that time would not have been effective.

We had our ‘Expansiversary’ in August — the one-year anniversary of our Expanse go-live — and we continue to find ways to optimize and better utilize the system.

Gamble:  So it really is an ongoing process.

Kurtz:  Absolutely. We were on Meditech Magic for 20 years and we were still optimizing and making changes to that system on a regular basis before we went live with Expanse. I think it’s an ever-present project for us to continue to make the system work for our providers more effectively, make it more efficient, make it more user-friendly and take advantage of all of the features and functionality it has to offer.

There are pieces we have not implemented yet that will help us in the future. We just have to get to that point of stabilization — and I think we’re getting there. But that optimization continues in perpetuity.

Gamble:  Right. And you said you’ve been with the organization for about five years?

Kurtz:  That’s right. I just had my five year anniversary a couple of weeks ago.

Gamble:  At what point did the organization start to talk about doing a big EHR implementation? Is that something that was in the works for a while?

Even before I started, the conversation had already been in full swing across the organization. We spent a couple of years in the selection process to find the system that was going to be the best one for us and ultimately made the decision to move forward with Meditech Expanse and went live in August of 2019.