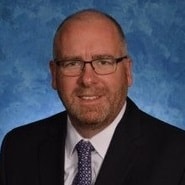 “At the end of the day, it’s all about visibility, transparency and accountability.”

When Ron McKinnon assumed the role of CIO at Central Maine Healthcare back in July, he didn’t come in with plans to shake things up or put the organization on a completely new path. Instead, his objective was to identify areas of improvement for the three-hospital system, based on conversations with key stakeholders, as well as his own observances.

“When you’ve been doing this as long as I have, you’re looking for very specific opportunities to drive the organization forward,” said McKinnon. During an interview with healthsystemCIO, he reflected on his 30-plus years in the industry, and discussed how he hopes to leverage his past experience to guide Central Maine Healthcare into the future.

One thing he has learned? Before a strategic direction can be determined, leaders need to take the pulse of the IT organization and understand how it’s perceived across the system. “Are they known for delivering? Are they known for their good people? What are the positives and where are the gaps where we have opportunities to improve?”

Once these questions have been addressed, the next step is to examine whether the core objectives align with the overall business strategy, and ensure projects are being managed and prioritized properly. This is where governance comes into play — not just in terms of establishing a structure, but doing in a way that encourages participation across the organization.

“My goal is to get more people engaged in the decision-making process,” said McKinnon, who hopes to achieve that by leveraging an IS executive steering committee and various advisory councils with representation from different service lines. That way, leadership can ensure the business is driving IS, and not the other way around, and look for opportunities to leverage technology to improve efficiency.

A prime example of that is robotic process automation (RPA), which he learned about firsthand during his previous role with Ellis Medicine, a community health system based in upstate New York. “We automated more than 500 routines or processes that people were doing manually, either in finance or operations, where they were gathering data and putting it into spreadsheets to try to paint a picture,” McKinnon said. When the organization was dealing with the initial Covid-19 spike, RPA was used to help report metrics for the number of ICU beds and ventilators, as well as active cases. And so, rather than having individuals manually pull the data, enter it into a spreadsheet, and send it to the State, the entire process was automated.

It’s a technology that he believes can make a big impact at Central Maine Healthcare, and one that likely won’t be a tough sell, given some of the challenges that have been encountered in matching data from different areas. “It’s hard to be a data-driven organization when you don’t have normalized and validated data,” said McKinnon. However, he believes “the appetite for change is there, and the knowledge is there.” For leadership, “it’s a matter of pulling it all together,” which means implementing a strong governance process, laying out strategic initiatives, and getting projects approved.

Even if all of those pieces are in place, there are still obstacles that will be met. This is where experience — and having exceptional mentors — can make a difference. For McKinnon, one of those mentors is Dennis Dassenko, former CIO of Essentia Health.

While working with Dassenko, he gained “political insights” into the organization,” and was exposed to new ways of thinking and problem-solving. “That experience helped me learn how to communicate with physicians and administration in a much more effective way.”

In particular, McKinnon, who was CISO at the time, learned a great deal by observing the dialogue Dassenko had with physicians and operational leaders — so much so, in fact, that he was given the opportunity to lead the Epic Community Connect program.  Through conversations with rural health centers, McKinnon was able to understand how IT systems were being used, and how their shortcomings affected those on the frontline. As a result, when he reported back to his own team, he was better able to illustrate the key role IT plays in patient care.

“IT plays a significant role in the delivery of safe, high quality patient care, and that has a lot to do with the systems we deliver and the functionality of those systems,” McKinnon said. In order to do that effectively, CIOs must build strong partnerships with their users and understand their needs very well.

It’s a quality that he believes has become increasingly important, and one he values highly in team members. “Customer service is a top priority, so I value people who know that our customers depend on us to ensure our systems are available and are functional,” he said. “I value people who can put themselves in the shoes of the end user to understand the best way to deliver and support our IT systems.