There are two words a leader never wants to use when referring to a major project: dumpster fire. And yet, sometimes there’s no more apt description.

When Chuck Christian was named CTO at Franciscan Health in the spring of 2019, he inherited one of those projects — a multimillion dollar enterprise-wide voiceover IP system that had been purchased a year earlier, but had seen little progress.

“Very few phones had been turned over,” he said during a recent panel discussion, and it didn’t appear things were going to turn around without further action. And so, Christian and his CIO, Charles Wagner, issued an ultimatum to CBTS, the provider that had been selected: “If you can’t right the ship, we’ll find another partner.”

Like Franciscan, CBTS had already invested time and resources into the initiative, and therefore had no plans to abandon ship. The question, of course, was how they were going to rescue a project of this magnitude. During the webinar, Christian spoke with Paul Howard (Regional Sales Director) and Dustin Leek (CIO, Healthcare Practice) of CBTS — both of whom were working to turn things around — about how the two organizations worked together to chart a new course.

The first step, they agreed, was to take stock of what was on the line, and what both organizations hoped to achieve. In Franciscan Health’s case, it was replacing a “cobbled together” collection of phone systems with an enterprise communications system, something that “can make or break an organization,” according to Christian. “This is a complex beast we’re putting in place,” one that requires integration with other systems. “It has to work. It has to be bulletproof.”

It was not, despite the enormous resources that had been invested. And so, it was time to get to the root of the problems and figure out how to solve them — even if it meant laying down the law, which is what Christian and Wagner had to do. 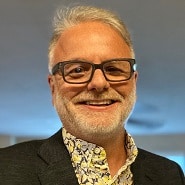 “It was very uncomfortable,” said Howard who, like Leeks and Christian, was new to the project. But it was also effective, as it quickly become obvious that the teams from CBTS and Franciscan that were supposed to be working together were, in fact, at odds. “Chemistry is a big deal, especially when two teams are coming together for a unified goal,” he added. “And we were struggling.”

One problem, according to Christian, was that the right people weren’t in the right seats. To that end, leaders from both organizations made some adjustments, moved some individuals around, and agreed to work closely and, perhaps most importantly, start being honest with each other.

“We have a lot of people involved in this. The only way we’re going to be successful is by telling each other the truth,” he noted. “We can’t be afraid to do that, because it this fails, we all fail.”

What was also critical, according to Howard, was to build trust, which can be extremely difficult when an organization is under pressure to deliver. “We needed to deliver results, and so we chose to trust each other,” he said. “We revealed our dirty laundry, gave each other the unvarnished truth, and I think that galvanized our relationship.”

That, however, was just the start of the journey toward forging a better partnership and, as a result, delivering a better outcome. Below are some other key best practices offered by the panelists:

Of course, none of this is easy; taking these steps requires a great deal of humility, patience, and a shared belief in achieving a common goal.

But the end result is worth the effort, said Christian, who admitted that his opinion of CBTS — an opinion he’ll happily share with colleagues — has changed dramatically. “They understand, as any good business partner does, that if their customers aren’t succeeding, they’re not succeeding.” And although the two organizations certainly hit some “rough patches,” they were eventually able to right the ship.

To view the archive of this webinar – Anatomy of a Rescued Project: How Franciscan Health and a Key Partner Turned Failure into Success (Sponsored by CBTS) – please click here.