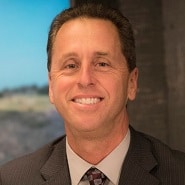 Most agree that health systems don’t want to be in the data center business.

With margins tighter than ever – thanks to the cash crunch caused by Covid-19 – it’s the last place healthcare IT leaders want to sink resources. “As long as you have some data there, you still have to pay for cooling and maintenance,” said Jim Brady, PhD, VP of IS & Infrastructure and CISO, Fairview Health Services, during a recent panel discussion. “And it’s a lot of money.”

Of course, it’s not quite as simple as locking the doors, hanging up a “closed” sign, and moving to the cloud. In fact, it’s a more complex and lengthy process than most estimate, according to Aivars Apsite (Healthcare Practice Manager, HPE), who also participated in the discussion, along with Kory Hudson (Director of Information Systems, Singing River Health System). “It’s not an overnight process. It’s a year, if not longer, of transition planning.” That, he noted, is where the private cloud approach can make an impact by managing data centers “in a cloud-like manner that delivers not only the infrastructure, but the EHR technology stack as a service.”

And that’s just one of a number of tactics being explored as health IT leaders look to control the rising costs of data storage. During the webinar, the panelists shared their thoughts on the benefits of adopting cloud technologies, the barriers that stand in the way, and the strategies they’re using to achieve better outcomes. 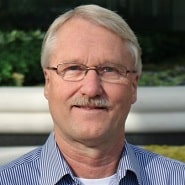 Interestingly, one of the biggest obstacles for cloud service providers has more to with perception than the technology itself. “As soon as you mention ‘private cloud’ in the context of EHR as a service, the premise seems to be that it’s in the cloud,” said Apsite, adding such beliefs are “still deep-rooted in the thinking and psyche of a lot of IT leaders.” In reality, it’s an on-premise solution that allows organizations to deploy their own applications.

At Fairview Health Services, the merging of Fairview Health and HealthEast means merging two EHRs, which Brady described as “a big initiative.” Having those systems on premises means having “more control over the build and the configuration, which engages the staff more. Once you start outsourcing that to remote hosting, you lose control.”

Other key advantages include strong performance, which can’t be underestimated, as well as a familiarity in terms of what type of support is needed. “When you go to the cloud it becomes fuzzier, and so there’s not a comfort level there.”

This method, however, can be quite expensive. But so can migrating to the cloud, particularly for an organization like Fairview that has thousands of servers. Not to mention the fact that there are still questions as to whether full-cloud deployments are even viable for Epic customers.

With all of this considered, it’s no surprise that health systems are considering different options such as on-premise, private cloud hosting. “It’s a good first step for organizations that haven’t used the cloud or culturally aren’t open to immediately putting everything into AWS or Azure,” Brady said. “It gives you flexibility to be able to keep that same experience; that control plane. If you’re not exploring it, my advice is to at least look at it.”

Hudson concurred, adding that the advantages of leveraging a private cloud can differ based on certain factors, including the size of the organization. For Singing River, a three-hospital system based in Southern Mississippi, “it’s viable economically” for a few reasons, one of which is that it offers the option of paying for what you use.

And even if organizations only utilize minimal services, they still get the same performance and scalability levels they would with any cloud solution, said Apsite, “while also being able to fund it appropriately.” The goal with HPE’s offerings, he noted is to “deliver an on-premise solution that provides a cloud-like experience.”

That experience also includes bringing in oversight “that allows you to provide that elasticity into the cloud. When you’re ready, you can move into cloud services that provide things like disaster recovery as a service and other backups. We work with you at your speed. That’s the whole promise of an on-prem private cloud.”

The “as a service” model

Disaster recovery (DR) as a service, in fact, is becoming a more popular option, particularly as organizations wrestle not only with cost structure concerns, but ensuring they can effectively manage data sovereignty and data governance, while also looking to leverage new technologies, Apsite added. 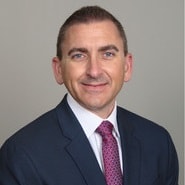 According to Hudson, it brings up an interesting dichotomy. “As we’ve looked at purchasing compute from Microsoft or AWS, we have to take into account redundant circuits that have to be purchased to go to that data center,” he said. “You have to talk about storage and processing power. You have to meet minimum requirements.” And although Epic, which is being used at Singing River, offers a hosting service, it only hosts the EHR — not any of the other 600 applications in use. “In a redundant infrastructure, we potentially could benefit from some cost savings with DR as a service.”

And it’s not just DR; a number of technologies are being offered as a service, including infrastructure, platform, function, and software, which includes EHR as a service (EaaS). For organizations that offer community connect options – Singing River being one of them – offering Epic as a service has proven advantageous. “They pay us to provide the software and the service, and we do all of the service level stuff,” said Hudson. “A lot of Epic customers are doing that.” And although there are challenges and concerns, he believes EaaS is here to stay.

It’s important, however, to distinguish it from remote hosting, according to Brady. Whereas remote hosting entails using on-premise methodologies to manage data for a customer’s EHR, “EaaS, in my mind, is a true cloud-based EHR. That means the whole stack is supported in the cloud.”

No matter what combination health systems choose, the decision to adopt cloud technologies is a critical one that must take several factors into account, said Hudson. “We have to do due diligence to figure out all of the current costs, including depreciated assets in terms of things we’ve already bought. What’s the lifecycle of those products? How we going to transition all of this? Because it’s not just about the EHR; it’s everything else that integrates with the EHR and supports it.”

Above all, it’s looking at the total cost structure, and deciding whether an initiative can help lower those costs. And if cloud adoption can accomplish that — which appears to be the case — it’s a welcome silver lining.

To view the archive of this webinar – EHR Hosting Strategies: Exploring the Pros and Cons of New Options (Sponsored by HPE) – please click here.