For health systems, the financial impact of the pandemic has been devastating. Postponing elective procedures has led to losses of millions (or even hundreds of millions) of dollars, and has put IT leaders in the difficult position of having to cut costs.

And with Covid-19 cases spiking in several areas, it’s one they’ll likely be in for quite a while.

“The financial pressures are going to continue to increase,” said Marc Probst, CIO of Ellkay. Although stimulus funds have helped health systems to stay above water, “It’s just not going to be sustainable.”

During a recent webinar, Probst – who spent nearly two decades as CIO at Intermountain Healthcare – addressed the topic along with John Kravitz, CIO at Geisinger Health System, and John Halamka, MD, President at Mayo Clinic Platform.

Geisinger, a large integrated delivery system based in northeast Pennsylvania, has certainly felt the squeeze. And although the dramatic spike in telemedicine services has covered some of the loss, it certainly hasn’t made up for all of it. And so, like many organizations, Geisinger is working to reduce the number of applications it supports. While the concept itself may seem simple, the process of deciding what do with the data is anything but, according to Probst. 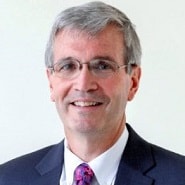 “Thought has to be given as to how you archive that data so it can be usable moving forward,” he said. “You also don’t want to just archive everything.” Instead, leaders must work with users to determine the value of the data, and the format it should be kept in.

At the same time, integrity must be ensured, which becomes difficult when multiple systems are maintained for long periods of time, according to Halamka. “The tendency is to want to migrate existing EHRs into a single monolithic EHR.” The problem? “The schemas are different, and so the data integrity is challenged.”

Probst agreed, adding that even for organizations that have replaced or upgraded the EHR, dealing with legacy data often proves challenging. “How are you going to ensure data integrity and continuity of care for your patients? It’s hard to do, but it’s expensive if you don’t do it.”

At Geisinger, the strategy has been to retain legacy data while migrating to a singular, longitudinal record system. And although it’s being hosted in the cloud, keeping the data is “still very expensive,” even if it’s available in view-only mode. On the other hand, archiving the data offers clinicians the ability to bring data back into the EHR workflow in case they need to view it.

“If done right, archiving can create value for organizations by offering data in a format that is usable and can be exchanged and put into standards,” said Probst. However, he believes decommissioning systems can go further in terms of cutting costs.

“Just archiving to archive isn’t the answer,” he noted. “The answer is decommissioning applications and getting them out of your portfolio so you’re not spending money on vendors and hardware, and you’re not having to deal with redundancy.” That’s where Ellkay comes into play. “We help create those strategies and that methodology to get this data into the cloud and into standard platforms.”

So many apps, so little time

Where this gets tricky, according to Kravitz, is when organizations fall victim to application bloating. For Geisinger, enticing physicians – especially specialists – to rural areas often means allowing them to bring their application of choice. It goes against a core principle of IT governance, which is to always look at the existing stack before bringing in shiny new objects. “That was one of our downfalls because of where we’re located,” he said.

Throw in the fact that Geisinger has done a great deal of mergers and acquisitions for the past 7-8 years, and it’s easy see to why there are 1,500 applications in the portfolio. Decreasing it to 800 has required a renewed focus on adhering to governance processes, which have experienced several iterations.

“We’re working really hard at that,” he said. “There are multiple steps we go through before we’ll even do a ROI on a new application. One is to first look at our existing application stack and determine what can we do within that — even if it’s a customized template, versus buying a new system and having to integrate it.”

The other challenge is deciding which applications to sunset. And while there are different ways to approach it, Probst recommended starting by creating an inventory of the applications, as well as their functions. “We can work with the end users to understand what those are and what are they really trying to do with it,” he said. “But it starts with an inventory.”

What it also does, according to Kravitz, is provide a useful tool for dealing with pushback. “We can see how often applications are actually used and how many users are actually accessing them,” he noted. By being able to show that a certain application has only one or two users, it can help IT managers stand their ground.

Another step he took was the implementation of a team to “divide and conquer.” After eliminating the obvious choice of legacy EHRs and associated systems that are no longer in use, the team can help decide what other applications to purge. When things inevitably get tricky, he gets involved in conversations with end users and service line leaders. And although it’s a “time-consuming process,” it’s also a critical one. “IT can’t make that decision for the business. It’s got to work in conjunction with the business,” Kravitz added. “We can’t be a dictatorship.”

Probst agreed, adding that governance can’t be underestimated in these types of situations. “This isn’t something where an IT leader can sit there and say, ‘You don’t need this. You don’t need that.’ That doesn’t work in the application space where we’re dealing with peoples’ lives,” he said. “You need to get with the end users and understand what their needs are and then figure out how to satisfy those needs while staying aligned with what the organization is trying to do.”

To view the archive of this webinar – Archiving Legacy Applications as a Key Tool in Maximizing ROI and Meeting the Post-COVID Cash Crunch (Sponsored by Ellkay) – please click here.