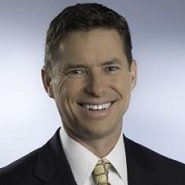 For CIOs, who have spent the past six months scrambling to implement tools that enable providers to practice care, all while establishing a remote workforce and ensuring the lights are kept on, keeping an eye toward the future may seem impossible. Or at the very least, counterintuitive. But if the organization is to thrive — and not just survive — it’s precisely what needs to happen, according to Robert Eardley, CIO at University Hospitals.

Taking inspiration from author Jim Collins, Eardley believes leaders who are focused mainly on completing the next project on-time and under budget are at risk of missing the big picture. On the other hand, those focused on making “a series of good decisions build on top of each other” can help their teams achieve success.

During a recent interview, Eardley spoke with healthsystemCIO about why it’s so critical to think long-term, what he considers to be the top qualities in future leaders, and the keys to successful change management. He also talked about the evolution of consumer engagement (and the role IT plays), how UH is working to keep healthy patients at home, and his thoughts on the power of ‘need.’

Gamble:  Can you start by providing an overview of University Hospitals — what you have in terms of beds, where you’re located, things like that?

Eardley:  University Hospitals is in Northeast, Ohio, centered out of Cleveland. We have 14 hospitals, and about 35 health centers and 350 physician offices. We’ve got about $4.5 billion in net patient revenue and about 2,700 physicians employed by the health system and about 4,500 physicians overall.

Gamble:  So obviously a pretty good-sized system. What type of EHR do you have in place?

Eardley:  We primarily have Allscripts and Cerner. We use Cerner’s Soarian product line for scheduling and billing, and we use various Allscripts products, including Sunrise in the hospital setting and TouchWorks in the physician offices. We also use DbMotion, a product that marries the two together; FollowMyHealth, a patient portal; and Care Director, an application that helps us do population health.

Gamble:  I guess the million dollar question would be, are you planning to move to a single platform?

Eardley:  There have been talks about a single integrated platform. We’ve looked at the marketplace recently. Earlier this year, we were entertaining options with our current supplier – Allscripts, and in the past we’ve looked at Cerner’s product.

The benefits of combining clinical records from the physician office and the hospital are undeniable. And with the move toward population health and value-based care, it puts more pressure on having your scheduling system integrated with the clinical experience as well as the reimbursement or billing system. For those reasons, we are taking a look at what would be the right product mix on a go-forward basis.

Gamble:  But it’s not a decision that needs to be made overnight, which I’m sure helps with being able to do proper vetting and make sure it’s the right solution.

Eardley:  That’s correct. We want to make sure that we find the right long-term solution, because we’re meeting the requisite regulatory requirements right now, whether it’s MACRA, MIPS, or any incarnation of Meaningful Use. We don’t have pressure from that standpoint. But we do want to be on the right core transactional EHR to support our go-forward strategic plans.

Gamble:  Sure. Along those lines of strategic plans, let’s talk about Covid-19 and how it as affected University Hospitals. Where are you right now in terms of cases? Have facilities reopened for the most part?

Eardley:  Yes. We’ve been following the guidelines from our governor. Elective surgeries have returned, which has been a positive. We saw a significant drop-off in April, as did many other states. In March we were partially restricted from an activity level in net patient revenue, and April was severely down. Some came back in May, but we were still significantly down. It wasn’t until June that we were actually within single digits of normal patient activity levels and patient revenue levels. Our job is to communicate to our community and to our patient base that it’s safe to receive care at University Hospitals — we don’t want patients to delay their care. It seems the message is coming through; in July, we were close to our normal patient activity levels. From a Covid perspective, we are seeing a strain of activity related to the virus. At this point it’s within manageable levels, both in terms of hospital bed count across the system and ICU bed count, but we’re certainly seeing the impact.

Gamble:  Were there major projects or priorities that had to be pushed back because of Covid?

Eardley:  None that were significantly pushed back. For us — and this is true for a number of health systems — it was an acceleration of a few big strategic pushes that were already in our plans. There was a push around virtual care; Covid legitimized it. Because of the reimbursement adjustments which occurred in March and April, it became a funding source, of course, and then consumers were confident in trying virtual care, sometimes with a provider they’ve had a relationship with for years. And so virtual care was one significant strategic goal that was accelerated.

The other was analytics. That’s a broad term, of course. We use a few different visualization tools including Power BI and Tableau, which sit on top of our enterprise data warehouse. Because the activity levels were so unlike a normal day or a normal week, it really put intensity of focus on the analytic dashboards that were created to have an enterprise view of the patient activity, as well as the inventory things like beds and vents, ventilators. It accelerated the move to a data-driven or an analytics-driven culture as well.

Gamble:  Prior to Covid, had the organization already been moving toward a data-driven culture?

Eardley:  It’s like a lot of things in healthcare. When there’s need, it progresses quickly. When it’s a theory, it’s esoteric and it just sits out there for a while. I think many would say that we had always looked at the activity levels, the finances and the quality metrics, but because of the intensity of the daily changes — sometimes even the hourly changes — there was much more focus on looking at the data feeds and being able to produce it in a visualization or in a dashboard that was very meaningful to hundreds of people, and trying to get that distributed out routinely. I think it put more purpose to a concept that certainly we’ve been on for quite a while.

Gamble:  I imagine a lot of organizations were in the same boat with wanting to offer virtual care or set up sophisticated dashboards, but when there was an immediate need, that changed things. And of course you need to have the infrastructure in place.

Eardley:  Yes. I’ll give you an example. In the past, we had many Excel spreadsheet versions of the story. We had supported the move to an enterprise data warehouse over the last few years, and we put Power BI — which is a popular tool — on top of that. But many people had gotten used to an Excel-based view of the world.

As we got into the pandemic, the idea of running the health system off Power BI dashboards and Power BI-driven visualizations became important as data needs intensified. But some in our organization have previous experience with Tableau, which is another visualization tool, and so we chose to support both Power BI and Tableau. In fact, many, if not all, of our Covid-related dashboards and information that gets distributed to our senior executives now are either Power BI or Tableau driven. That’s a big shift from what it used to be — an Excel spreadsheet that was compiled, had macros run against it, and was distributed, possibly even converted into PDFs. Those days are a little bit behind us now.

Gamble:  I imagine it can be difficult to change that thinking, and it’s certainly a different set of workflows, but it seems the organization was pretty receptive to it.

Eardley:  It was, and it goes back to the concept of need. There was a need to be able to trust a centralized data source and trust a set of dashboards that sat on top of that. Within our unified Hospital Incident Command Structure (HICS), we ran one unified command across our system of 14 hospitals and numerous clinics and physician offices. That was unique; typically command structures are at the hospital level. Running it at an enterprise level helped produce visualization reports for Tableau and Power BI dashboards, and so those became top of mind for everybody. It was that need; we needed to know what our ICU capacity was. We needed to know the number of employees who were Covid-positive. We needed to know the bed capacity we had. That need almost authorized us to really leverage the enterprise data warehouse and those visualization tools I mentioned. Whereas in the past, because things weren’t as rapid fire, somebody might have gotten an extract out of one of our large systems, manipulated the data with an Excel, and produced a report at some point after that. It wasn’t necessarily inaccurate, but now we’re really trying to organize ourselves so that as a health system, we have trust in the enterprise data asset and we can build visualization tools or dashboards and reports on top of that data.