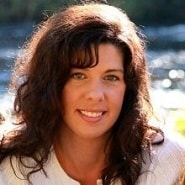 For most organizations, legacy data archiving isn’t considered a top-tier project; it often takes a backseat to EHR implementations or other major initiatives.

That, however, may not be the case for much longer. As mergers and acquisitions continue to rise, the ability to migrate data in a cost-efficient and timely way is becoming increasingly vital, and not just because of the potential to reduce costs.

“By reducing the application portfolio, you have the opportunity to reduce the operational burden of maintaining availability of systems, access, and backups and redundancy for preservation of data,” said Lorri Page-Santacruz, who spoke on a panel along with Dave Lundal, CIO at Children’s Minnesota, and Jim Hammer of Harmony Healthcare IT.

It’s an area Page-Santacruz knows well. In her role as Director of Enterprise Architecture at Northern Light Health, her primary objective is to reduce the number of applications and consolidate the end-user population into enterprise-wide applications wherever possible. As the organization has expanded, that has become more and more difficult. By partnering with Harmony Healthcare IT, the 10-hospital system was able to store clinical and financial data in a way that’s easily accessible. In fact, “it’s become an expectation that historical data is going to be there and will be available to all end-users,” she said. “It doesn’t live in silos anymore.”

For Northern Light Health, archiving legacy data has resulted in a solid ROI — but not just “hard” cost savings, which were achieved by eliminating maintenance, storage, and data center costs. They’ve also seen “soft” cost savings by helping clinicians and IT staff more quickly locate critical information. Rather than having to remember old EMR log-in information or navigate through countless systems, users can find all the data in one location. “It’s a huge time saver,” she noted. 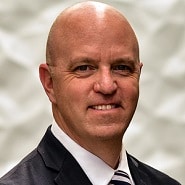 Hammer concurred, adding that some record requests could take tours, particularly when there are hundreds of applications to sort through. On the other hand, “In the archive world, it’s literally a click away.”

For most organizations, the key driver in considering data archiving is to reduce expenses and decommission past inventories, according to Hammer. There are, of course, other motivators, including infrastructure reliability and stability, and the capability to support applications, but lowering costs is the ultimate goal.

As health systems proceed down the path of archiving, there are several issues that need to be considered and challenges that must be dealt with. During the webinar, Page-Santacruz, Lundal and Hammer shared some of the lessons they’ve learned, and offered advice on how to best navigate that path.

And so, while there are a lot of factors to consider, legacy data archiving solutions — when done right — can help reduce the burden associated with maintaining applications that, in essence, “take up space in what’s a pretty precious data storage environment,” said Page-Santacruz. “All of these things have a cost to them; they’re a big part of what helps build a compelling ROI for data rationalization.”

To view the archive of this webinar – Finding Cost Savings with Legacy Data Management (Sponsored by Harmony Healthcare IT) – please click here.