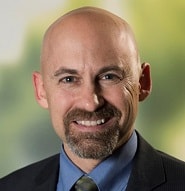 If you aren’t willing to say ‘no’ once in a while, perhaps the CIO role – especially at a relatively small pediatric organization – isn’t for you. Because the reality is that it’s going to happen more than once in a while, and so being able to make tough decisions is a requirement.

There are, however, advantages when you’re a David in a sea of Goliaths. For one thing, “you get used to McGyver-ing things at a smaller facility,” said JD Whitlock, CIO at Dayton Children’s. “It’s nice to have those tools in your tool box.” Another benefit is being able to move quickly, he noted in a recent interview, during which Whitlock discussed his team’s strategy in adopting an enterprise imaging architecture, how Dayton is collaborating with pediatric organizations through an innovation incubator, and why he believes it’s “irresponsible” for leaders to focus 100 percent on Covid.

Gamble:  What would you say are your most pressing priorities from an IT standpoint?

Whitlock:  Obviously we can’t avoid the topic of Covid-19. As you and I joked about during the prep for the call, it’s getting a bit repetitive. But it’s a reality at Dayton Children’s, as it is everywhere. We all ramped up telehealth, and now we’re in the phase of figuring out what that looks like for the long haul — how do we optimize telehealth and go beyond simple visits? How do we make sure video visits are integrated with clinical workflow to the extent possible, so it can more easily become part of their daily lives? Just like anything else associated with electronic health record, that’s a never-ending journey of optimization there.

Another big project is enterprise imaging. Like a lot of other health systems, we have a stovepipe storage situation for medical images that sort of grew up over time. We are in a position where our PACS needs a refresh, and so the smart way of doing that is to acquire a vendor-neutral archive before we do an upgrade so that we can do that PACS migration into a vendor-neutral archive — or as we call it, a clinical image archive.

That’s a big acquisition for us. Because the whole point of an image archive is that you’ll be happy with that architecture for a really long time, and you can plug and play different PACS and different imaging modalities over time. That’s a major decision, and we’re going about it very methodically. And as we had our budget discussions for FY 21, which started in July, we were severely constrained financially. But our leadership decided that although we have to cut a lot of corners in other places, we really need to go forward with enterprise imaging. And so we had some really good planning discussions around that, working on the RFP for our PACS and clinical image archive.

Gamble:  I can imagine that was a big sigh of relief, considering all the extra work that’s created when there isn’t a centralized imaging strategy.

Whitlock:  It was. We did an analysis and worked with a consultant to interview all of our clinicians who are involved in any way with capturing images. We’re seeing a lot more things like point-of-care ultrasounds and other tools being used in specialty areas. Where is all of that being stored? Maybe you don’t need to store the whole video with point-of-care ultrasound; you can store some snapshots. But anything that’s clinically important enough to take a snapshot of, probably ought to be in the electronic health record.

There were a lot of discoveries of images being stored in a one-off application; in some cases they aren’t being stored in the most effective ways from a backup, reliability and security standpoint. And some images aren’t being stored that should be. And so, implementing that enterprise imaging architecture strategy and governance is one of our key focuses for the next fiscal year.

Gamble:  I can imagine it’s a big undertaking. Can you talk about what goes into the planning of something like that?

Whitlock:  Sure. As a mentioned, we had a consultant conduct interviews with all of our clinicians. This person was a radiologist who had done some work before in enterprise imaging; she did a great job. She knew all the right questions to ask physicians about what they might need for their particular specialty, and she has created some really nice planning documents for us and is walking us through all of our governance activities.

We have a pretty good clinical governance process. We have committees in place for everything else; we just hadn’t gotten around to imaging yet. We’re planning to stand that up for imaging as well, which will help with some of the acquisition decision. We want to wind up with something that everybody’s happy with: radiologists, other clinicians, my boss, the CFO, etc. We want it to be affordable. Our IT team wants a good architecture, and we want to get the best value from a platform in terms of long-term total cost of ownership.

Gamble:  What type of timeframe are you looking at?

Whitlock:  We are working on our RFPs right now. We hope to have that ready to go right at the top of the fiscal year and hopefully make some decisions within the first quarter and get off to the races. Hopefully we’ll have the basic architecture in place at some point during this fiscal year. Of course, that doesn’t mean every single image must be in the clinical image architecture by the end of the FY; it’s a multi-year journey.

Other major systems — for example, cardiology PACS — we may not touch until it’s time for a refresh for that solution. You can’t do everything. We’re going to do our PACS, and we’re going to focus on lost children images, which really should have a better storage strategy. We’ll chase after that first and then we’ll get around to everything else as it makes sense.

Gamble:  Enterprise imaging seems like it could definitely be a physician satisfier. Was there a demand for this among users?

Whitlock:  Actually, it’s one of those things where sometimes people don’t know how bad they have it until they see something better. Unfortunately, our physicians have to go to different places to see images from different modalities; it’s not necessarily pleasant, but it’s the way it’s always been. In the future, we’ll have an enterprise viewer, and to the extent we get all of these images into the clinical image archive, they will have one chronological view of all images using the patient viewer. That, of course, will be integrated with Epic.

When you describe that, they may say, ‘That sounds great.’ It’s not the thing they’re complaining most loudly about, simply because they’ve been used to doing things this way for a long time. And so it’s not at the top of their list.

Gamble:  Right. But once they see how it works, they might say, ‘Wow, it could’ve been like this the whole time.’

Whitlock:  Exactly. That’s something we struggle with at Dayton Children’s. We’re small, and so it’s tough sometimes to keep up with large health systems. I would guess that most of them have at least some type of enterprise imaging strategy in place.

Gamble:  In terms of Epic, do you have any plans for upgrades or changes?

Whitlock:  Everyone has to do Epic upgrades. Our strategy is to do them every six months; but we don’t do that latest quarterly release. We’re six months behind. So we do one in the spring and one in the fall, and that has worked well for us. I know a lot of other Epic customers are doing the same thing.

In terms of major projects, we’re adding clinical case management. We just added inpatient behavioral health last year, and now we’re doing a significant addition to that for a behavioral health day treatment plan. Like pretty much all children’s hospitals, we’re dealing with the epidemic of behavioral health; and Covid is doing nothing to help that situation. So we constantly have to expand our services there. Those are the big ticket items we’re working on.

We also made some decisions to hold off on Epic modules. Some of the bigger ancillary modules that some larger systems have just didn’t make sense for us at this point.

Gamble:  You said earlier that ‘you can’t do everything’; you can’t green-light every initiative. I would imagine that’s a tough pill to swallow, but it seems like a necessity when you’re a smaller organization.

Whitlock:  It is. We have physicians and clinicians come to us from other facilities and say, ‘Why don’t we have XYZ? I had it at this other place,’ or ‘I just finished my pediatric specialty fellowship at this gigantic academic medical center — why don’t we have the same tools?’ It’s a conversation we have to have sometimes. Occasionally, however, it results in innovative things people have seen in other places that we can get implemented. Because it’s a learning environment within Epic where people can share what they’ve done, as long as it doesn’t involve a major project and or new acquisition. Sometime our size actually helps, because we can move quickly on some of the innovative things that don’t take large amounts of money. So there are pros and cons to being small.