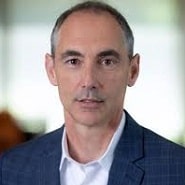 When my younger son was playing Little League, he played for a coach who had a great way of working with the kids. At the beginning of the year, he would explain that their goal was to get one percent better at each practice, and that by the end of the year they would be amazed to see their improvement over the course of the season.

I loved that concept. The more I thought about it, the more applicable I found it for me — both personally and as the leader of my organization. I started to apply it to my own practices: getting one percent better at a skill I was trying to develop, being one percent healthier in my choices for exercise or food.

My ‘aha’ moment came when I recognized that this is leadership. It’s not about some charismatic performer with a new mission statement. Rather it’s providing a clear, concise message about what’s important, getting buy-in that this is something worth doing, and then asking each person to find their “one percent better” commitment to impact their work. I leave that decision to them. I just ask for a simple one percent.

Not only did this seem extremely easy to me (as a leader), it also seemed like a very logical approach to managing large teams. But the truly convincing part was when I saw it in action, and started to see the cumulative impact of a large number of people all striving for one percent better. It was nothing less than transformative. And there I found it — the potential for organizational transformation in an easy to follow playbook.

I liken back to baseball, where this piece started. Baseball is a game of day-after-day, grind-it-out persistence. Championships are won not by a single great performance, but rather by a commitment to coming to the ballpark every day for 162 games and being at least one percent better than your opponent, over and over again.

“One percent better” works for individuals, teams large and small, and for whole organizations.

So what’s your “one percent better” commitment this year? I know mine.

Originally published on UCI’s blog page, this piece was written by Tom Andriola, Vice Chancellor of Information, Technology & Data at UC Irvine. To follow him on Twitter, click here.