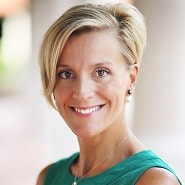 There are initiatives that generate a lot of excitement in the healthcare industry — the ones that will garner headlines and possibly even accolades.

And then there are the others — the ones that help provide the stability needed to maintain operations during a crisis, and establish a foundation for the “shiny tools.” Network agility falls into the latter category. But for organizations that have made it a priority, it’s proving to be an extremely worthwhile investment, said Jake Dorst, (Chief Information and Innovation Officer at Tahoe Forest Healthcare System), who served on a recent panel along with Stephanie Lahr, MD (CIO and CMIO, Monument Health), and David Logan (VP of Strategy, Office of the CTO, Aruba).

“We were able to move quickly and do things we wouldn’t have been able to do 10 years ago,” he noted. “That really demonstrated value to my team, as well as my colleagues in the C-suite.” During the Covid-19 pandemic, when IT organizations were being asked to do so much in such little time, Dorst was able to tell the board, “Yes, we can do that. We can be as agile as you need us to be.”

And they’ll need to continue that, particularly with the advent of IoT. “With so many biomedical and other devices now being connected together, and being fully dependent on their successful integration and management at the network level, it’s imperative that agility is part of the future,” said Lahr. In fact, it’s one of the primary drivers as Monument Health looks to replace its network and wireless infrastructure. Rather than rely on hardware, the idea is to have the software do “the heavy lifting” by determining which devices can be connected to the network and how it should be provisioned, while also addressing security issues.

To some, however, the words “network” and “agility” don’t exactly go together. But for those who view the network as a foundation for the hospital system, the two must go hand-in-hand.

At Tahoe Forest, partnering with Aruba has enabled the organization to remain on the cutting edge, while offering a level of flexibility that has paid dividends as a large percentage of the staff transitioned to remote work. “The ROI we saw wasn’t based on cost savings, but on the agility we gained when Covid started gaining traction,” said Dorst. “It was one of the first times in my career that I didn’t have to worry too much about the network. I knew that whatever clinic or screening station they wanted to set up, we’d be able to do it, which was a load off my mind.”

The technology, however, hasn’t been the only roadblock.

“The talent pool — or lack thereof — for what is becoming a very complex job didn’t sit well with me,” Dorst said. “And it only seems to get more complex and more expensive, to be honest.”

According to Lahr, there are two key reasons why staffing has been challenging. First, healthcare is competing with other, more lucrative industries for top people. “There’s always someone with more resources who can steal them away, whether you’re a big shop or a small shop.” Secondly, the complexity of the environment can serve as a deterrent.

But there is another way: by steering away from networks that require a high-touch, and opting for platforms that make it easier to onboard new devices and grant varying access levels, said Dorst, whose team has leveraged Aruba ClearPass to ease the process. “It lowers the learning curve so that I can get folks in here who don’t need to be world-class engineers with military backgrounds,” he noted. “Now, I feel we have a more agile stack that’s easier to learn. It removes some of the barriers to entry.”

What’s on Your Network?

Another critical component in creating an agile network is understanding what exactly is on that network, and being able to manage it while still maintaining its integrity, stated Lahr. For many organizations, including Monument Health, this can be difficult, particularly when the right tools aren’t in place.

What often happens is that performance issues — such as an EHR running slowly or data not transmitting from IoT medical devices — are wrongfully blamed on applications. As a result, leaders become “wrapped up in difficult conversations, when in actuality, it’s not the applications that are at fault, but the backbone of what’s supporting them.” Or, it would seem, the lack of an adequate backbone.

As the industry moves forward, the ability to support applications and ensure device connectivity will only increase. “If we’ve learned anything in the past few months, it’s that the future is quite difficult to predict,” noted Lahr. And so any investments that are made “need to be scalable to sustain the test of time and grow with us as we grow into spaces we don’t know we’re going to live in.”

For example, Monument Health wants to enable a seamless mobile VoIP strategy, something she didn’t foresee as a need a few years ago. “As we think about what new things we might be asked to do in the future, agility of that backbone system that allows everything to communicate is going to be essential. That’s why we need be looking at improving network agility.”

Dorst agreed, adding that having a robust network with redundancy and fail-over baked in will be increasingly vital in the rural health space. “It’s no longer a secondary or tertiary focus,” he noted. “That’s changing now that we’ve seen this adoption of telehealth. And that’s where agility needs to be part of the conversation.”

Finally, having an agile network in place enables CIOs and other leaders to transition out of firefighting mode and stop having to say ‘no’ so often, said Logan. “Because of the way we’ve built our technology, you’re going to be able to say ‘yes.’

And to CIOs, that is exciting.

To view the archive of this event – Healthcare at the Edge: How Network Agility Enables Better Outcomes (Sponsored by Aruba – an HPE company) – please click here.