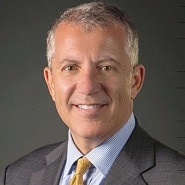 Finding the right innovation partner is not easy. In fact, the reality is that when you vet as many companies as UCHealth has as part of its ongoing goal to disrupt and reinvent healthcare, you’re going to “kiss a lot of frogs.”

But if the goals and values are aligned, and the right intent and expectations are established upfront, it can result in a great relationship, said Richard Zane, MD, who holds the dual role of Chief Innovation Officer at University of Colorado Health (UCHealth) and academic chair of the Department of Emergency Medicine at the University of Colorado School of Medicine. In a recent interview, he spoke about the ultimate objectives of digital health and intelligence, the guiding principles with any technology solution, and the one component that matters most when working with clinicians.

Dr. Zane also discussed what it was like to be UCHealth’s first Chief Innovation Officer, why leaders shouldn’t always target the “sexy” projects, and the symbiotic relationship he has established with Chief Information Officer Steve Hess.

The worst companies to work with are those that have a preconceived notion of what the problem is, and have designed a solution without including us.

There’s a willingness with the company we work with. The companies that don’t have that willingness don’t get to work with us, and we have no interest in working with them.

It’s not Silicon Valley or Boston. I don’t have a scarlet S or a crimson H on the side of my building. And so my differentiator is that we get stuff done. We move forward deliberately.

We look for problems on the frontlines; sometimes they aren’t sexy. Online scheduling is not sexy, but it’s what we have to do. It’s what patients deserve and want.

Gamble:  Let’s talk about finding the right innovation partner. I imagine that’s not an easy decision; you need to have a lot of faith in them, and in the partner. Can you talk about your process when it comes to vetting companies?

Zane:  Absolutely. It’s the most important part, right? The characteristics of a partner is really important. We look at the usual things: do they have a track record? Have they done anything else? Do they have references? What’s their funding like? Do they have confidence?

What we do is, we put the right people in a room together for a collaboration assessment — that’s after the initial screening. If you look on our website, there’s a place where you can apply to be partner with us. We have venture analysts that do due diligence and background on a company; if you make it through that process — and most companies do not — then we do a collaboration assessment.

That’s where the company comes in, almost always with their CEO and leadership team, and we get them in a room with my team, as well as some subject matter experts. And those experts don’t have to do anything but serve as experts. We surround them with project management and implementation science so they can just offer expertise. We think about what the problem is and we choose a minimally viable product that we’re going to work on; one in which neither UCHealth nor the company has to lay out a ton of resources. The entire intent of building that initial minimally viable product is just to determine whether we can work together.

And that’s the secret sauce. Because these companies have a very different cadence than academic medicine. They burn cash and they go quarter to quarter; they have to understand that we respect their position and we can match their cadence. They also have to know that we are experts in the delivery of healthcare — in the people, processes, and tools. The worst companies to work with are those that have a preconceived notion of what the problem is, and have designed a solution without including us.

If they can work with us to describe the problem we’re trying to solve, and work with us to build a solution with the competency of industry, the cadence of industry, the engineers that healthcare doesn’t have, that’s something special. If you make it through literally the hundreds of companies that try to work with us, it becomes a self-fulfilling prophesy, because we know it’s a problem. They agree it’s a problem. We have a team that can solve this problem together. We need to be a customer because we need the solution, and then we invest in the company. We drive it to success and then we help them scale.

Gamble:  Have you found that there is that willingness along companies not just to sell a finished product, but to really work with you and understand the organization’s needs?

Zane:  There’s a willingness with the company we work with. The companies that don’t have that willingness don’t get to work with us, and we have no interest in working with them. In the past two and a half years, we’ve had more than 600 companies try to work with us. You have to kiss a lot of frogs before you find a good partner. But we know that when we find a partner and invest in your company, it’s going to work.

Gamble:  Right. So really, it’s determining whether you can work together and zeroing in on that dynamic, and making sure you’re not just making a quick decision, but the right decision.

Zane:  You’re right. But it is important to act quickly; we don’t struggle with decisions. We’re in Colorado. Colorado is a beautiful place with blue skies and incredible mountains. It’s a lovely place to live, but it’s not Silicon Valley or Boston. I don’t have a scarlet S or a crimson H on the side of my building. And so my differentiator is that we get stuff done. We move forward deliberately. We de-complicate every complication that comes with working with an academic enterprise — contracting, legal, finance, research, IRB processes. All of those are measured in days and weeks, whereas others measure them in months. Because everybody wants to have Stanford and Partners HealthCare and Cleveland Clinic on their cap table, but if you want to get something done, you come to us. We partner with all those other systems. Very often, some of the biggest, most well-known systems who were working with those companies come to us, and we get it done.

Gamble:  In terms of your philosophy, is it more about deciding the next priority and matching an innovation to it, or is it a more organic process?

Zane:  It’s not organic as much as it is opportunistic. Sometimes a company that has been successful will come to us, because they know we can assist with the next stage of development. And so we try to have committed partnerships in all domains, large and small — for instance, big tech, little tech, pharma, and payers. If we can triangulate other partnerships with these companies, it minimizes the risk for us and for them. So we are opportunistic.

We’re also very pragmatic. I report to the CEO of the healthcare system on the chief innovation officer role, and I report to the dean in my chair role. It’s a priority for this entire organization to solve these problems. I also run a large clinical practice, where I’m on the frontlines with everybody else. We look for problems on the frontlines; sometimes they aren’t sexy. Online scheduling is not sexy, but it’s what we have to do. It’s what patients deserve and want. It may not be sexy to order the right medication that your insurance company covers, but it certainly is novel. We do some cool things as well, but it’s not all about that.

Gamble:  Right. You had mentioned before about the CIO being a visionary. Can you talk about the dynamic you have with Steve Hess, and what it takes to build a strong relationship between these two roles?

Zane:  It requires pragmatism. It requires a CIO who is beyond committed to impacting the lives of our patients, and strongly believes that the strategy for IT is the innovation strategy, and the innovation strategy is the IT strategy. That’s his line. I used to say that we’re joined at the hip; he’s more eloquent. But we really are joined at the hip. We present to the board together. We do budgets together. We have a whole team of engineers that report to me and another that reports to him, and they’re intermingled. So it’s very symbiotic.

Gamble:  What was it that sparked your interest in innovation and in taking on this type of role?

Zane:  I’ll be really transparent with you. I needed tools to deliver the care I wanted, and I couldn’t afford to buy them. That’s as simple as it could be. In my prior role as an academic chair, I was committed to bringing data science and clinical decision support to the bedside. There were some interesting companies that had made some progress, but they were charging an arm and a leg. So I said, ‘If you work with us, we’ll make your company better. We’ll share in whatever revenue we build together, whatever value we create.’ And that became a self-fulfilling prophecy.

Gamble:  So you took matters into your own hands.

Zane:  Right. I couldn’t buy it and I couldn’t build it, but I had to do something. And so that became the strategy, and it worked. I have a CEO and a dean who are not risk-averse and loved the vision.

Gamble:  That’s a huge part of it. And you’ve been in this role for about three years. What were your initial thoughts when you took on the chief innovation officer role?

Zane:  I’m not as deliberate as that, to be honest with you. I was being recruited to another big position at another big healthcare system. A few people knew I didn’t want to do that, so they asked me, ‘What do you really love to do?’ And I said, ‘this.’ At the time, I didn’t know there was a chief innovation officer role. There hadn’t been one in place here, and when I looked around the country, there were few doctors doing it — and hardly any doctors who also were in charge of a big practice and reported to the CEO. There were a lot of chief innovation officers, but they were mostly focused on clinical transformation, things like process redesign, payer redesign, and risk. And on the other end of the spectrum, you had former digital health and startup experts. There weren’t a lot of people with my background.