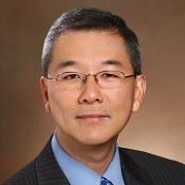 I started my role as “chief complainer” back in 1997 when I responded to the COO at the University of Colorado hospital. The COO claimed to have given the clinicians all the fancy computer tools they could need, including an electronic record that captured dictation and a “user-friendly” lab system. I had some issues with those sentiments, and I wrote a seven-page rebuttal that detailed point-by-point how terrible things were electronically.

About a week later, the CIO gave me a 10 percent position as a physician liaison to IT. My job was to tell our doctors about all the good things that IT was already doing for them. That was how I started my career. That assignment must have gone okay because it eventually transformed to 50 percent of my job. Right now, 85 percent of my job is in informatics.

For the first decade of my career, I was the medical director (and the entire department) of medical informatics. Consensus back then was not difficult. But over time, the department has grown to a team of 30 physician informaticists called the physician informatics group — what I call my large PIG. This big group supervises EHR customization and improvement for frontline clinicians; we have about 4,000 healthcare providers using the system.

In the last decade since UCHealth switched to Epic, our effort to expand and improve the usefulness of the EHR has only accelerated. The EHR is tasked with a growing number of tasks. The acceleration has made it difficult to not leave physicians behind. We’ve gone from optimizing every other year, to once per year, to quarterly. It is difficult for physicians to stay aware of changes and shortcuts, though these changes may make tackling things more efficient.

Some clinicians trained on the initial system in 2011, and many clinicians often feel that they don’t have time to learn about new shortcuts, even from a monthly optimization email. Clinicians really look at the EHR more like a 17-volume translation of the paper chart that comes on a handcart from the basement medical records. The EHR is seen as something to endure rather than a partner in delivering care, but my team is trying to change that perception.

Facing these issues, my team and I knew that we had failed at doing wide-broadcast, light-touch optimization. We needed to do something more intensive, and so we set up our Sprint program. Though it was challenging to get the program started, we have been able to demonstrate that we can transform the way each practice uses the EHR so that they see it as more of a partner than a burden. We have done this with an intensive deep dive into one practice at a time with an informatics team of 11 people.

Initially, we were very careful when setting up Sprints, which are not inexpensive. Setting up a Sprint team costs over $1 million. In 2016 and 2017, I started by stealing people to get the informatics team together. I basically asked to borrow people for two weeks and promised to show what the team would be able to do. In the end, that team was essentially disbanded and the people returned to their usual jobs.

However, the downstream reputation of what happened in the endocrinology practice where we started was tremendous. Almost the entire committee of department chairs throughout the university clamored to go through Sprints next. That’s what got the team moving forward.

It was difficult in the beginning because we needed to justify the $1 million spend. I was able to do show ROI from a clinician wellness perspective. For example, doctors who work until 11 p.m. can get part of their lives back by optimizing the EHR.

Burnout is one way to calculate ROI. Using the American Medical Association’s calculator, we estimate that each year, 7 out of every 500 doctors quit because of burnout. If we can help doctors understand that the EHR isn’t working against them, but rather, is reducing burnout by as much as 50 percent, an average of 3.5 fewer doctors would quit each year.

We know that replacing a doctor costs $500,000 to $1 million dollars in resources. Burnout gradually leads doctors to cut back their hours, which leads to lost productivity, until they eventually quit. When we hire someone else, it takes many months to train the person and get him or her up to speed to be a full-time clinician. We calculated all these factors at a lost opportunity of about $1 million per doctor. From this burnout perspective, $3.5 million from optimizing the EHR is a pretty good return.

The Three-Pronged Approach to Burnout

Health system leaders also need to ask themselves whether they offer an attractive place to work and are dedicated to physician wellness. When the C-suite’s plan for combating burnout and improving wellness is a meditation seminar, the informatics team can show it is a terrible solution.

From my perspective, tackling burnout is a three-pronged approach. It involves a culture of wellness, which has to do with leadership. It involves practice efficiency, which is what our Sprints take care of. And it involves personal resilience, such as meditation and other personal habits. But to approach the problem purely from a personal-resilience perspective is offensive to clinicians. We have to be very careful that we use all three approaches, of which the Sprint program is the most important.

I have a blog called The Undiscovered Country. On a weekly basis, I write about the journey our organization has been on both with informatics in general and in training physician recruits. When they join my team, they think it’s cool to learn how to build buttons and change templates and so forth, but really, training is about relationship building.

You won’t go anywhere with a tool unless you build the right relationships, develop consensus, and understand what governance is about. Before you deliver the tool to your end user, you need to be sure you understand your end user. That has been a large part of what I’m trying to train my team to do.

Originally published on KLAS’ website, this piece was written by CT Lin, MD, CMIO at UCHealth and professor at University of Colorado School of Medicine, and a participant in the KLAS Arch Collaborative. To follow him on Twitter, click here.