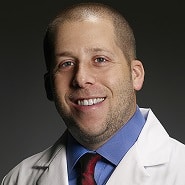 You never know where the next big idea will come from.

It’s a talking point often used by leaders seeking to inspire creativity. But at Virtua Health, it’s more than lip service — and not just because the NJ-based organization has its own Center for Innovation. In fact, the idea that resulted in the deployment of intubation boxes to protect both providers and patients during Covid-19 came from outside the organization (and the industry, for that matter).

To Adam Glasofer, MD, who serves as both Chief Innovation Officer and Associate Medical Director of Informatics, it didn’t matter in the least where it originated; just that it had the potential to improve outcomes. “Ultimately, it’s about thinking outside the box and listening,” he said.

During a recent interview, Dr. Glasofer discussed the critical role innovation has played in Virtua’s response to Covid-19, and how the pandemic has “raised the bar” when it comes to digital engagement. He also talked about the organization’s bold plans for l predictive analytics, the challenges they faced in scaling up telemedicine, and what he believes is the “greatest tool” for clinicians.

Providers are worried about the data that’s coming in. Are they responsible for it? Are they liable for it? Who’s managing it? Those are legitimate concerns, because without those processes in place numbers are just getting dumped into the system

This has rapidly raised the bar in a way that many organizations were ready for and, unfortunately, some were not. Fortunately, Virtua’s senior leadership had the foresight to invest in a lot of these things and not give up on them despite the lack of widespread success.

Nothing like this has ever happened before. We can only look around and see what models are working and what models aren’t, and at the same time, look internally and make sure what we’re doing is working, and if not, adapting it.

Gamble:  Aside from telemedicine, there are other ways in which technology is being leveraged to improve engagement. Can you talk about some of the initiatives happening there?

Glasofer:  In our digital health world right now, we’re trying to scale up some of our remote patient monitoring options. For example, we’ve launched a program in conjunction with our pulmonary physicians and our emergency departments where specific patients are being discharged with a pulse oximeter, which measures oxygen levels in the blood by attaching a clip to your finger. In doing that, we can monitor their clinical progress from afar. That’s just one example of some of the tools we’ve been investigating over the years. We’re now looking to figure out ways that we can put them out there to help both sides of this equation: patients and clinicians.

Gamble:  I would think it’s really gratifying to see things like remote monitoring get a boost.

Glasofer:  For me, it is. I still do a clinical shift; every Tuesday I work in one of our pediatric emergency departments. Aside from the fact I enjoy it, it also helps maintain my street cred, so to speak. And so, when I’m pitching things to our providers and our medical staff, they know that I’m doing the same job they are, and I know the challenges that come with it.

One thing we’ve heard over the years with remote patient monitoring is that providers are worried about the data that’s coming in. Are they responsible for it? Are they liable for it? Who’s managing it? Those are legitimate concerns, because without those processes in place numbers are just getting dumped into the system, which frankly is a bit of a risk for both the patient and the clinician. I do think we’re starting to see more understanding and more formalization around these processes, and more acceptance.

Gamble:  In terms of digital engagement, do you think we’ll see a bit of a boost?

Glasofer:  Are you asking specifically for the current state, the future state or both?

Gamble:  Both, but let’s start with current.

Glasofer:  In the current state, the situation has boosted these things and increased adoption. A lot of what we’re seeing now are questions of, what’s going to happen when we resume standard processes? I don’t think anyone knows the answer to that, but I also don’t think we are going back to the same ways in which we previously delivered care. These are examples of tools that will become more widely adopted because of this.

There are very few silver linings in what’s going on around us right now, but I think for healthcare and healthcare technology, this has rapidly raised the bar in a way that many organizations were ready for and, unfortunately, some were not. Fortunately, Virtua’s senior leadership had the foresight to invest in a lot of these things and not give up on them despite the lack of widespread success.

Gamble:  It’s interesting; the pandemic has really highlighted the fact that some organizations are poised for innovation. At the same time, it has exposed some gaps and weaknesses. Hopefully the organizations that weren’t where they needed to be will be able to get there soon.

Glasofer:  Yes. And it’s worth pointing out that we are fortunate to be part of a successful organization. Not every health system is financially is able to really invest in those areas. That’s why I think you’re seeing more and more partnerships in healthcare organizations, because those smaller systems are realizing that these are necessary tools — both for now and in the future.

Gamble:  There are so many question marks as to what will happen going forward, but do you think it’s possible to keep up the momentum that’s been gained in areas like remote monitoring and telehealth?

Glasofer:  I can tell you for a fact that it is a priority. We’re having meetings internally about how we’re going to reactivate things when we’re ready, and digital health and remote patient monitoring are 100 percent part of the plan.

And so yes, I think they are going to be critical parts of organizations’ operational plans moving forward. If they weren’t previously, certainly, this has underscored the need.

Gamble:  Agreed. You mentioned artificial intelligence algorithms — can you talk about some of the work you’re doing in that realm?

Glasofer:  It’s a project we started through the Center for Innovation. We recently contracted with Epic to start using their cognitive computing tools and their cloud services in order to do that. Fortunately, we had started working on a couple of models before all of this hit. One model that’s currently live looks at likelihood of hospitalization or ED visit.

For example, when a patient comes to one of our ambulatory practices, we use an advanced model that can tell us, based on a variety of factors, the likelihood that a patient is going to end up in the hospital or end up in one of our emergency rooms. That way we can keep a closer on these patients and ensure they’re following up.

Similarly, we have a model we’re working on now that predicts ED likelihood of admission. Essentially what that does is, if you’re in one of our emergency departments and get you triaged, we’re able to take in your history, your vitals, everything that’s within your record, and determine the likelihood that we’re going to have to admit you to the hospital. That can help streamline the process and free up beds and more effectively use resources so we really know where to direct our attention.

Lastly, a third model we’re working on currently is called the deterioration index, which is a joint effort between Epic and our IT team. Essentially, it’s a model that shows how likely it is that patient who are already in the hospital will clinically decompensate. They’ve seen some really good results with this model, some of which are specific to Covid-19. Fortunately we had a little bit of experience ahead in building these models, which put us in a good position to do this. We’re excited.

Gamble:  It’s another area where there are barriers, but there’s also a ton of potential.

Glasofer:  If I can find ways to integrate technology that delivers clinical decision support to the point of care when needed, that’s the greatest tool for clinicians. But it has to be actionable. It has to provide data when they need it, where they need it, and be actionable. There are processes in place that say, ‘this is the data point you have; this is what you can do with it and this is what you should do with it.’

Gamble:  That’s where having that infrastructure in place is so important.

Glasofer:  Actually, this is another example of something that was already on our road map. Fortunately for us, we had a foot in the water before COVID-19 hit.

Glasofer:  There are many challenges, one of which is responsibly reactivating their health systems, which I can tell you Virtua is doing in a very thoughtful and careful manner. At the same time, you need to think about the hesitancy on the part of patients. People are afraid to go out, let alone to seek medical care. But we know as a health system that if we don’t get these patients the care that they need, they’re not going to have good outcomes. And so the question becomes, how can we reconcile that in a way that we’re doing our jobs responsibly and making them feel comfortable? It really is going to be a balance, but again, it’s something we’re already working on.

Gamble:  I supposed the good part is that other organizations are going through the same thing, and so there’s the potential to be able to reach out compare notes and work together to figure out the best road map.

Glasofer:  Right. This is an example of that innovative spirit of keeping your eyes and ears open, because realistically, no one has the answer. This is unprecedented; nothing like this has ever happened before. We can only look around and see what models are working and what models aren’t, and at the same time, look internally and make sure what we’re doing is working, and if not, adapting it. These are interesting times. This is something that no one has seen in their lifetime, and hopefully we don’t see anything of this scale again. But it will how the world operates in general, and certainly healthcare.