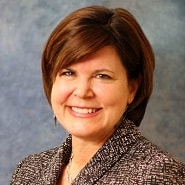 One of the trademarks of an effective leader is the ability to turn a negative into a positive; to make lemonade out of lemons, as the saying goes.

If that’s true, then there was perhaps no bigger lemon than the Covid-19 pandemic, which brought some industries to a halt, while severely crippling others. CIOs and other leaders were forced to deal with several major challenges simultaneously – from ramping up telemedicine to staging pop-up clinics to navigating the world of remote work. And of course, do all of this while exuding the confidence that staff have to come expect — and even rely upon.

It was, in many ways, the ultimate leadership test. And while some organizations struggled, others viewed it as an opportunity to shine.

“This is one of those moments where, as health IT professionals, we can showcase what we’ve all been working toward,” said Joel Vengco, CIO at Baystate Health, during a recent webinar. “Whether we realize it or not, we’ve been preparing for this moment through the work our teams are doing, operationally and strategically.”

As a result, when Covid-19 hit, forward thinking organizations were able to act quickly by leveraging infrastructures that were already in place and relying on the strengths of their teams. During the discussion, Vengo and co-panelists Laishy Williams-Carlson (CIO at Bon Secours Mercy Health), Mike Restuccia (CIO at Penn Medicine) and Rick Grape (Director of Market Planning and Innovation with LexisNexis Risk Solutions) talked about the strategies they employed to guide their teams through the crisis, the surprising (and not so surprising) lessons they learned, and how they plan to move forward.

Penn Medicine: “Every day is a new chapter”

For Restuccia, one of the most difficult aspects of Covid-19 was its rapidly shifting nature. “It forced us to change, and change quickly,” he said, whether that entailed enabling telecommuting on a much larger scale, or tweaking the supply chain to ensure the proper safety measures were in place to protect both patients and staff. 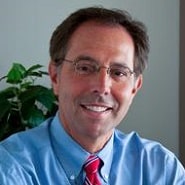 Through it all, he has emphasized the importance of agility, often telling his team that “every week is like a new chapter in a long book,” with each chapter presenting unique needs in terms of technology solutions and leadership strategies. And every step of the way, Penn Medicine has risen to the challenge, which Restuccia attributes to a strong sense of community, as well as having the right people in the right roles.

“We’ve done a really good job recruiting, retaining and employing folks that are very experienced,” he noted. “And so when it came time to change on a dime, we’ve been able to do it.”

As Penn Medicine gradually increases patient volume, he believes the same core principles of teamwork, communication, and learning from others will continue to guide its progress.

BSMH: “A Hodge-podge of solutions”

When Covid-19 reached the pandemic stage, one of Williams-Carlson’s key concerns, understandably, was how Bon Secours Mercy Health would respond as an organization, considering it had been just over a year since the merger that brought two large systems together. As it turned out, the biggest challenged stemmed from BSMH’s geographic dispersion. Not only did the markets vary in terms of how communities perceived – and responded to – the threat posed by Covid-19, but there were also differing mandates regarding testing requirements.

“It felt like every day was a hodge-podge of lab solutions,” she noted. “My interface team and lab folks were constantly ripping out what they had just built the week before because of the testing changes.”

As the many markets that comprise the 7-state system start to open up — some quicker than others, of course — Williams-Carlson’s focus will be on managing the backlog of elective procedures that were postponed, while also keeping a close eye on ICUs, which may see spikes in patients whose conditions have worsened due to a lack of care.

“Hopefully we’ll be adept at juggling the next wave,” she said, whether that means in-person care or virtual visits. Like many others, BSMH saw a dramatic rise in telemedicine, and although she praised her team’s level of agility and creativity in meeting this need, she believes there’s room for improvement. “This is the new normal,” Williams-Carlson said. “We have to refine our approach, standardize it, and make sure we’re using best practices.”

For Vengco, reopening facilities presents a unique opportunity to rethink processes, and move toward a human-centered design — one that takes into account the apprehension many patients feel. To that end, his team has launched the ‘Peri-visit project’ designed to educate patients on what to expect when entering hospitals. The other aim is to identify best practices for engaging with consumers to deliver the best possible experience. 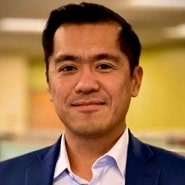 “There’s a combination of process and technology we’re putting in place,” noted Vengo, who attributes Baystate’s ability to pivot quickly to the culture of innovation that’s been established.

However, one could argue it’s also a credit to having leaders who are able to bring out the best in their teams.

The key to doing that, according to Williams-Carlson, is “a combination of vulnerability, transparency, a high level of trust in your team, and having confidence in their abilities.”

Vengco concurred, adding that it’s critical for leaders to have a sense of calm — “even if you don’t have all the answers,” which was often the case during the pandemic. “Empowering and entrusting your staff goes a long way,” he noted. “They’ll follow you if you’re transparent, and if you provide them with an understanding that you’re going to steer the ship, even if it veers off course.”

And, as we all know, there will be times when it does. But if the right people are at the helm, it won’t stay that way for long.

To view the archive of this webinar – Leadership in Crisis: Staying Calm & Setting a Course in the Storm (Sponsored by LexisNexis Risk Solutions) – please click here.