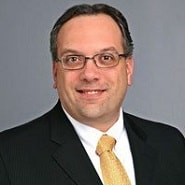 When faced with a disaster scenario, leaders need to do three things — assess the situation, identify the most pressing needs, and develop a strategy — and do them quickly. There’s no time for second guessing, especially when the disaster is a viral outbreak the likes of which healthcare has never experienced, and your organization is located in a hotspot.

Few areas were as “hot” as the New York-New Jersey region. As of May 31, New York City had reported 205,555 Covid-19 cases (including more than 21,000 deaths), while New Jersey had 160,445 known cases, with nearly 12,000 fatalities, according to CDC data. With 17 hospitals spread out across the northern and central parts of the state, Hackensack Meridian Health (HMH) found itself right in the epicenter of the pandemic. And as its many facilities rushed to ensure they were ready to treat the growing number of cases, IT was there to offer support, said David Reis in a recent interview.

It just happened to be a different type of support than in the past, particularly as telehealth became the preferred method of care, the remote workforce grew exponentially, and e-prescribing was enabled for controlled substances.

“We completely revolutionized the way we provide care,” noted Reis, who has been with the organization since 2017. As a result, “we’re really showing how technology can benefit caregivers and patients.”

And although things seemed to happen quickly — for example, it took just two weeks to roll out e-visits in the ambulatory space — building a solid infrastructure has long been a priority at HMH. In fact, having the right foundation in place has been a key factor in the organization’s rapid response, along with the fact that they were already headed down a digital path, according to Reis.

“We really haven’t had to change our priorities,” he noted, adding that the 2020 roadmap included several digital components, such as standing up remote call centers and “having a robust, anywhere-anytime, on-demand infrastructure for our team members. All of these were in the works, and we were able to pull them forward and activate them quickly.”

Some of the key areas of focus for Reis and his team included the following:

As HMH starts to move forward — while keeping a close eye on Covid-19 activity — Reis’ team remains focused on maintaining the nimble mindset that has guided it through the past several weeks, and ensuring the underlying technology remains stable and up-to-date.

“The philosophies we’ve put in place and the vendor partnerships that we’ve established have really paid dividends for us,” said Reis. “We’ve been able to meet the needs of the organization, which I think has been noticed by everybody.”