If ever there was a perfect way to describe how COVID-19 has turned the healthcare industry on its head, it was those words, spoken by Kathy Ross, CIO at Broward Health. At the same time, the pandemic has left hospitals scrambling to open up beds, ambulatory facilities grappling with huge financial losses, and virtual visits experience a spike few anticipated.

“We’ve changed the way we deliver care,” said Ross, who shared Lessons from the Front Lines during a recent webinar, along with Chuck Podesta, interim CIO at UConn Health; Sri Bharadwaj, senior director and CISO at UCI Health; and Wes Wright, CTO at Imprivata. “COVID has caused us to rethink everything.”

Including governance — something most seasoned IT leaders never thought would change so dramatically. But when faced with an unprecedented, rapidly-evolving situation, CIOs are finding that the traditional, multilayered model simply isn’t going to cut it.

At Broward, a five-hospital system based in South Florida, both the change management and governance philosophies were significantly modified. As a result, decisions are being made — and carried out — at lightning speed, and business and IT are in lockstep, noted Ross. 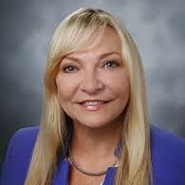 “My team is more engaged and having more focused discussions,” she said, whether that means modifying the EHR or adding capabilities from a technical standpoint. The best part? “The business is 100 percent aware of what we’re doing. Nothing happens without them at the table.”

It’s a strategy that will position organizations well, according to Wright, who held both CIO and CTO roles on the provider side before joining Imprivata in 2018. The vendor community has also had to make adjustments, particularly when it comes to managing enhancement requests. Whereas in the past, the idea was to wait until a solution was 100 percent ready for the market, now, the game has changed. For vendors like Imprivata, the goal is to get the minimal viable product (MVP).

“Instead of building out 80, 90 or 100 percent of a capability, we’re going to give you 20 percent now,” he noted. In times like these, “you can’t let perfect be the enemy of good” — especially if it means providers aren’t getting what they need to care for patients.

Podesta, whose experience includes a cross-section of health systems, agreed wholeheartedly, adding that users have become far more tolerant with solutions that were quickly released, and as a result, require some tweaking. “Normally, providers would be screaming at IT right away. Now they’re much more patient,” he said. “They understand the iterative processes we’re taking and they’re working with us.”

It’s a critical step forward, but one that can’t be made unless organizations are willing to make structural changes to the governance process. UConn Health, a system located in between COVID-19 hotspots New York and Boston, has adopted a command center mentality in which quarterly and monthly meetings have been replaced by daily calls. With things “changing on a daily or even hourly basis,” according to Podesta, there’s no point in waiting to share information.

For Bharadwaj, there was no waiting, as UCI Health is based in Orange County, California, one of the first locations in the U.S. to be affected by the pandemic. His team quickly learned that the key to addressing the unique challenges brought on by the situation is in communication—and transparency.

“There’s no separation between business and IT,” he noted. “We need to come together and decide what information we can deliver to physicians to help them make better decisions,” which they did through a number of methods, including dashboards that pull in data from multiple sources.

Broward has also ramped up its use of analytics. In fact, it has become a “100-percent, data-driven organization,” where information helps steer decisions and identify priorities. “It has elevated IT in the minds of everyone.”

Podesta concurred, adding that if there’s one silver lining from the pandemic, it’s that IT is no longer viewed as a cost center — a perception that “beats up a CIO over time more than anything else.” Instead, as organizations have waded through unchartered waters, a “true partnership has developed between our users and IT,” he noted. “They finally see what we can actually do, and what the benefits are to them. They can’t live without us, and we certainly can’t live without them. It’s a true partnership, and I’m hoping it stays that way.”

To view the archive of this webinar — Covid-19 Update: Stories & Lessons From the Front Lines of IT (Sponsored by Imprivata) — click here.