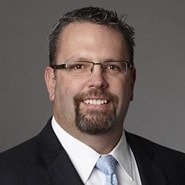 It happened about two weeks ago, when the coronavirus outbreak had started to reach emergency status in the Seattle area. UW Medicine — a large healthcare system that includes three hospitals, a network of practitioners, clinics and a school of medicine — had determined a series of protocols to help expedite IT-related preparation for this unprecedented event. Without hesitation, leadership launched an online resource through which best practices could be shared with healthcare facilities around the world.

“We had this ‘a-ha’ moment where we realized that we’re ground zero,” said Eric Neil, CIO with UW Medicine IT Services. But instead of compiling a presentation based on lessons learned that could be shared months down the road, his team wanted to get in front of it. “We thought, let’s share the information now.”

They did, and not just through the website. Recently, Neil spoke with healthsystemCIO.com, along with Kelly Summers, Chief Nursing Informatics Officer, and Stephanie Klainer, Program Manager, IT Services Emergency Management. During a conference call, UW Medicine’s leaders described the strategy and tactics that have been utilized to maintain continuity.

The previous segment discussed how UW Medicine’s IT Services team was able to quickly mobilize its COVID-19 response strategy, focusing specifically on the clinical and technical aspects. The piece will center on perhaps the most important component: the human element.

UW Medicine’s mission is simple: “to improve the health of the public, but not just in our local region” says Eric Neil, who recently took on the CIO role with the Washington-based integrated system. “We’re on the frontlines, staying tied to that national and global mindset.”

In keeping with that mission, UW Medicine has been a model organization during the coronavirus outbreak; not only was it the first to set up a drive-through screening site, but its leaders were quick to share best practices with others by launching an online resource center.

Although factors like having a solid IT infrastructure certainly played a pivotal role in the ability to activate a response strategy, what has been just as vital is having the right individuals in the right seats, and ensuring those individuals buy into IT’s philosophy of ‘Inform, Empower and Support,’ noted Neil.

“In a situation like this, where people are uncertain about what’s happening, it’s more important than ever that we be transparent and share with them what we know — and what we don’t know,” he said, adding that when leaders are willing to provide background and explain the ‘why,’ it can inspire confidence and lead to creativity.

Empowering your team, according to Neil, means granting enough autonomy so that they can take risks and try doing things “in a different fashion and at a different speed,” but not in a way that could cause harm. Finally, leaders must support individuals, even — and perhaps especially when — they made mistakes.

It’s a philosophy that has served the organization well, particularly in recent weeks, and has provided a foundation that enables teams to shine during dark times. 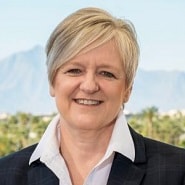 “If there’s any upside, it’s that this crisis has reinforced our commitment to the mission of our health system and community, and caused us to be hyper-focused on what our providers need and how we can deliver quick solutions,” he said. Some examples include rapidly expanding telemedicine capabilities, shifting a large portion of the staff to teleworking, and quickly incorporating new protocols and algorithms, such as testing criteria, training for non-clinical providers, and PPE recommendations.

“I’ve never seen our department move as swiftly as we are right now when a new need arises,” added Neil, who has also been impressed with the IT Service team’s ability to anticipate needs before they come up.

Stephanie Klainer, Program Manager of IT Services Emergency Management, agrees, adding that she believes the experience has emboldened the staff. “When disasters take place, all of us are called upon to think outside of the normal way that we process things. We’ve told people, ‘be nimble, be bold, and think how we can remove any obstacles to care delivery. There’s such a well of creativity in terms of problem solving. It’s been really miraculous to see.”

That agile mindset, which starts at the top, has long been ingrained into the culture at UW Medicine, and has helped unlock resourcefulness at multiple layers. “If you constantly ask people what they would do to remove barriers, and they can see you’re acting on those suggestions, that builds upon itself and creates a swell,” noted Klainer.

However, although it’s important to encourage free thinking, it’s just as vital to maintain standards and expectations. “It’s a delicate balance,” said Kelly Summers, Chief Nursing Informatics Officer. “We’ve had to modify our processes to make sure we had some semblance of gatekeeping,” especially when ideas are executed upon quickly, which has certainly been the case at UW Medicine. What’s critical, she noted is finding “the sweet spot between rapid movement and what makes sense inside your own organization, both from a fiscal perspective, from a compliance perspective, and from a clinical care perspective.”

This is where governance comes into play, noted Summers, who praised the work Klainer has done serving as “the central funnel” in the incident command center. A key part of her role has been to filter through ideas and requests and make sure they align with the organization’s strategic objectives.

That ability to stay focused on the ultimate goal of improving the public health has helped UW Medicine stay the course during what has proven to be a constantly evolving situation. “It’s incredibly challenging,” said Neil. “We always prepare for an earthquake or some kind of natural disaster where once we can restore the system or hardware, it’s done. We fixed it. It was a one-time event where we sweep in and do what need to do.”

With COVID-19, all of that has gone out the window, as issues have come up seemingly out of nowhere, according to Neil. “We have no idea what’s ahead. It’s a mindset we’ve not had in the past. The only way we’re going to get through it is with teamwork, collaboration, and supporting each other through it.”