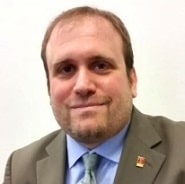 For healthcare IT and security leaders, the past few weeks have unlike anything most have ever experienced. To accommodate the unprecedented influx of patients, organizations are taking several steps, such as adding more staff, reassigning roles, shifting to a largely remote workforce, and even setting up makeshift care sites.

“To say that right now IT responds primarily to issues dealing with this event would be an understatement,” said Mitch Parker (Executive Director of IS & Compliance, Indiana University Health), who spoke during a recent webinar along with Sean Kelly, MD, CMO at Imprivata, and Sri Bharadwaj, CISO at UCI Health. “Everything we do now is focused on incident objectives.”

According to Bharadwaj, who also serves as co-chair of AEHIs, those objectives have centered around three key areas: virtual care, identity and access management (IAM), and connectivity. At UCI Health, an academic medical center based in Orange County, California, working from home isn’t a new concept, and as a result, hasn’t presented many issues. The challenge, he noted, has been around provisioning. 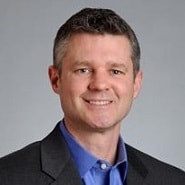 Kelly, an emergency physician at Beth Israel Deaconess Medical Center, has encountered similar issues. With such a large population working remotely, “the capacity issues are huge,” he said, adding that when the same networks being used to download movies and use on apps like TikTok are being used for telemedicine, the onus is on IT and security to protect some bandwidth and mark off certain areas for business and clinical needs. “The ability to do that well and do it easily can make all the difference between being able to run your clinical care in business or failing to do so.”

To the end, the experts shared some of the lessons they’ve learned, and offered best practices for successfully leveraging tools like IAM to enable providers to keep their focus where it needs to be: on the patient.

Finally, now more than ever, vendors need to focus on being strategic partners. That, noted Kelly, means knowing when to simply listen to what customers need. It also means being willing to go above and beyond, whether that’s by increasing the number of licenses, extending them at a lower rate, and creating a taskforce to help quickly address and resolve issues that are unique to the coronavirus outbreak.

“As we do everything we can, from an operational, clinical, and IT standpoint, to fight this epidemic, we’re pushing the boundaries,” Kelly cautioned, both in terms of scale, and the ability to withstand the increased capacity. And so, although he believes it’s important to continue to innovate, leaders also must acknowledge the risks involved. “The cybersecurity risk is real. Phishing attacks are real. Fraud is real. We have to be as vigilant as ever while trying to open systems up, and identity is really the only way to do that.”

To view the archive of this webinar – Leveraging Identity & Access Management to Secure the Covid-19 Fight (Sponsored by Imprivata) – please click here.