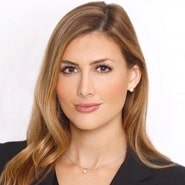 COVID-19 and its impact is being measured by the number of people that are confirmed cases and the number of those people that die. The problem with this is that, according to CDC estimates, only 13 percent of cases are being identified, which means that 87 percent of cases are not being recognized at all — or only when they become severe. This significantly underestimates the incidence of COVID-19.

Unfortunately, that problem does not stay in its lane. The issue with this is the R0 (pronounced r naught) or measure of how many more people are infected by one case of COVID-19. Because an approximate 87 percent of cases are not identified, that means the trajectory of future cases is exponentially underestimated.

According to the CDC and WHO, R0 for COVID is estimated between 2 and 2.5. An example to illustrate the issue this creates follows: if we knew we had 10 infected people, which represented the 13 percent of confirmed cases, and we knew that each of those 10 people in turn spread the disease to 2 other individuals, then we would have 20 additional infections, and then 40 additional infections for a total of 70 infections (let’s just say over a period of 15 days, with each wave of new infection occurring linearly at 5 days, which is the median number of days for symptoms to show up after infection).

However, if we know that those 10 people only represent 13 percent of cases, then we can actually predict that there are an additional 67 cases not identified. If the R0 applies to those 67 as well, then in 15 days we have (original 67+ 134 [wave 2]+268 [wave 3] +536 [wave 34) 1,005 total coronavirus cases. That number is a lot different than 70. Now, I am not sure, based on limited data thus far, that we are not identifying 87 percent of cases. It may be less, it may more. But either way, we are sorely underestimating the exponential threat this poses, and this phenomenon is matching with the rate of explosion of cases “we didn’t expect to see,” but are.

We are giving guidance based on assumptions, and we are not admitting what we do not know. Instead, we are telling people what to do based on guesses, without being transparent about the limitations of the data. We do not understand how this virus is transmitted, we do not understand the rates of transmission for symptomatic versus asymptomatic patients, yet we are telling healthcare providers that if a patient isn’t sick not to wear mask.

What we are finding, though, is that we don’t know who is sick, and that means we don’t know who is contagious and who is not. This poses a huge problem in that healthcare providers are being told by the CDC to only wear a mask in high-risk situations, when the truth is we do not have any idea what is high risk and what is low risk. We are also telling patients that unless they have a fever, they are fine; this has no doubt contributed to the acceleration in the rate of the US reaching exponential increases in case transmissions as well as enhanced community acquired spread.

Obviously we know testing is an issue, but why? Because once we test, we can stratify the population into two groups: the sick group, which needs to isolate for 14-21 days, and the well group. These groups should not commingle to the extent possible, which means we should be matching sick but recovered physicians with sick patients, and well patients with well doctors.

I have many more thoughts on this issue, but I will leave it at this: we are at a critical inflection point in terms of mankind’s ability to contain this threat; once it is unable to be contained, we cannot go back. This is the time (and maybe our only chance) to behave and regulate in the most conservative way possible, which, in turn, will give us the best chance of gaining control. And yet, in direct contrast to this, politicians are starting to pit vast economic ruin against proven public mitigation and containment measures, in effect, undermining our ability to succeed. The idea of herd immunity is dangerous, because it not proven. The social and economic ramifications of short or intermediate versus long term lockdowns is important to consider, but we are at the very beginning of this, and we should under no circumstances intimate that this disaster is under control.