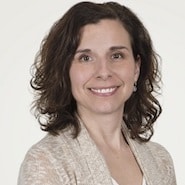 You can’t have it all.

For healthcare organizations migrating to a new EHR, one of the most difficult decisions is how much data needs to make the transition. When the question is posed to clinicians, the response often given is, “Can’t we just bring it all?”

Unfortunately, the answer is no. Whether it’s due to storage concerns, security measures, or the impact it could have on usability, it’s simply not feasible to let users have it all.

And yet, when Galen Healthcare Solutions is tasked with making recommendations to organizations as to what data should be migrated, they often hear, ‘We want to bring everything,’ said August Borie, a principal technical consultant, during a recent webinar. What clinicians may not realize is that when too much data is brought over, “it can be difficult to find the information you need once you’re live on the new system.”

The question that should be posed, according to Borie and Chris Giroux, manager of Informatics, Data Management and Integration Service at Northwestern Medical Center, is, what data do we need to drive care continuity? What information needs to be at the providers’ fingertips?

That, of course, depends on a few factors, including area of specialty and the size/type of organization in question. To that end, Giroux recommended involving both clinicians and medical records departments in the discussion and “getting a laundry list of what’s most important to deciding what data points they need to practice.” Borie advised talking to peers in the community, or those who have been through a similar process for guidance.

When deciding which discrete data should be migrated, it’s best to start with the basics, said Borie, such as patient demographics and information such as vitals, problem lists, medications, allergies, immunizations, medical history, and family history. It may also include lab, pathology, radiology and imaging results, as well as provider notes.

“There’s a tradeoff that needs to be made,” he noted. Leaders must determine “which discrete information can be brought over efficiently and will light up the new system right at the provider’s fingertips so they can use it, and what’s more easily accessible in an archive-type solution.”

Some organizations also find value in migrating ancillary data such as the patient’s primary care physician, preferred pharmacy, and insurance information, noted Giroux. “It’s a fairly small lift to get that information to the new system,” and it prevents users from having to enter it manually or dig for it, which, in Northwestern’s case, helped eliminate “several steps after the go-live of the converted data.”

For many hospitals and health systems, manual keying of information has led to mistakes that can compromise data quality. By partnering with vendors like Galen to migrate discrete data, organizations are able to feed information into the new system “in a way that helps eliminate costs and reduce the potential for error,” she noted. “Clinical information needs to be accurate.”

Another motivation is to increase satisfaction, said Borie, which leaders can achieve by enabling users to easily access and pull data, regardless of the source. It can also serve as a training tool. “As they’re using a brand-new system and getting acclimated to it, it can help keep productivity levels higher, as there’s not as much manual re-entry of the data once they’re live,” he said.

Finally, it creates a “landing spot” that enables users to more easily differentiate between existing data from data that had been migrated from other sources, and reconcile that information with the patient.

“Now users know where the data came from,” noted Borie. “And it will look and feel just like any other data would. That’s one of the goals of migration.”

Of course, as with any major initiative, one of the key concerns is ROI. Because it can be difficult to assign a specific cost savings with discrete data migration, Borie suggested emphasizing the gains in productivity and user satisfaction. “Being able to go live on a new system and not have a decrease in the number of patients who can be seen” can carry a lot of weight, he noted.

Conversely, for those who choose not to do a migration, it’s a “huge undertaking” to manage the process, whether the data is entered manually, or left in an old system and used as a reference for an extended time period. “We see a lot of value in bringing the data over, especially when you’re talking about a large number of patients,” said Borie.

For Northwestern, relying on manual keying of data — which can also lead to inaccurate data and reporting — simply didn’t make sense from an economic standpoint, according to Giroux. “We had about 10 months from the time we started our implementation to when we went live — how much can one truly input in a timely manner where it was up to date? You can’t key in data six months in advance. It has to be keyed in maybe a few weeks before go-live so that it’s accurate.”

One last step that needs to happen prior to go-live is to test and validate the data. For Giroux’s team, it entailed a series of steps:

“For us, getting that feedback, retesting and revalidating was key,” said Giroux, who made sure to include representation from clinical and IT. “We did that several times and were able to work through a lot of issues.”

By taking all of those steps, organizations are able to more effectively plan for the go-live and begin to load the data appropriately. “It’s really working through the entire validation process and making sure that you’re resolving any issues, and then when you do go live, the data is as current as possible,” Borie noted. The last round of validation, in which all the data are loaded into a test environment, serves as “a dry run for the production load.”

But make no mistake; the go-live doesn’t signal the end of the process, he cautioned. “There are always going to be to be clean-up practices and processes happening in the old system. We’ll go back 15 or 30 days later and do a catch-up load so that we’re capturing all the data,” including the bits and bytes that trickled in after the implementation.

“The key is to get the necessary information required to treat the patient as easily as possible,” said Giroux. And when discrete data are readily available, providers can do just that.

Originally scheduled as a Live Panel Discussion at HIMSS20, this event — Data Migration Strategies to Enable Successful Application Transitions (Sponsored by Galen Healthcare Solutions) — was instead presented as a webinar on Tuesday, March 10. To view the archive, click here.