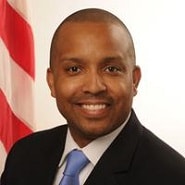 There’s a reason statistics are often used to illustrate a point; they can be extremely powerful. But when it comes to the impact of regulatory and administrative requirements on caregivers, sometimes testimonials and feedback can be just as, if not more, effective.

Especially when it suggests that the requirements put into place to help improve both patient outcomes and clinical efficiency may be doing more harm than good. Such was the case for ONC officials Andrew Gettinger, MD, and Thomas Mason, MD, who are part of a large effort to reduce the burden facing physicians and nurses. “We found that it many cases, clinical documentation within EHRs was used more to satisfy billing requirements, which made it very difficult to capture information specifically used for patient care,” said Gettinger. “We heard that loud and clear.”

Those concerns, in fact, played a key role in crafting Strategy on Reducing Regulatory and Administrative Burdens Relating to the Use of Health IT and EHRs, a long-awaited report resulting in collaboration between ONC and CMS. The ultimate goal, as outlined in the 21st Century Cures Act, was to free up time so that providers can focus more on patient care. This, according to Mason, was done through several channels, the first of which was releasing a draft of the rule in 2018 and soliciting comments. ONC leaders also went on a “listening tour” with CMS, during which they heard directly from clinicians and other health IT stakeholders about the most pressing challenges with documentation.

Based on that feedback, which included input from more than 200 stakeholders, ONC identified four key areas of focus:

The report placed some of the blame on “outdated” documentation guidelines used to determine billing requirements. The guidelines, which date back as far as 1995, require “excessive document of various elements of the ambulatory visit that caused notes to become large and bloated, said Mason. “It’s a major source of frustration.”

However, it’s one that CMS has already begun to address, he noted. The agency is working with the clinical community to decrease requirements that don’t add value to clinical care — a change that will be reflected in the 2019 and 2020 physician fee schedules. Going forward, rather than having to enter information that isn’t pertinent to a particular visit, clinicians will be able to document the history and exam as they deem appropriate.

“We’re already taking action to help reduce burnout through the regulatory requirements we have control over at HHS,” said Mason.

The regulatory piece, however, is only part of the problem. “Even if we were to get rid of all federal requirements for billing, quality reporting, and syndromic reporting, we believe clinicians would still feel very challenged by healthcare information technology,” said Gettinger. “We see a lot of opportunity for the private sector — including CIOs and CMIOs — to weigh in and partner with us on implementation decisions and education of clinical workforce.”

Data from KLAS’ Arch Collaborative seem to correlate with this, he noted. Feedback from more than 200 provider organizations has shown that helping clinicians use the EHR more effectively, personalizing the EHR, and created a shared ownership model are key factors in successful implementations — and satisfied users.

The big question is, how? One method is the “birds of a feather approach,” in which individuals are grouped according to role and specialty and receive education that’s specific to their workflow, said Gettinger. Another is to provide at-the-elbow support during and after implementations, which can go a long way in building user satisfaction, but tends to come with a hefty price tag.

For many organizations, involving users in the design phase has proven a successful strategy. “With some of these systems, there are thousands of decisions that need to be made. Bringing in front-line clinicians to help describe their clinical workflow will greatly help once you get to the training aspect, because they’re already part of the process,” said Mason.

However, pulling certain individuals off the floor — especially neurosurgeons and vascular surgeons who draw in considerable revenue — can be a tough sell. This, he noted, is where executive buy-in can play a pivotal role.

“You need a CEO who understands what it takes to roll out an EHR, and recognizes the importance of this transition,” said Mason.

It’s certainly not going to be easy. But in order to move forward and realize the vision of leveraging IT to improve care and make processes more efficient, leaders must continue to put in the work.

“The old-fashioned way just wasn’t going to be sustainable, especially as care became more fragmented,” said Gettinger. “We need to incorporate technology that exceeds the ability of a single individual to configure how a patient would best be diagnosed and treated.”