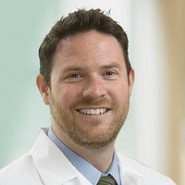 When faced with a complex problem, the initial instinct for many is to assign blame as quickly as possible; find the low hanging fruit and start plucking it. In healthcare technology, no fruit hangs quite as low as the EHR. As the movement to digitize patient information creeps further into the mainstream — and the challenges it poses on providers are brought to light — the more fingers seem to point in the direction of electronic records.

In fact, some are questioning (and even vilifying) the entire movement. For example, “Why Doctors Hate Their Computers” (New Yorker), “How Tech Can Turn Doctors Into Clerical Workers” (NY Times), and most glaringly, “Death by 1,000 Clicks: Where EHRs Went Wrong” (Kaiser/Fortune), to name a few. The latter, which generated a great deal of conversation, went so far as to call it “an unholy mess.”

In a recent NY Times article, authors Theresa Brown (a clinical faculty member at the University of Pittsburgh School of Nursing) and Stephen Bergman (a professor of medicine at New York University and the author) alleged that “workloads have become heavier the last several years thanks almost entirely to the arrival of electronic health records.”

But is this justified? How much of a role has EHR adoption played in the rise of physician burnout? And most importantly, how can healthcare IT and clinical leaders diminish the burden without losing the core benefits offered by electronic record keeping? To gain some clarity on this extremely pertinent topic, healthsystemCIO recently spoke with Christopher Longhurst, MD, CIO at UC San Diego Health. As a practicing physician and a former CMIO, Longhurst is uniquely positioned to shed some light on burnout.

[Please note: responses are edited for clarity and length.]

Gamble:  Hi Chris, thanks so much for lending your time. Let’s start with your thoughts on the NY Times piece (“Doctors, Nurses and the Paperwork Crisis That Could Unite Them”). What was your take?

Longhurst:  To me, the most important point is that there is an emerging recognition that the electronic health record gets blamed for a lot of the workload and burnout issues. But in many ways it’s the symptom, not the cause. When you start to think more deeply about the root cause, I believe it has more to do with the documentation burden imposed by both federal and regulatory agencies like Medicare, and the reporting of quality measures. That’s the reason for all of these clicks; the compliance, billing, and regulatory requirements.

A few years ago, I co-wrote a piece for the Annals of Internal Medicine that compared EHR satisfaction among US-based physicians with those abroad. We found that clinical documentation tends to be much briefer in other countries, and contains only essential clinical information. I think that’s what really underlines this.

Gamble:  Very interesting. One of the statements in the article that really struck me was that physicians feel “helpless” since much of the problem is driving by drug companies and hospital networks. Do you think that’s a fair statement?

Longhurst:  There’s a saying that every system is perfectly designed to get the results it achieves. These systems operate within the economy of healthcare. They’re trying to optimize reimbursement — that’s the way it’s designed. This is where the government needs to step in and make sure care is being delivered equitably. If indeed, healthcare is a fundamental human right, we’re not doing a good job at it.

Gamble:  So it’s not as simple as blaming health systems or pharmaceutical companies.

Longhurst:  Right. There’s plenty of blame to go around. Over the past 30 or 40 years, there’s been continued lack of progress toward reducing the administrative burden of healthcare. If anything, it’s grown — substantially. I believe that is what’s contributing to EHR usability issues.

Gamble:  So really, it comes down to documentation requirements, for the most part.

Longhurst:  In doing research for the paper, we found that median note length in the US is around 4,000 characters. It varied across systems, but all of the international sites using the same Epic software had shorter notes than any of the US sites. That was the fundamental takeaway.

In correlation with that, the US-based health systems with shorter average note lengths were highly capitated systems. Organizations like Kaiser or Geisinger, which have an affiliated health plan, or the VA, which isn’t required to document for billing purposes.

Gamble:  So the big question is, can it be fixed?

Longhurst:  Well, if you think about it, systems that have health plans can shift the curve, because they can encourage their clinicians to document for clinical record keeping and quality measurement, purposes rather than for regulatory billing purposes. That’s what we saw in the study. But in order to fix it systematically, we have to change the way reimbursement occurs through CMS and Medicare.

Gamble:  Let’s talk about the burden on physicians. It’s a topic we’re hearing a lot about — has it increased that much, or is it more widely acknowledged now?

Longhurst:  I would say there are three primary factors. First, it probably has been worsening. If you look at the data, there has been a gradual increase in overhead administrative costs, and that seems to correlate with requirements that fall outside of the physician’s realm, like calling insurance companies. It’s been gradual, however, so it’s been more difficult to notice.

The second is what I call the viral phenomenon. It’s not dissimilar to what we’re seeing with autism, where there’s been a huge spike in diagnoses because of awareness. Burnout has become a topic du jour, where it’s almost fashionable to identify burnout.

Finally, there’s been a cultural shift. If you look back 50, 40 or even 30 years ago, people who went into medicine considered it a passion. It wasn’t a job, or even a career — it was an identity. Over the past 20 years, we’ve seen a fundamental shift in how doctors approach medicine. Graduating physicians see it as a job. They’re looking for regular hours; they don’t want to be on call. And that cultural shift really aligns with the change in attitude towards burnout.

Gamble:  You have an interesting background, having been in the CMIO role for a while before coming CIO. Do you approach usability and burnout differently now than you did in the past?

Longhurst:  When I was in the CMIO role, the focus was around how you address technology to meet the needs of physicians and optimize outcomes for patients. As CIO, I feel more responsibility for the health system as a whole, and the entire complicated ecosystem that comes with it.

I will say that burnout remains a high priority, which is why we’ve invested in an EHR Sprint team to work on optimization. But I think we also need to recognize that there’s only so much we can do locally. We need change at the national level to truly address this. It’s an uphill slug, because we’re working against decades of government policy.

Gamble:  Right, which is why it’s so important to talk about this.

Longhurst:  Absolutely. We need to advocate for reform; it’s the only way things are going to change.