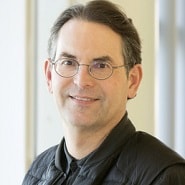 Let’s face it, most healthcare IT leaders don’t have the time or patience to pour through thousands of pages of regulations. And even if they do, it’s extremely difficult to be able to understand and interpret such complex material.

Fortunately, it’s a “labor of love” for Dr. John Halamka, who delivered an HIT Policy Update late last month as part of the quarterly series he has hosted for several years. In this particular installment, Halamka outlined the five areas of policy that will most significantly impact healthcare IT leaders in 2020, drawing from the experience he has gleaned while serving on multiple panels and committees over the past few decades.

According to Halamka, who was recently named president of Mayo Clinic Platform, the key priority from a policy standpoint is to reduce the burden on clinicians. Of course, it’s not quite that simple; there are numerous steps that need to be taken to move closer to that goal, where is where the five “critical efforts” come into play:

The first area covered was CMS’ proposed rule, which focuses on “encouraging interoperability and filling the gaps from Meaningful Use,” Halamka noted. One of those gaps? Clinicians were told to share data with others in order to facilitate care coordination, but were given “no directory” as to how to do it. To that end, the rule proposes a centralized directory of provider electronic addresses for data exchange ensures the flow of patient information and any needed provider-to-provider communication, and requires Medicare participating hospitals, psychiatric hospitals and critical access hospitals to send electronic ADT notifications.

This, however, poses additional challenges for ACOs, which are often dealing with different routing providers. “We have to think about how we’re going to do this as a country,” Halamka noted.

Along those lines, the lack of a national patient identifier continues to be a hurdle when it comes to interoperability. And although that might not be a reality — at least not anytime soon — efforts must continue to articulate a strategy for figuring out how to match patients. And it must include parties that weren’t included in Meaningful Use, such as behavioral health and long-term post-acute care providers.

The next area of focus is ONC’s data blocking rule, which is a thorny issue, to put it mildly. “We all love the idea of sharing patient data appropriately while protecting privacy for care coordination and innovation, but how to do this in a way that ensures data integrity and trust is still a work in progress,” Halamka said. In addition to privacy concerns, there’s still reluctance among vendors to share data.

That’s where Sequoia comes in. The non-profit partnership was tapped to serve as the Trusted Exchange Framework and Common Agreement (TEFCA) recognized coordinating entity, which will develop and implement the Common Agreement portion of the interoperability guidelines by creating baseline technical and legal requirements. It will also choose and monitor qualified health information networks, according to Halamka. “We know we need to have interoperability between various health information networks to do this in a centrally coordinated way. And so I certainly applaud that effort.”

All of this sounds great, but the one thing that was overlooked when Meaningful Use was created — and some believe continues to take a backseat — is the burden placed on those who deliver care. As more effort was placed on meeting the needs of agencies such as the FDA, CDC and CMS, less was placed on the “vast amount of data” clinicians were required to enter. And while it might be easy to point fingers at vendors, “they didn’t have time to think about workflow redesign or usability,” particularly given the speed at which EHRs were implemented. The end result, according to Halamka, was less time for physicians and nurses to interact and converse with patients and families.

Fortunately, HHS recognizes the negative impacts of excessive data entry, and has proposed the following strategies as part of the 21st Century Cures Act:

To Halamka, it’s common sense. “Shouldn’t we have the EHR be a value-added tool rather than just an administrative burden by providing real-time decision support so they can make decisions augmented by technology?” he asked. And that means examining quality measures to ensure they’re actionable, valuable, and impactful to patients.

Finally, he discussed HHS’ proposed reforms to the current regulations surrounding the Stark Law and Federal Anti-Kickback Statute. Although Halamka understands why the rules were originally drafted, he believes it’s time for a new tactic, as many physician practices stand to benefit from Stark relaxations. “Now that we’re moving to value-based care, we need to think about how self-referral and anti-kickback should be relaxed for appropriate care coordination and technology implementation,” he said. “If we look at it in relation to risk contracts, it’s just good patient care.”

As someone with vast experience both as a CIO and an ED physician, Halamka believes every regulation and every decision should come down to that simple premise: good patient care. It’s one of the rare true “bipartisan efforts,” and one the industry can take giants steps toward achieving in 2020.