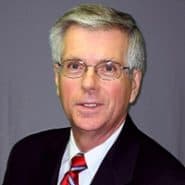 To say that healthcare IT and clinical leaders have a lot on their plates is an understatement. Whether it’s an impending merger, an EHR migration, cybersecurity concerns, or pressure to deliver on digital health, plates are piled higher than ever before.

The list doesn’t end there. For many organizations, access to imaging at the point of care has become difficult; particularly for those with disparate systems. And while in years’ past it may have been radiology’s problem to deal with, nowadays imaging is an enterprise-wide priority — or at least, it should be, said Brandon Taggart, one of the panelists during a recent healthsystemCIO webinar.

“I’ve noticed a clear change as of late with regard to CIOs and their awareness to the importance of enterprise imaging. The cat’s out of the bag,” he noted. “Providers have been clear in terms of their expectations, and CIOs are starting to move in right direction to address it.”

There’s still, however, a ways to go.

“We’re at the tip of the iceberg,” said Joseph Marion, Principle for Healthcare Integration Strategies, who spoke along with Taggart, Managing Member and Principal Consultant for Konfidi, and Chris Magyar, Senior Product Manager of Enterprise Medical Imaging for Hyland. 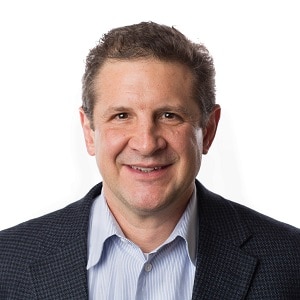 Despite the enormous potential it offers, the idea of an enterprise approach to housing data from images, reports, and other patient information hasn’t caught on as quickly as experts may have hoped. “The challenge providers face is that imaging extends across so many different service lines,” said Marion, which means areas that aren’t normally associated with imaging can impact how strategies are implemented.

But that doesn’t have to be a bad thing; it’s just going to require a whole lot of communication, according to the panelists. Below are some of the best practices discussed during the webinar (which can be viewed here).

Fortunately, there are options for those who remain cloud-averse, according to Magyar. The first is to have a primary instance of the EI infrastructure onsite in the primary data center. “Instead of having to manage a secondary data center, the idea is to put the secondary data center in the cloud. That way if there is a disaster onsite, you can still failover to the cloud and maintain business continuity.”

In the second scenario, everything exists in the cloud. Although there are primary and secondary VNA viewers, there’s also an onsite point of presence with six months of cache. That way, “even if there’s a catastrophic failure, you can survive,” he said.

Of course, there are key considerations that can’t be overlooked, such as choosing the right vendor, appropriately orchestrating workflow, and most importantly, establishing solid governance.

“It’s critical,” said Taggart, who believes appropriate governance can make an EI initiative — and a lack thereof can break it. Although the tendency is often to “tap radiology on the shoulder and ask them to lead it, “that’s not always optimal,” he noted. “There are a multitude of different workflows that need to be taken into account. If radiology is leading the charge, you can easily alienate other specialty physicians.”

One solution is to select a champion from radiology, as these individuals tend to have strong backgrounds in imaging informatics, said Marion. On the other hand, IT folks are usually well-versed in enterprise infrastructure. The key is to find the right mix of expertise, and find a way incorporate the needs of different user groups.

Finally, the panelists stressed that although EI may not be on every CIO’s radar just yet, it will be — or should be — in the near future.

“The notion of leaving all these service lines to fend for themselves with no imaging infrastructure just isn’t plausible,” said Magyar. “There will be an expectation for organizations to provide the infrastructure and find a way to support workflows.”

To view the archive of this webinar — Navigating the Transformation to an Enterprise Imaging World (Sponsored by Hyland) — click here.