It wasn’t exactly the scene one might expect during a late season battle between two terrible teams.

But in the waning minutes of Sunday’s matchup between the New York Giants and the Miami Dolphins, rather than making their way to the parking lot, a large group of fans climbed down to the first few rows of the lower level, craning their necks to get a better view. Only it wasn’t the play on the field they were trying to see — it was one of the players on the sideline.

Eli Manning, to be exact.

The team’s quarterback for the past 15 seasons had exited the game after leading the team to a win in what very well may have been his final start. It was, to put it mildly, emotional. Fans were tearing up, chanting various forms of gratitude, and soaking in every second of seeing #10 sport the Giants’ blue. 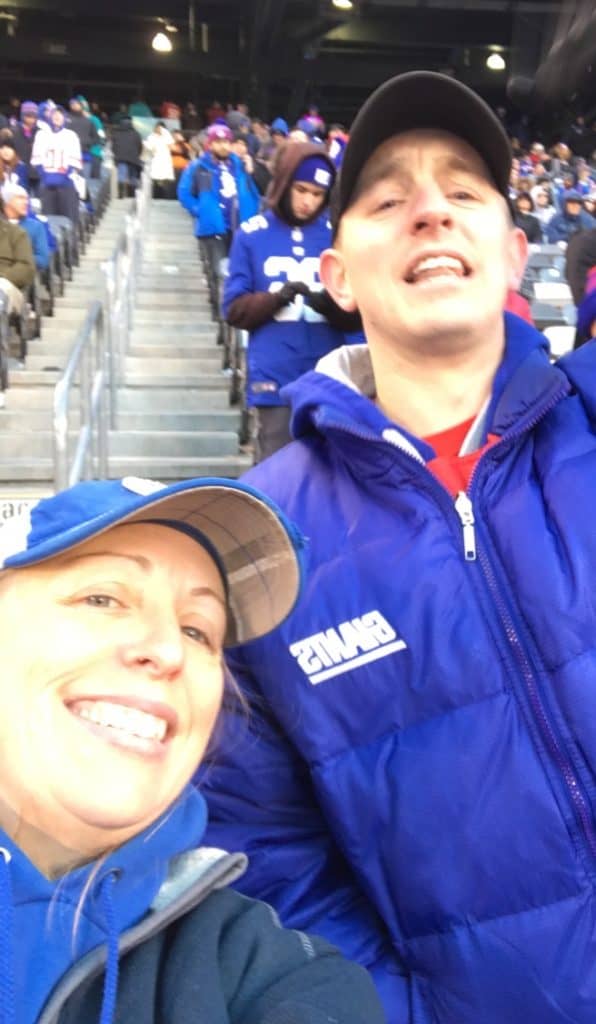 As it turned out, Manning, who is widely known for being extremely even-keeled, was soaking it up too. And it was that visual — seeing the stoic leader finally wear his emotion on his sleeve — that brought out even stronger emotions in the fans (including me and my brother, Steve).

Not exactly the sendoff you’d predict for a quarterback with a 117-117 record who had clearly fallen off during the past few years. Of course, the primary reason is the fact that Manning led the Giants to two improbable Super Bowl victories, the first of which was highlighted by one of the best plays of all time.

But there’s another factor.

Throughout his time in New York, which is probably the most difficult place to be an athlete (Philly and Boston are no picnic either), “Easy E” has remained a class act. When there’s blame to go around, he accepts it. When there’s praise, he passes it off. And, most importantly, each time he was baited by opponents, teammates (ahem, Odell Beckham), and the media (including former Giant Tiki Barber), he refused it.

Throughout his career, Manning has remained the consummate professional. And it wasn’t just the fans who noticed, but coaches, owners, and front-office staff. In fact, Ernie Accorsi, who engineered the controversial trade that brought Manning to the Giants, couldn’t help but gush after Sunday’s game.

“This guy goes to work, doesn’t ever embarrass the organization, shows up, plays every game, wins two championships, gets benched twice and never changes, never does anything to react to that and now he can walk away with class,” noted Accorsi. “What more can you ask when you go out and draft a player?”

When Manning was pulled from the starting lineup two years ago (the first benching to which he was referring), his former coach Tom Coughlin came to his defense. “I love the kid. He is a class act,” said Coughlin, now the executive VP of football operations with Jacksonville Jaguars. “He is the finest, humblest young man in that locker room.”

It’s no small praise, especially coming from Coughlin, who’s about as warm and fuzzy as an iceberg, but knows quality when he sees it.

He also knows the difference between a strategic move and an act of desperation, which many believed was the case when former Giants coach Ben McAdoo benched the team’s all-time leader in passing yards and touchdowns in favor of unproven journeyman Geno Smith. The outcry from fans was so powerful, so harsh, that McAdoo was relieved of his duties before the season ended (a very atypical move for the Giants).

It wasn’t the way his streak of 210 consecutive regular-season starts should have ended.

Fortunately, he was able to get some “justice” Sunday, according to longtime NY Post beat reporter Steve Serby, who put it beautifully in his column:

“Those who stayed to the end on their feet and The Pride of the Giants fighting back tears, feeling somewhat awkward and uncomfortable since Eli Manning has never made it about him, a wave of the right hand from the sideline and a thumbs up and a smile captured on the big video screens, his team so genuinely happy for him, his fans forever grateful for delivering those two Lombardi Trophies.”

As a fan who was fortunate enough to be there for his first win (a dramatic 28-24 win over the Cowboys in 2004), and very well may have witnessed his last, I feel incredibly lucky.

And, if I’m being honest, a bit misty-eyed.