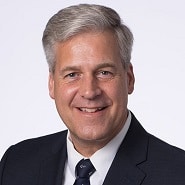 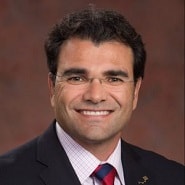 “The biggest error technologists make is trusting the technology too much.”

It’s a sentiment Michael Martz never expected to express — particularly during a discussion on how healthcare organizations can improve patient matching. But as both a CIO (at Mount Nittany Health) and an active member of CHIME’s Policy Steering Committee, Martz knows all too well the consequences of incorrectly identifying patients. And he believes the best approach is a combination of having the right tools and processes in place, and ensuring that individuals are equipped and empowered to intervene.

Although it sounds simple — at least, at its core — matching patients with the right information is anything but; particularly in healthcare, where a 90 to 95 percent accuracy rate has become the gold standard. While those numbers seem high, Pennsylvania (where Mount Nittany Health is based) has a population of about 12 million, which means around 600,000 patients are incorrectly identified each year.

“That’s a level of quality no other industry would accept,” he noted. “Can you imagine if the airlines thought they were doing well if 1 out of every 20 flights crashed? It’s unacceptable.”

But what can leaders do, short of spending precious resources on manual processes that require constant human intervention? During a recent webinar, Martz explored the topic with Albert Oriol, VP of IS/CIO at Rady Children’s Hospital and Health Center, and Letha Stewart, Director of Customer Relations with QuadraMed.

The Scope of the Problem

It all starts with recognition, said Stewart. While most (if not all) leaders in the space realize that the lack of a common patient identifier is, to put it mildly, problematic, that hasn’t always been the case. Or at least, it hasn’t always been viewed as a C-suite priority. In fact, up until the late ’90s, it was placed squarely on the shoulders of the medical records department. Now, however, “everyone understands that it doesn’t just impact medical records or HIM. It impacts the entire organization,” she noted.

And for good reason. In the past 20 years, the rate of duplicate records and overlays has increased, which makes it all the more important to have the right strategy in place. The question, of course, becomes this: what is the most effective way to reduce the prevalence of inaccurate records?

Two Sides of the Same Coin

At Rady Children’s, the strategy is twofold, according to Oriol. In addition to performing a query upfront to determine whether a patient already exists in the system, “we also run a continuous query in the background to detect the potential creation of a duplicate record,” he said. Criteria such as name, date of birth, and gender are heavily weighed, while other categories such as demographic information come into play on a more secondary basis.

It’s a process that has run more smoothly since Rady Children’s adopted Epic’s Foundation algorithm about 18 months ago, said Oriol. With the proprietary system that had previously been in place, his team encountered roadblocks in two areas: patients being matched to an incorrect record, or duplicates being created when the original record wasn’t located.

“They’re two sides of the same coin,” he noted. “One is problematic because you’re likely operating with the wrong information and bringing into play erroneous information. In the other case, you’re dealing with incomplete information, which can be equally dangerous,” especially for patients with allergies.

Setting the Bar Too Low

The majority of the time, however, it’s not a lack of data that presents a challenge, but rather, the lack of a perfect algorithm, said Martz, whose team utilizes the MPI provided by Meditech, its core EHR provider. Data sets for different patients can be strikingly similar, which can lead to errors if mismatches, non-matches, and unsure matches aren’t detected quickly enough. And because matching algorithms aren’t 100 percent accurate, “we can’t trust them wholly.”

What often happens, he said, is organizations tend to set the thresholds too low so that more matches are made automatically, and fewer flags are sent up, meaning less human intervention is needed. But while that scenario might make financial folks happy, it’s simply not feasible, noted Martz, who has 1.5 to 2 FTEs dedicated to manual clean-up processes.

That’s where companies like QuadraMed come in, offering MPI cleanup services and EMPI software to help improve patient matching and link records across domains, according to Stewart. With QuadraMed’s solutions, the goal isn’t just to ensure as many matches as possible, but to ensure specific elements — such as last name and gender — are in sync.

However, she cautioned, it’s not a one-time fix. “If we do a data cleanup project or install an EMPI, people tend to think the problem is taken care of.” It’s not, especially in an environment where errors caused by mismatches can incur both significant costs, and damage to an organization’s reputation. Therefore, organizations need a reliable method for “consistently identifying duplicates and overlays,” while also acknowledging the human component. “If you only do one, you’re going to fall short.”

To Martz’s earlier point about trusting technology too much, it’s critical to understand that relying solely on automated algorithms is extremely risky. “We have to be willing to raise the bar and let more things fall out so that they can be reviewed by humans,” he noted. “If we don’t, we’re going to have more errors that can end up harming a patient, or worse.”

There are, fortunately, steps leaders can take to improve the odds that go beyond deploying tools. Rady Children’s, for example, is working with community partners to develop standards and naming conventions to make it easier to identify patients correctly, which is particularly important for organizations that deal with a high number of referrals.

Another critical piece is increased awareness and education. “We need to ensure everyone who touches the patient knows that this is a fundamental component of our institution’s ability to provide safe and proper care.”

Finally, there’s advocacy. As Stewart pointed out during the discussion, the rate of duplicates has actually grown over the past two decades, which has only amplified the need for a national patient identifier. Both Oriol and Martz have been involved in efforts to push for legislation for federal funding. And although progress has been made thanks to ongoing efforts by CHIME’s Policy Steering Committee, the fight is far from over. “It’s critical to be able to get beyond the levels of accuracy where we are now,” Martz noted. “We as an industry need be looking at 99.999 percent accuracy in patient matching, and we just can’t do it with algorithms.”

Oriol agreed, adding, “It’s time for us to own this; to realize that this is an area where we need to emulate how it’s done elsewhere and get there faster and better than we’re currently doing today.”

To view the archive of this webinar — The State of Patient Matching: Today’s Best Practices & Tomorrow’s Possibilities (Sponsored by QuadraMed) — click here.