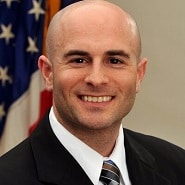 Of the many qualities that are beneficial — possibly essential — in government leaders, perhaps none is more important than a willingness to tackle thorny issues. Because when you hold the role of a Deputy National Coordinator or HIT, for example, there’s no shortage of them.

Luckily, Steven Posnack is up to the challenge. Although he was appointed to the position in July, he’s no stranger to ONC, having spent a decade and a half in various policy and technology capacities, and therefore having a solid understanding of the barriers that exist—and how they can be managed. Recently, healthsystemCIO spoke with Posnack about what it’s like to work in an environment where things “move quickly and slowly at the same time,” why he believes the industry is poised for tremendous growth, and what he has learned from his mentors and predecessors.

We always did a second look where would ask, ‘What’s the impact we’re having with the work we’re planning?’ or ‘Is this policy going to accomplish what we think?’

The time is now to support our caregivers to be able to access health information on our smartphone, have more control of our health information, and shop for care, just like we do with all of our other e-commerce experiences.

Systemic change takes 30 to 40 years — we’re somewhere in the middle, depending on how you look at it.

Gamble:  You talked about how you gravitate toward complicated problems, one that comes to mind right away is balancing the need to share patient records — especially across state lines — with privacy requirements. That’s about as thorny of an issue as you’ll see.

Posnack:  It’s interesting you highlighted that. One of the first responsibilities I had at ONC was managing our initial investments in that and dealing with variations in state law for privacy and security purposes. That was a great experience. We worked across probably 40 states. Interestingly enough, when you think about the trajectory of some of the ONC work and the investment we made between 2005 and 2009, a lot of the people with whom we engaged through the HISPC project went on to become state health IT coordinator, or health information exchange director or regional extension center director. That happened when we started to make all those big investments as a result of HITECH. It was really fun to watch all those folks I had worked with at the state level go on to more senior roles based on that experience.

Gamble:  It’s interesting how things work out. I suppose part of it is being in the right place at the right time, while also doing your job as effectively as possible.

Gamble:  You mentioned some of the people you worked with who were very influential in your career. Is there anything that stands in particular in terms of lessons learned?

Posnack:  Of course. I’ll start with Dr. Jon White. He was a great boss and a great friend. Jon provided a lot of space for me to do my thing, but also gave me feedback and advice when I needed it. I always appreciated that support.

Dr. Farzad Mostashari, it goes without saying, brought tremendous passion with everything he did. His brand of charisma is so unique, as most people know. But beyond that, he was so deeply connected to the staff and the work they did, no matter what level of the organization they were in.

Judy Murphy was the consummate executive; she helped provide structure to ONC when we really needed it. And Dr. Jacob Reider, with whom I worked for a few years, always had a deliberate way of questioning the status quo. That was so interesting, because we always did a second look where would ask, ‘What’s the impact we’re having with the work we’re planning?’ or ‘Is this policy going to accomplish what we think?’ I valued the analytical and systematic way Jacob would have us work through things.

Dr. Don Rucker has been great to work with; he’s one of the brightest people you’ll ever meet. He has an insatiable interest in the work we do and comes at things from a really valuable perspective based on his industry career. He has so much passion for the work we do in the federal government.

I would be remiss if I didn’t mention my ‘big sister’ Jodi Daniel, with whom I worked in policy for about 10 years. She showed me the ropes and helped teach me all the ways in which I approach both policy work and leadership. I’m forever indebted to her for taking me under her wing and help me grow professionally.

Gamble:  Right. It sounds like you’ve been able to take pieces from all of these individuals and incorporate them into your own leadership philosophy.

Posnack:  Yes. For better or worse, I’m a composite of the best things each of them contributed.

Gamble:  Sure. Let’s talk about another complicated problem: interoperability. I’d be remiss if I didn’t mention it. But do you feel that the industry in general is making strides in the right direction when it comes to achieving it?

As an industry, I believe we’ve entered a different phase in our approach to using interoperable tools. When I first started, I had a flip phone and Blackberries were all the rage — it’s almost hard to imagine that now. At that time I was single; I’m now married with two kids, and as I’ve grown, my perspective has changed.

When I think back to 2005, it’s hard to comprehend how much more computational power we have compared to then. That’s why Dr. Rucker says the time is now to enable all of us as individuals and patients, and to support our caregivers to be able to access health information on our smartphone, have more control of our health information, and shop for care, just like we do with all of our other e-commerce experiences. We need to bring that into the healthcare sector, and use those devices we all depend on — and would be lost without, honestly — to create a better care experience.

And so, even though it might seem like we’ve only made incremental strides compared to last year, when you take a step back and look at the past five years, you see that the rate of change really is accelerating. That’s what motivates all of us at ONC; we feel like we’re making progress. We hear from stakeholders that we’re making progress, and most importantly, we can see the progress.

When you look at the 21st Century Cures Act, which is our big focus right now, certain things were set in motion when the law was enacted in 2016. There are issues we think still need to be addressed, from the public policy perspective — information blocking, for example — and through additional standards investments related to enabling an API-based ecosystem where there is more competition for healthcare providers, and more choices for consumers.

Gamble:  One thing that comes to mind when we talk about interoperability is something Dr. John Halamka said, to the effect that it’s all about perspective. If you view interoperability as all information being accessible at any time, it’s just not realistic — it needs to be approached in a more incremental way. Does that make sense?

Posnack:  Absolutely. One of my earliest experiences was under the George W. Bush administration, when Secretary Leavitt created the American Health Information Community, which was ONC’s first advisory committee. He’s often quoted as saying that systemic change takes 30 to 40 years — we’re somewhere in the middle, depending on how you look at it. And so I agree with Dr. Halamka; it’s all about perspective and it’s all about context.

When you think about the challenges related to EHR adoption, there’s a lot of effort now to address the clinical burden, in terms of the overall usability of EHRs, the organizational policies that reflect those, and government policies at the state or federal level. That’s a far cry from the early 2000s, when very few organizations even had electronic health records. So there’s definitely a gradient in terms of how we rank our progress and how we look at the steps we’re taking — and have already taken — to make things better for all of us who participate in the healthcare system.

Gamble:  Agreed. You mentioned you have two children — how old are they?

Gamble:  So you’re right in the thick of it. I’m there too; I have 7-year-old twins. I think about what it’s going to be like when they’re old enough to make their own health decisions, as a result of the groundwork that’s being laid, and it’s really encouraging.

Posnack:  It really is. I was having a conversation with my older one where I said, ‘you might not even need to drive when you’re 18.’ In some ways, it’s hard to even comprehend that, and yet, it seems possible based on the trajectory the automotive industry is on. Setting aside all of the other complexities and societal adjustments, it’s probable that we will see more driverless care in the near future. And then you think, what does that mean for healthcare? What’s healthcare’s future? There’s so much potential in terms of consumer-facing technologies, and it’s only going to accelerate, especially when you look at how much of the economy is driven by healthcare.

Gamble:  Absolutely. It’s been amazing to watch all of this change unfold, and I think it’s only going to continue. Thank you so much for speaking with me; I really enjoyed it.

Posnack:  It was fun, thank you.