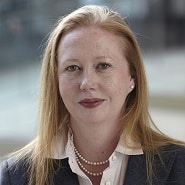 “It’s all about change management.”

We’ve all heard the phrase — or at least, something to that affect — before, but what we don’t always hear is how. How can leaders provide their teams with the assurance they need when the future seems uncertain?

According to Kristin Myers, Senior VP of IT at Mount Sinai Health System, it starts with a healthy dose of transparency. The leader’s role, she believes, is to “articulate the vision” by providing a roadmap of where the organization is going, and explaining how they fit into the plan. The key is to help individuals and teams understand that “they’re part of the change,” she said in a recent interview.

Myers comes from experience, having helped guide Mount Sinai through a massive merger with Continuum Health Partners back in 2013. During our discussion, she talked about what the experience taught her, and the organization’s goal to move to a single platform. Myers also discusses the keys to gaining operational buy-in, the qualities she values most in team members, how innovation is being used as a recruiting tool, and how the industry can start to achieve parity in leadership roles.

There is a whole discipline around change management and really understanding the human factors in an implementation — what it takes for physicians and nurses to make the switch from one system to another — and being able to address those needs.

It’s important to make sure they feel recognized in the efforts they’ve given, because change is very hard. And actually, I think it is not focused on enough as part of these major transitions.

We’ve developed dashboards and data to really support the system huddle. It’s a tremendous opportunity to learn from each other and to make data-based decisions across the health system.

Being able to hear their challenges, whether they’re having telephony issues, desktop issues or Epic issues, is tremendously helpful to me as a leader.

Gamble:  Let’s start with an overview of Mount Sinai Health System. I know you’re really a pretty large system, but just some general information about the number of hospitals, some of the ambulatory offerings, things like that.

Myers:  Mount Sinai Health System is in New York City and we have seven hospitals: five in Manhattan, one in Queens, and one in Brooklyn. We also have a very large ambulatory footprint. We have around four million visits per year, and we cover every specialty you can think of — not just Manhattan but in all of the boroughs of New York. In terms of our patient population, I would say the majority of are Medicare and Medicaid, and then we have a mix of self-pay and commercial.

Gamble:  And of course, being in New York City, it’s a pretty competitive area as far as healthcare.

Myers:  Absolutely. One of the biggest challenges we have is around talent management — not just in healthcare IT, but we’re also competing with financial firms and other technology companies for the same resources.

Gamble:  Sure. Now, in terms of the clinical application environment, are you using Epic? And is that in all of the hospitals?

Myers:  We actually merged with Continuum Health Partners around five years ago. At that point, we had Epic at our main hospital, which is the 1,100-bed academic medical center on 98th and Madison Avenue. We also had rolled it out in our ambulatory areas and at Mount Sinai Queens Hospital. When we merged with Continuum Health Partners, there were several legacy systems, such as GE Prism, for which support ends in June of 2020; and so we’ve been steadily migrating the hospitals off that platform.

Gamble:  In general, have the rollouts been successful? Obviously there are so many factors when you’re going live with a system like Epic.

Myers:  Yes. I think one of the key differentiators has been our executive sponsors and the leaders at Mount Sinai Health System really making it a priority. We’re also using it as an opportunity to standardize protocols across the health system where we can. So it’s been a fantastic initiative. We’ve really had a deep commitment from our leadership and physicians and nurses.

Gamble:  When you talk about executive sponsors making it a priority, is that in terms of being willing to invest the resources that are needed for training and support?

Myers:  Absolutely. We have physician and nurse informatics team members that are dedicated to the project. We’ve made sure to compensate for physician and nurse involvement so the decisions that are made are really based on clinical input. The other thing is, we don’t consider our Epic implementations to be IT implementations. It’s a clinical transformation, and I think that’s an important point.

Gamble:  What exactly do you mean when you call it a clinical transformation? What does that entail?

Myers:  One thing we’ve done is, very early in the Epic program, we created an IT PMO as part of the program management office. There is a whole discipline around change management and really understanding the human factors in an implementation — what it takes for physicians and nurses to make the switch from one system to another — and being able to address those needs. I think that’s extremely important in any program, specifically around programs that are clinical in nature.

Gamble:  There’s no easy way to do that, especially when you’re dealing with so many different needs. Now, in terms of some of the earlier go-lives, what do you think were some of the biggest challenges?

Myers:  Each of the hospitals has a different culture, and so I think it’s being able to recognize and adapt the implementations to that culture and its specific needs. One example is the Beth Israel implementation, which we recently kicked off. We’ve done a lot of work in Epic, and our hope was to bring a standardized build to all of the hospitals. However, they’re a behavioral health facility, and so we need to make sure we’re able to customize appropriately based on the clinical need. That’s really important.

Gamble:  Do you feel you’ve been able to address that so it’s not an issue with subsequent rollouts?

Myers:  I think so. The approach we take with standardization is we look at 80 to 85 percent being rolled out across the health system, but we always take into account that there are variances at each of the sites. Making sure we understand the variances and making sure the physicians, nurses, and support staff feel that their voices have been heard has helped lead to the success of the overall program.

Gamble:  Right. I had read that Mount Sinai has an initiative to provide recognition for some of the individuals or teams who excelled in their use of the system. Talk about the importance of recognizing these efforts and why it’s something you do.

Myers:  We do. As part of our change management strategy, we also have a number of celebrations that occur as part of the go-live and post go-live, not just for the IT and clinical informatics teams, but also the operations teams. We think it’s important to make sure they feel recognized in the efforts they’ve given, because change is very hard. And actually, I think it is not focused on enough as part of these major transitions.

Gamble:  Yeah. The simplest changes in workflow can really make an impact on how someone is able to do their job.

Gamble:  What are some of the other priorities you’re focused on?

Myers:  One priority that I think is extremely important to the health system is setting up a system-wide clinical command center. Ours has been operational for more than a month, and is run jointly by our COO and CMO jointly. Every day, all of the leaders from the health system join in a system-wide huddle. We’ve actually developed dashboards and data to really support the system huddle. I think it’s a tremendous opportunity to learn from each other and to make data-based decisions across the health system. It’s an enormous initiative that’s been going on for some time but is now operational. I’m really proud of the operational teams and IT teams who’ve worked in such a collaborative way to get it up and running.

Gamble:  You mentioned change management — this is something where I’m sure people had to adjust their schedules, but do you feel the benefits outweigh the inconveniences?

Myers:  Yes, and I have to say, it’s extremely well-executed. It’s very clear what the rules of the road are, what should be reported out, what shouldn’t be, and the order in which leaders can speak to what’s occurring at their side. What’s unique about this is it’s not just hospitals — the ambulatory sites are included as well. Being able to hear their challenges, whether they’re having telephony issues or desktop issues or Epic issues, is tremendously helpful to me as a leader within the organization.

Gamble:  Right. Being such a large organization, it seems like a good way to try to ensure people are aware of what’s going on.