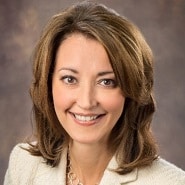 Once a nurse, always a nurse.

It’s funny; Robin Lang never would’ve envisioned herself as a CIO. As a nurse, her passion was caring for patients – both those in the hospital and those living in the community. But the more she became involved in technology, the more she started to believe in the impact she could have in an informatics leadership role. In fact, Lang found that not only could she touch more patients, but she was also able to improve care delivery and help reduce the burden faced by clinicians.

Recently, healthsystemCIO spoke with Lang about her 30-year journey from nurse to CIO, and the work her team is doing at CaroMont Health to move toward an integrated system while making IT as “seamless” as possible. She also talked about how they’re working to provide at-the-elbow support, the organization’s philosophy on growing from the bench, and the enormous privilege of being a female IT leader.

Some of the practices came from paper, and it was a very vanilla approach where you get in, get live, and then optimize on the back end. History has shown us that’s just not the best way. You really have to go live with what you need, or it’s really painful.

It’s not just a slogan to be physician-led; we really need partners to be the face of the project and understand what was coming, because even with the best planning, there’s still pain. It’s still a difficult thing to rip out an EMR and replace it.

It allowed us to do a ramp-up period with employees rather than having to scale down the people we hired from our community a few years after the implementation. They helped bridge that gap.

It’s a wonderful partnership, and it’s one side pushing the other, depending on the day. Sometimes IT is nudging operations, and other days operations is doing it.

Gamble:  The first thing I’d like to do is get an overview of CaroMont Health. I know you have the hospital, as well as some other care locations.

Lang:  CaroMont Regional Medical Center is the anchor hospital to CaroMont Health. We just announced a second location in Belmont, which is going to be a partnership with Belmont Abbey College. We’re looking to open that facility in 2023. We have a free-standing ED, hospice, and long-term care on our campus. We also have 52 (and growing) practices that cover several specialties, as well as primary care and urgent care.

Gamble:  In terms of the EHR, what do you have in the hospital and clinics?

Lang:  In 2015, we converted to Epic on the inpatient side. We were a hodgepodge of all different, best-of-breed systems that had grown up through the 90s and the 2000s. We did it a little differently and went live with the hospital first. We had four disparate EMRs in the medical practices, and so after doing the hospital and getting our footing, we took the practices one by one and replaced them in 2016.

Gamble:  In terms of the decision to implement first in the hospital, that’s not something we always see. What was the reasoning was behind it?

Lang:  We have a philosophy at our hospital that we are very much physician led, professionally-managed, and technology-enabled. Prior to 2015, as we started talking about implementing Epic, we had just installed athenahealth in most of our practices, and it was a pretty painful install.

It was a rapid install; some of the practices came from paper, and it was a very vanilla approach where you get in, get live, and then optimize on the back end. History has shown us that’s just not the best way. You really have to go live with what you need, or it’s really painful.

Because the physicians had lived through that with their practices, we wanted to earn their trust and let them see the team that was going to be implementing Epic. We partnered with Mercy Technology Services, out of St. Louis, and they were amazing. We did what’s now known as the Country Connect model, but we used our own instance. So they came out and helped us mitigate costs and risks, and we were further down the road with the build and design. This is a partner that had done it more than 30 times with their acquisitions and mergers.

They brought expertise to us, in partnership with Epic, which we wouldn’t have had with Epic alone. And it gave the physicians an opportunity to see a wildly successful implementation in the hospital, get a good sense of the plan, be a part of it, and then roll it out in a phased approach. In 2016, we did a small Greenway replacement in our women’s services, then went big-bang with athenahealth across the majority of primary care and some of our specialty care. There was one large medical group that had been on e-clinical works; we did them last in 2016.

Gamble:  That makes a lot of sense to let the users see how an implementation should go and really get a feel for how it would be for them. It seems like that and that turned out to be the right decision.

Lang:  It definitely was for us; everything has to have table stakes. Having physicians as partners is so important. It’s not just a slogan to be physician-led; we really need partners to be there — to be the face of the project and understand what was coming, because even with the best planning, there’s still pain. It’s still a difficult thing to rip out an EMR and replace it. Change management is a tough business, and so it really makes a difference to have your providers along with you.

Gamble:  Right. And you said you work with Mercy Technology Services. I would imagine the appeal is the experience they have with rollouts and being able to touch on those pain points?

Lang:  Exactly. We knew they had a similar culture and value system to CaroMont. They were a great fit for us; a very service-oriented organization. We are an independent community hospital, and fiercely intent to remain so. We service a five-county area, and we wanted to make sure we were going to bring the best we could to our community with the least risks, and they were a wonderful fit. It allowed us to do a ramp-up period with employees rather than having to scale down the people we hired from our community a few years after the implementation. They helped bridge that gap.

At the end of the project, they went to their next implementation and we maintained the staff we had brought on as our permanent employees, without having to experience that attrition through layoffs or job eliminations. Even though we still grew our department by a third, it was not as painful as ramping up to a couple of hundred employees, and then having to reduce half of them at the end of the project.

Gamble:  So Mercy Technology Services was still involved for a certain amount of time after the go-live?

Lang:  Yes, they were involved in the optimization and helping us get settled. We went live in the hospital in August, and we did all of the practices in three phases: March, May and September. They stayed with us through the end of 2016, making sure the dust settled and helping with any break-fix work we had to do. Of course, Epic was alongside Mercy and CaroMont along the way; they helped us with the transition to Epic support.

We did a huge optimization effort after the go-live because we know it’s much easier actually to go from paper to an EMR than from an EMR to EMR, because you don’t really have anything to compare. With the other scenario, we have a favorite saying: you remember the way it never was. You think you can do all of these in your previous system, and then you see there are gaps. We did a pretty significant effort of closing some of those gaps, because we had two upgrades kind of staring us down. We went live on 2014 and we needed to do 2015 and 2017 in 2017. Then we took 2018 to be a real optimization year. That year we didn’t do any upgrades. We just said, ‘here’s the list,’ and we worked with a group to pull in physicians, patients, and nurses to determine where the pain points are and do some work around that.

I think for the most part, physicians have appreciated the work we’ve done around burnout and EMR optimization. We have a concierge service with our physician informaticist team. There’s been some great work we’re really proud of that’s paid attention to the things that are often overlooked when you’re doing EHR work.

We are not IT-led in these initiatives. These are operation projects, but we have a lot of clinicians working in the IT shop who are making a tremendous difference. We have what I love to refer to as my expert triad: a strong technical staff, a strong clinical staff with some technical knowledge, and our operational subject matter experts and leaders. It’s a wonderful partnership, and it’s one side pushing the other, depending on the day. Sometimes IT is nudging operations, and other days operations is doing it. The partnership is so strong; we know each other by name. We work in the same buildings and participate in same committees, so they nudge us back.

I wouldn’t trade our model, because we’re not just any IT provider that could be outsourced. It really is relationship driven. It is driven on trust and transparency.  It sounds hokey, but it’s absolutely mission-critical because everybody has to know that we’re all on board together. They have a voice when things aren’t working well, and when it is going well, we celebrate together. We have a pretty good model here that seems to be working for us.

Gamble:  Right. You mentioned the informaticist concierge — can you talk about that? Is the idea to prevent burnout and working with users on things that aren’t working how they should be?

Lang:  Yes. It’s also about efficiencies and proficiencies. Epic has a tool that can capture how the physicians and advanced care practitioners are utilizing the EHR. You can see the hours spent; it breaks it down into pre-office and evening hours, and you can see where they’re spending a majority of their time. Is it in notes? Is it in-basket messaging? Where are the opportunities? Do they have quick buttons and do they have their phrases built out in favorites?

We have a master’s prepared educator who works with that group. We have advanced care practitioners led by a physician — our interim CMIO, and we have clinical support with a few registered nurses who help do the whole front end to back end, including at the elbow.

We’ve had some pretty significant nationally-presented results where the physicians themselves have said that an hour with this group has afforded us 10 hours over the course of a year that we’re not spending digging in and having to read every message in the in-basket and understand how to work pools. They don’t have to come to IT and say, ‘I don’t speak IT — who can help me with this?” These are advanced care practitioners who are in the primary care and specialty offices, and in urgent care. They understand it at the granular level. They’re able to bring it back and work with the ambulatory team or in-patient orders team. It’s a relationship where even practice managers can reach out to the informaticists. They’re a great resource for the organization; they can provide support, answer questions, and assist with the rollout of new applications or features. We have really enjoyed having that group be a part of the IT team.