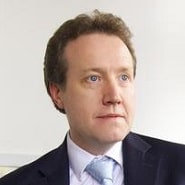 Keeping the trains running while also putting the pieces in place to drive systemic change.

Allocating resources in the most effective way.

Establishing best practices and scaling them across the industry.

No one would bat an eye to hear a CIO talk about these challenges. What’s interesting in this case, however, is that the CIO in question is based in the United Kingdom. But despite the large body of water—and funding model—that separates England from the U.S., there seems to be far more joining the two countries together, especially when it comes to healthcare IT leadership.

Recently, healthsystemCIO had the opportunity to speak with Will Smart, who currently serves as CIO for Health and Social Care in England, about the major changes NHS is undergoing, the ultimate goal of defragmenting a complex system to increase alignment, and the important work being done to incorporate social determinants into the care picture. Smart, who recently announced he is stepping down from his role in late September, also talked about the professionalization of the CIO, how he has benefited from his involvement with CHIME, and why he’s excited about the future.

In a cash-constrained environment, there’s only a certain amount of money to go around, so why not cooperate and try to make the best value with what we’ve got?

It’s rewriting job descriptions and things like that, but there’s also the emotional, human aspect. It’s a big change, but I think we all agree it’s the right thing to do.

There’s a real tension between the ‘business as usual’ piece and keeping the show on the road, while you move the pieces into the right place on the chessboard to drive change in the wider system. That’s not just a challenge for healthcare; it’s a challenge in all industries.

Our objective was to reach a point where those 26 organizations are comparable to the best in the world. Not because we think that’s important in and of itself, but after the National Program for IT, we wanted to prove that the NHS is capable of delivering high-quality technology at scale.

Gamble:  Hi Will, thank you so much for taking some time to speak with us. I think the best way to start is with an overview of NHS England and how it’s structured.

Smart:  To give you a sense of scale, England has a population of 56 million. Each of those people are covered for their healthcare under the National Health Service. The NHS employs 1.3 million staff and we have about 7,000 primary care practices across the country, and about 270 secondary care providers to care for patients from cradle to grave. We’re funded by general taxation.

In terms of governance, we have a Secretary of State for Health who is a minister within the government. He runs the Department for Health and Social Care, which effectively owns the policy around healthcare and social care in England. At a national level, there are a number of arms-length bodies (ALBs) — organizations that are accountable to the Secretary of State but operate somewhat autonomously from the Department of Health. The three ALBs that are important from a technology perspective are NHS England, which is accountable for the overall strategy for the delivery of healthcare across England; NHS Improvements, which is responsible for supporting the NHS to improve patient care; and NHS Digital, the national information and technology partner. They publish statistics about the performance and operations of the NHS, and they operates a number of large-scale live services in the technology space.

We have Spine, which holds demographic details for each citizen in England that can then be used to create a single longitudinal record for individuals regardless of where they receive treatment. They also provide resources to support some of the national programs we’re doing.

My role as CIO sits within NHS England and NHS Improvements. I’m on the healthcare side of things, not the digital provision side. My job is to work with colleagues to make sure that we commission the right services from NHS Digital to be accountable for delivery of our technology strategy and to lead a number of large-scale programs. We have a purchaser-provider split in the technology space as well at a national level.

To complicate things further, NHS England and NHS Improvement recently came together as a joint venture.

Gamble:  Right. Let’s talk about that. What was the impetus for the two organizations coming together?

Smart:  One of the factors is the purchaser-provider split. We’re beginning to operate more as a health system and take more of a population-based approach to care. Rather than commissioners having money and providers trying to get a hold of it, we’re creating Integrated Care Systems (ICSs) that will be grouped by geography and will operate as a single system with all of the parts working together toward shared goals.

I think it’s a recognition that rather than having payers and commissioners or commissioners and providers in competition, they have to be more collaborative, because they’re two sides of the same coin. In a cash-constrained environment, there’s only a certain amount of money to go around, so why not cooperate and try to make the best value with what we’ve got?

Gamble:  That’s a significant change. I’m sure it has taken a lot of effort to join together such large, complex organizations.

Smart:  Of course. As with all these things, there’s a tactical change. It’s rewriting job descriptions and things like that, but there’s also the emotional, human aspect. It’s a big change, but I think we all agree it’s the right thing to do.

The other system-level change is NHSX, a new unit that was created to drive forward the digital transformation of health and social care. It brings together leaders from the Department of Health and Social Care and NHS England Improvement to form a single virtual team.

The principle is to shorten the line of sight from policy strategy to delivery, and shorten the line of sight into the operations of NHS Digital. There are a lot of moving parts, but the overall objective is to defragment the system and bring people together to create more coherent units of operation that align us in the same direction, rather than a model where there’s an inherent tension between various parts of the system. That’s the journey we’re on.

Gamble:  It’s interesting that you brought up defragmenting the system; that’s been a common theme in the United States, as you know. It’s painful in the short term, but it’s so critical to move toward an integrated system.

Smart:  Yes. Our challenge is that there all these fundamental things that need to be done. It’s trying to keep doing the right things and not getting distracted by everything else. There’s a real tension between the ‘business as usual’ piece and keeping the show on the road, while you move the pieces into the right place on the chessboard to drive change in the wider system. That’s not just a challenge for healthcare; it’s a challenge in all industries at the minute as we redesign around customers using digital technologies.

Gamble:  Right. Now, what does the EHR landscape look like at NHS?

Smart:  In this environment, each hospital or hospital group tend to have their own EHR system. We use many of the same systems, including Epic, Cerner, InterSystems, AllScripts, and Meditech, as well as a few UK-based vendors. Each organization is accountable for the implementation of those core basic systems, which are subject to the standards we set.

In the early 2000s, we launched the National Program for IT, which was focused on trying to implement singular systems across the country, top down. It didn’t work — we really struggled and spent a lot of money, and it didn’t really raise the bar across the NHS in terms of maturity.

More recently, we’ve been doing something we call the Global Digital Exemplar Program, which has three parts to it. At this stage, we have 26 secondary care organizations that are relatively mature from a digital standpoint. We’re allocating funds for them to reach HIMSS Stage 7 in the acute care space, and to work toward interoperability.

Our objective, over 2 to 3 years, was to reach a point where those 26 organizations are comparable to the best in the world. Not because we think that’s important in and of itself, but after the National Program for IT, we wanted to prove that the NHS is capable of delivering high-quality technology at scale. We’re at the point now where we have a number of organizations that can get to HIMSS Stage 7 over the next six months. That’s the first part of the strategy.

From there, we’re doing two things. One is to take learnings from those exemplar organizations and effectively blueprint them so that if you’re implementing closed loop meds administration, for example, this can be used as a resource. It’s a blueprint for the key issues that need to be considered, the decisions that need to be made, the consequences of the decisions, and what the build looks like. We’re taking learnings from those organizations and implementing them across the rest of the NHS, and that brings us to the third part, which is our strategy. Our real drive is to take those best practices and scale them, at pace, across the rest of the system.

We’re taking what we call ‘fast followers’ and partnering them with mature organizations that can mentor them through the deployment process and help them drive change more successfully. We also hope to drive down costs by avoiding traps we’ve fallen into before when it comes to customization.