In perhaps the most highly anticipated session at the recent CHIME Advocacy Summit, three members of Congress did something healthcare IT leaders may not have expected: they asked for help. During their presentations, Representatives Doris Matsui (D-California), Bill Johnson (R-Ohio) and Bill Foster (D-Illinois) talked about how they’re working to advance health IT by removing the many obstacles that exist. 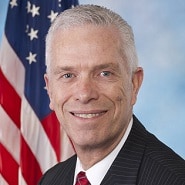 One of those, according to Johnson, is the “regulatory framework” around telehealth that’s preventing the technology from making a greater impact in areas like stroke treatment and opioid abuse. In areas like Appalachia,” where care facilities are few are far between, “it’s vitally important” for patients to be able to interact electronically with providers.

The problem? Broadband access – or more accurately – a lack thereof.

It’s one he hopes won’t stand in the way for long. In 2017, Johnson teamed up with Matsui to co-sponsor the Evidence-Based Telehealth Expansion Act in an effort to reduce long-standing restrictions on Medicare coverage. 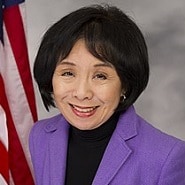 This is where healthcare IT leaders come in. Both Matsui and Johnson urged attendees to continue to share their stories — both the successes and the trials — to help educate lawmakers and drive change. What’s also critical is being willing to share data supporting the effectiveness of telehealth.

Matsui, who serves as chair of the bipartisan Congressional Spectrum Caucus, has also authored bills focused on 5G and cybersecurity, and is a strong believer in AI’s transformative capabilities.

“Now more than ever, it’s critical to leverage telehealth to bridge gaps in specialty care and address mental health conditions,” she said. “We need to shake up the system.” 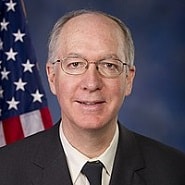 Finally, the audience heard from Foster, who was recognized for his role in helping to remove the ban on funding a unique national patient identifier. A physicist by training, Foster talked about the digital identification program in Estonia that “is going to transform medicine.” And although there are significant concerns around cybersecurity and privacy when it comes to a national identifier, he believes younger generations are more likely to accept the concept.

Foster also noted that the “X-factor” in the long-running patient identification debate is the opioid epidemic, as having real-time access to information can potentially prevent “doctor shopping.”