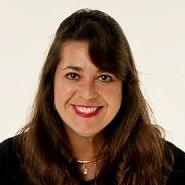 In at least one sector of healthcare leadership, the gender salary gap hasn’t just been narrowed, but eliminated.

According to a recent CHIME survey, female CIOs and other senior healthcare IT executives earned about $30,000 more than their male counterparts. It also found that leaders from children’s hospitals earned the highest average salary.

“In many organizations, the CIO is a strategic partner who works across the healthcare system to improve health and care,” said Sheree McFarland, Division CIO of the West Florida Division of HCA Healthcare and a member of the CHIME Board of Trustees. “We are valued for our leadership skills and our ability to collaborate with everyone, from the CEO to clinicians to the finance department. As a member of Women of CHIME, it is rewarding to see that gender is not a barrier to equitable pay and that both our women and men members are recognized for their contributions.”

The results indicated an uptick in base salaries from 2012, when CHIME conducted a similar questionnaire, and found that most respondents were satisfied or very satisfied with their total compensation and current job.

Among the key findings:

All of this, however, comes at a price. According to CHIME, nearly half of respondents said they experienced heavier workloads in 2018 compared with the previous year, with 47 percent saying they worked more hours per week than in 2017.

For purposes of the survey, base salary was defined as what respondents are paid on an annual basis, before deductions for taxes, health and other types of insurance, other employment-related deductions and retirement fund contributions. Base salary also excludes any form of bonus payments received, which often represents a significant component of executive compensation. Over 95 percent of respondents said that they receive paid time off and health benefits and 70 percent received bonus payments.