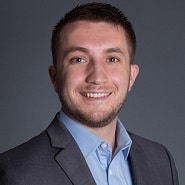 What’s going on with Sonnet? Do you know anything about eCW’s new acute EMR? We’re thinking about expanding our athena system to the hospital; how has that gone for others? Is Meditech Expanse really different from previous Meditech tools?

When providers ask questions like this regularly, it’s a clear signal that it’s time to do some research. To that end, we recently published our Emerging Acute Care EMRs report to answer those questions and dispel some misconceptions.

Unlike most KLAS reports, this one was not written to compare vendors or their products. These products are in varying stages of development and have different target markets, so KLAS’ findings spotlight each vendor and product individually. I’m excited to share some of those findings here, and I invite readers to check out the report for more details.

athenahealth got into the acute care EMR market in 2015, and as the chart below shows, they’ve made small critical, access-hospitals their target market. It has shown a solid performance overall, and their pricing model has made switching EMRs an option that didn’t exist before, but sales of the product paused toward the end of last year. The product is still unavailable for purchase, and no plans to resume sales have been announced.

Epic announced Sonnet in 2017 and generated a lot of buzz, but additional details from them since then have been sparse. Other sources have filled in the blanks with their own ideas that aren’t necessarily true.

Contrary to popular belief, the product is not intended to be an option for small hospitals to have a direct relationship with Epic. In fact, a very small percentage of organizations will want to go with Sonnet, and the report details who that would be. Epic hasn’t let any customers purchase the product with false expectations, but this report is the first to show Epic’s real intent for Sonnet. Due to the specific nature of the product and the fact that it isn’t truly a new system, KLAS will not be watching it or collecting data on it in the future.

Though eCW has had a small number of customers sign up with their acute care EMR since 2015, none are live yet, and a couple of beta sites have pulled out of agreements. If eCW can put out what they have promised, there is hope. They have a different pricing model, similar to athenahealth’s, that could work to their advantage. But things are pretty far along already. We’ll have to continue to wait and see what happens.

We are seeing a different Meditech; they are taking a leap forward with their new Expanse platform. Many Meditech customers on older tools are sending out RFPs, considering all of the options, and opting to move to the Expanse platform. Providers are noting significant improvements for physicians, and overall scores are up significantly from previous versions. While Meditech is still losing market share, the Expanse platform shows real potential to shore up their existing base and land more new deals.

No vendor has developed a perfect system yet, and each has room for improvement. The new products that have live customers are highly competitive with, but have not yet outstripped, other products on the market. Providers still need to weigh which benefits are the most important to them and which shortcomings would be the easiest to manage.

This piece was written by Tyson Blauer, Interoperability Analyst with KLAS Research. For more information about KLAS, click here.