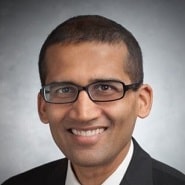 Last month, JAMA published an editorial by Emanuel and Wachter arguing that changing the behavior of patients and providers is more important than refining predictive analytics with artificial intelligence. Technologically sophisticated users may gravitate to digital technologies, but that doesn’t translate into lower healthcare costs or healthier populations. The ongoing investments in digital health seem to focus on mobile applications and data analytics, yet our health care expenditures continue to rise without a corresponding improvement in health. How might we modify our approach in health IT to support and sustain behavior change?

Behavior change is more than disseminating knowledge. Knowing our health risks based on genetic information does not appear to have an effect on behavior. Sharing knowledge alone does not lead to sustained behavior change for weight loss. Behavior change theories abound, including Social Cognitive Theory (Bandura), Transtheoretical Model (Prochaska and Di Clemente), and the Theory of Planned Behavior (Ajzen). All three models reference the mental state or attitudes of the individual as critical to initiating behavior change. Schrader and Lawless point out that Bloom’s taxonomy of instructional objectives included the cognitive, effective and psychomotor domains back in the 1950s.

Some researchers have labeled the domains knowledge, attitudes and behaviors. Individuals must do the following:

Health IT could influence attitudes by exposing the behaviors of peer groups, social influencers or individuals who enjoy benefits that are currently not available to those who do not exhibit the behavior. Even if a particular environment or peer group supports a particular behavior (e.g., smoking, unhealthy eating), highlighting those actions among others in another environment may help trigger the craving to consider new behavior pattern. From the individual’s perspective, the behavior would have to be tightly linked to the outcome or benefit of interest and be considered feasible based on the existing resources of that individual.

Once an individual understands that adopting a new behavior might lead to a “better state,” (e.g., improved health) and they have the ability to initiate that new behavior, they will need to develop a process to sustain that new behavior. Gardner, Lally and Wardle suggest habit formation could be strengthened by linking a behavior change with a specific context, preferably one that is encountered daily. After a 10-week learning phase (possibly longer for more complex actions), the habit is likely to have formed and the individual will perform the new behavior automatically. The repetition during the learning phase transfers initiation of the behavior from the individual’s conscious attention or motivation to the contextual cue.

Even if a new behavior is successfully adopted as a habit, without a change in the environment to reduce the likelihood of cues from peers or the surroundings, an individual may relapse into their previous pattern of behaviors. James Clear makes the argument that changing one’s identity may be more important to sustain behavior changes. That new identity may include leaving long-time friends, changing family dynamics and redefining what matters most. In my own experience, current deployments of health information technology does not acknowledge the difficulty in redefining one’s identity when considering new health behaviors. Although health IT might help increase an individual’s openness to change through sharing information about others and help individuals stay motivated with self-monitoring and feedback, health IT may not be as effective in supporting an individual’s new identity by changing that individual’s environment and social support structure.

Most leaders and funders expect to see “results” from pilots quickly to justify continued investments in new interventions. We in healthcare IT may better serve our ultimate customers (i.e., patients) by framing interventions as levers to initiate and sustain new health behavior change through highlighting not only knowledge, but also attitudes (including interest in forming a new habit), and the ability to alter one’s environment to reduce exposure to cues that might promote old habits, as well as supporting individuals who might be struggling to embrace a new identity. Behavioral scientists are still struggling to identify techniques to support lasting behavior change in the “real world.” Those groups that continue to refine their health IT using behavior change principles may be better positioned to make meaningful improvements in health.

This piece was originally published by Anupam Goel, MD, Chief Health Information Officer with UnitedHealthcare Clinical Services on his blog. Previously, he served as VP of Clinical Information for Advocate Health Care, and Associate Director of Medical Informatics at UC San Diego.