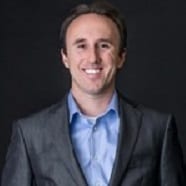 Several years ago, I had a conversation with my daughter’s pediatrician about the facility’s pediatric system. The facility was using a certain enterprise vendor’s EHR, and the pediatrician was absolutely miserable with it. He asked me about PCC’s system, which he had heard good things about from his peers. PCC’s ratings are off the charts, and hardly anyone is dissatisfied with them or their product.

My response to him was that customer feedback on PCC was excellent, and if the facility had the ability to switch and if PCC wanted the facility as their customer, then why not go with them?

That was several years ago, and guess what system that pediatrician uses now? Well… he still uses the same enterprise vendor’s EHR. And he’s still miserable.

I assume that something stood in the way of this pediatrician’s facility switching to a top-rated system. But providers who don’t have anything standing in their way should make every effort to switch to a high-performing pediatric system.

We at KLAS are asked very frequently by providers about the pediatric space. We have been exploring the space for a couple of years, and we have received a lot of feedback from providers. But we have not yet done a report or broken out the pediatric facilities’ responses on our website. That’s one reason I want our insights to get out to providers via this blog post.

In the pediatric space, providers are generally sticking with the systems they know. They don’t want to switch because of the time, money, and effort that goes into getting a new EHR. Many are happy with their jobs and workflow, but many others are annoyed by the systems they use.

That doesn’t bode well for patients because pediatrics is a big area that touches everyone. We were all kids at one point, and many people have kids who visit a pediatrician. Because pediatricians are so impactful, it is important that they are happy and can do their jobs appropriately. Something that plays into job satisfaction is having specialized solutions that help limit inefficiency.

Specialized Solutions are Critical to Success

Pediatric EHRs, while similar to enterprise EHRs, have more fine-tuned functionality and documentation for pediatricians. The systems are more specific to young patients, and that often means fewer clicks for physicians.

General EHRs have documentation that applies to a wide variety of patients, not just children. So when pediatricians have to document about conditions specific to adults, like smoking habits and menstrual cycles, there tends to be some frustration on their end.

Pediatricians don’t want to wade through all of that unnecessary documentation. That is why solutions that are specific to the pediatric field are the most efficient for pediatricians. Currently, PCC, Office Practicum, and athenahealth are all doing a phenomenal job with their pediatric-specific systems.

A Look at the Successful Vendors

The strongest vendor in the pediatric space, PCC, plays exclusively to pediatricians. They built the system from the ground up, and have stuck with their specialty for a long time, which has made them very good at what they do. In fact, PCC scores almost perfectly in every area we measure.

Office Practicum is another great option. Although they’ve had some hiccups with nickel-and-diming and training, their customers are very loyal; many say they would purchase the product again.

KLAS has only limited data for athenahealth, but based on what we have seen so far, they also do well in this space, which is surprising considering they’re an enterprise vendor. They have a strong product that has good functionality, but they sometimes struggle with their implementations.

athenahealth’s culture shift over the past year has also negatively affected their customers. However, I believe it’s a shining example of what enterprise vendors can be doing for their customers. 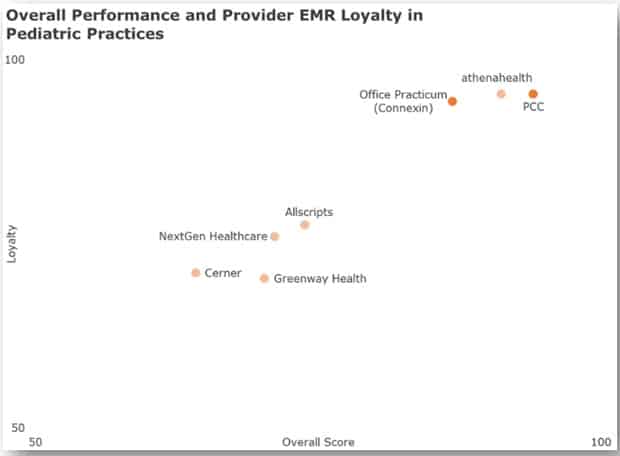 Enterprise Vendors Can Do Better

Currently, enterprise vendors’ pediatrics customers have a lower loyalty score, which means their clients are more at risk for switching later.

Cerner in particular is struggling with its pediatric offering. We have only limited data on the solution, but their implementation and nickel-and-diming scores are especially low. I believe Cerner could improve if they focused on those two areas. Historically, their clinical offerings have been pretty strong across the board, so there is hope for them in the future. 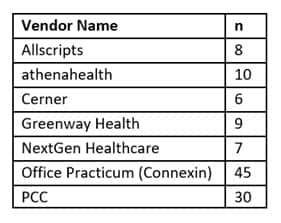 The Future of Pediatrics

As the pediatric space evolves, I suspect there will be more and more consolidation — ACOs will form, hospitals will buy out practices, and merges will occur. When that happens, the question remains: Will acquired pediatric facilities have the option of sticking with a specialized system that works for them? Or will they be forced to switch to a general EMR for the sake of integration?

Providers should consider whether the benefits of having an integrated system outweigh having superior functionality and value with a pediatric-specific EMR. High-performing, pediatric-specific options are out there, and if providers have the right resources and can manage switching to one of those systems, they should absolutely consider it.