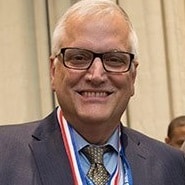 Since its inception five years ago, the EN-Abled Veteran internship program has helped countless families by easing the process of transitioning from the military to civilian jobs. By providing training and experience in healthcare technologies, the initiative has proved beneficial both for former military members and healthcare facilities, and has been expanded to more than 15 healthcare institutions across the country.

But to Jaime Parent, it wasn’t enough. The more he spoke with veterans and their families, the more he learned about the challenges they face — and the mistakes hiring organizations make when it comes to these individuals. After realizing he had been “humbled,” he found a way to share the stories of those who have struggled, while also providing guidance for healthcare leaders on how to build their own veteran employment programs.

In this interview, Parent – a retired Air Force Lieutenant Colonel who has held CIO roles with Rush University Medical Center and University of Maryland Medical System – talked about what he hopes to accomplish through his book (Moving Past PTSD: Consciousness, Understanding and Appreciation for Military Veterans and their Families), how former military members can leverage their experience to contribute to IT initiatives, and what CIOs need to know.

Gamble:  You’ve spoken with us before about your EN-Abled Veteran internship and the goal of finding healthcare IT jobs for veterans. But in your new book, the focus shifted toward veterans with PTSD. What was the impetus for that?

Parent: I started the EN-Abled Veteran internship because I recognized the hiring gaps between the military and civilian job transition, and so I developed some new ideas and strategies that essentially any organization can use to hire veterans. And with the help of people like Judy Faulkner and the folks at Epic, the internship — or its local variant — has expanded to over 15 healthcare institutions across the country. I didn’t get into the PTSD side of the story until I began doing deep interviews with veterans and their families. Their stories were so powerful; they had to be told. And so I decided to spread what I learned at Rush University Medical Center about jobs and PTSD to as many people as I could.

Gamble:  What were some of the things you learned through those interviews about the transition process for veterans?

Parent:  I got humbled really quickly. Being a retired Air Force Lieutenant Colonel, I thought I knew everything about veterans. I was wrong — dead wrong — as is most of the general population. Research shows that we as a nation have been making the same mistakes with transitioning veterans since WWI. Inadequate housing, crowded classrooms, and access to healthcare are as prevalent now as they were 100 years ago. No doubt we now aggressively treat PTSD rather than scratch our heads in wonder about WWII Dad’s combat fatigue and shell shock. But treatment can only start when veterans seek it. Many are lost in the social morass of homelessness, unemployment the stigma of seeking help, and unfortunately, the finality of suicide, which still continues at a rate of 20-plus veterans per day.

Gamble:  Why do so many transitioning military personnel struggle when they come home?

Parent:  The military does an excellent job of preparing war fighters for the battlefield. By the time our fighting forces hit the tarmac, the weeks and months of intense training invested in them result in the highly skilled fighting machines we need them to be. To get to that place, a lot of their moral fabric and core character changes; it has to, otherwise they will not be prepared to see what they are going to see and fight who they have to fight. When it’s time to come home, those battlefield prep changes remain instilled in the war fighter and are tough to shed. This is why some military personnel will redeploy two, three, four times – or more. The battlefield has become their new normal; their childhood home is now the foreign land. And while the military does an outstanding job of going to a foreign land to fight, little or no home transitional training is devoted to coming back home. Consequently, they are not prepared.

Gamble:  Can you talk about some of the promising therapies for individuals with PTSD?

Parent:  Veterans are just like anybody else; find the right therapist, physician and medication, and the recovery process can begin. But treatments can be hit and miss; the brain remains a great mystery. However, one aspect I found that traverses all types of treatments is the often-neglected importance of family members being integral components of the PTSD therapy. Studies show that family members can offer significant help with the healing process, which is why programs like the Road Home Program at Rush University Medical Center are so important.

Gamble:  The book goes into great detail about other issues affecting veterans, such as women’s perspectives, racial bias, military sexual assault, and the unique challenges of LGBTQ veterans. Why did you give a lot of attention to these issues?

Parent:  These veteran’s voices are important; and yet, hardly anyone wants to talk about it. Look, when you’re pinned down or in a foxhole and people are shooting at you, the color of the skin or the sexual identity of the person next to you is the last thing on your mind. Nobody cares, and why should they? Your job is to keep them alive and vice versa. Perhaps the most misunderstood and neglected group are the LGBTQ veterans. That may be the topic of my next book.

Gamble:  You spent many years in healthcare IT leadership roles. What can CIOs and other leaders take from your book?

Parent:  The appendix includes a complete how-to guide for building your own program to help veterans. It is available free of charge and free of license — healthcare organizations can brand and market it as their own.

Below are some key takeaways:

Diversity is a strong part of any healthy organization. I urge everyone to consider building a program to help veterans, as well as your own team.

This piece was written by Jaime Parent, a retired Air Force Lieutenant Colonel and former CIO who is now fully dedicated to advocating for veterans and easing the transition from the military to civilian jobs.