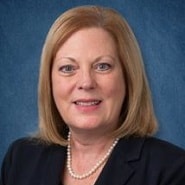 For many CIOs, there are about a million reasons not to get involved in advocacy. The most commonly cited, of course, is time. But to Pamela McNutt, who was instrumental in developing CHIME’s policy committee and has long been a champion for health IT legislation, those reasons are far outweighed by the positives. Not only does it help leaders stay educated on key issues, but by sharing “boots-on-the-ground experiences” with political leaders, CIOs are forging a better path for the entire industry.

Recently, healthsystemCIO spoke with McNutt about the enormous transformation healthcare has undergone in the past three decades – the vast majority of which she has spent with the same organization – and how she has evolved her leadership strategy. She also discusses the critical lessons she has learned about vendor management, the keys to working for a new CEO, and what excites and scares her most about the future.

Since we went into this adhering to Epic’s best practice that you don’t get your production sign-on until you’ve completed training — no exceptions — we needed to be able to track the progress.

The hotspots would be different at different facilities. One facility may have had more issues in the ED or OR, and yet they were using the same software configured for other hospitals. That’s why you have to have your finger on the pulse and be ready to react and shift as you go.

We stayed as close to the foundational Epic system as we could. It forces you, if you have multiple locations, to really standardize your processes and your data capture.

Epic is complex, even within what you might give people access to inside modules and reports. That’s what you have to do during those first 90 days after go-live — get all that straightened out. Make sure the people actually have the tools, the access and the reports they need to do their jobs.

Gamble:  Can you give a quick overview of what you have in terms of hospitals and where you’re located?

Gamble:  Has the organization experienced steady growth over the years, or was there a period in particular where it really seemed to grow quickly?

McNutt:  About 10 years ago we were focusing a lot on hospital growth. In fact, we’re building another hospital now — a smaller one south of Dallas. The last few years we’ve been very focused on growing physician practices.

Gamble:  In terms of the electronic record, are all the hospitals on Epic at this point?

McNutt:  Yes, the hospitals and clinics. Everybody is on a unified record.

Gamble:  Was that one of the motivating factors in employing physicians — to have an integrated record?

McNutt:  No, we were employing physicians really for different reasons. But that’s the main reason we chose an integrated record, because we felt like we needed to have the enterprise on the same platform.

Gamble:  I want to talk about the go-live, which was a few years ago. Methodist opted for a big bang. What would you say were the keys to being able to do that on time and under budget?

McNutt:  With a big-bang go-live, we could talk for hours about all the issues that could come up. But one of the biggest challenges was getting all the training done. That was definitely a challenge; it’s also an opportunity for your project to come off the tracks. It’s the same thing for a go-live; having the proper structure for support took a lot of creativity to figure out how to have all the support we need. One thing I’ve seen is, it’s during that go-live period that you could experience runaway costs. If you don’t manage the level of support, and how much that support is costing you during the go-live period, you could blow out your budget.

Gamble:  What was your strategy when it came to training, especially when you’re dealing with go-lives at different locations?

McNutt:  We ended up bringing in an outside firm to help us manage the training.  It was a mix of some online learning, FaceTime training, and testing. You have to test the trainees to make sure they learn the material they’re supposed to, and on top of that, you conduct personalization labs for physicians.

It was really something to try and schedule all that. More importantly, since we went into this adhering to Epic’s best practice that you don’t get your production sign-on until you’ve completed training — no exceptions — we needed to be able to track the progress. And so we actually hired an outside firm with expertise in training to help us manage the process. They didn’t conduct the training, but they did manage the process.

Gamble:  With Epic, there’s a very specific way they want things done. Is that something that can be a hindrance in some ways, but also beneficial?

McNutt:  It’s probably more beneficial than a hindrance. I think it’s wise to adhere to the concept that everyone must pass Epic training before they can get onto the system. You could choose not to do that, but then you wouldn’t be following Epic’s best practices.

Gamble:  Sure. They’re in place for a reason. As far as having the proper structure for go-live support, I’m sure it’s a difficult thing to try to anticipate. How did you approach that?

They surveyed every area to figure out how many people were on each shift, and we developed a ratio for what type of support the different users would need. All of this went into a formula to tell us how much at-the-elbow support we’d need during each shift.

During the go-live, you have hotspots where a particular area might be struggling a bit more, and so you may need to shift and give them more support or extend that support. You have to have your finger on the pulse of which areas are doing well so you could shift some support from those to other areas. It’s interesting because, in our case, the hotspots would be different at different facilities. One facility may have had more issues in the operating room in the emergency department, and yet they were using the same software configured for other hospitals. That’s why you have to have your finger on the pulse and be ready to react and shift as you go, rather than just have knee-jerk reactions to add more and more and more.

Gamble:  Right, it’s being able to read those situations and allocate resources in the best way possible.

McNutt:  Yes. We had daily reports on how things went in the various units and used them to decide how we might shift resources for the following day.

Gamble:  All things considered, would you have done it the same way as far as going big-bang?

We were on two different platforms — one for ambulatory and one for hospitals. It would have been tempting to say, we’ll do hospitals first or clinics first, and then do the other, but we have specialists in our employee group who would be learning Epic on the inpatient or clinic side, but then not in the hospitals, and we thought that would be a dis-satisfier. We thought it was better to train those specialists all at once on how to use the system in the clinics and inpatient, rather than having to loop back six months or a year later. So I would not change that strategy. And with Epic being extremely integrated between the inpatient and outpatient settings, you’re really using the same patient-access system. That was another reason to keep the go-live together.

The other challenge is that everybody, whether they’re on Epic or Cerner, wants to go their foundation system that they’ve compiled based on the experiences of all their users. We all start out with that goal. We certainly had that goal, and we stuck very closely to that; we stayed as close to the foundational Epic system as we could. It forces you, if you have multiple locations, to really standardize your processes and your data capture. To do that, you have to have some very strong leadership. We were very fortunate to have a CMIO and a nursing executive who pushed that agenda strongly and made it happen for us. I don’t know what we would have done without the two of them.

Gamble:  I can imagine it’s a slippery slope once you start moving away from that foundation. Now, once the go-live happened, did the focus shift to optimization — or maybe stabilization to make sure things were working properly?

McNutt:  Exactly, stabilization first.  Epic is a very complex system; when you’re integration across all the care sites, as we did, there are all kinds of opportunities for gaps, especially in access. It probably sounds silly — why can’t you figure out what everybody needs to access? But when you think about it, people overlap different areas, and Epic is complex, even within what you might give people access to inside modules and reports. That’s what you have to do during those first 90 days after go-live — get all that straightened out. Make sure the people actually have the tools, the access and the reports they need to do their jobs.