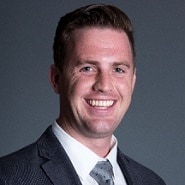 Since kicking off the Arch Collaborative, KLAS has engaged with nearly 200 healthcare organizations and collected 100,000 responses. The greatest thing about this level of participation is we have seen how the Arch Collaborative is impacting providers around the country. Organizations are using the survey results to institute changes — specifically around training, personalization, and culture — that are increasing satisfaction among EHR users.

But do all clinicians value the same things when it comes to EHR satisfaction? The Successful Users’ Keys to EHR Satisfaction report found a difference between what providers and nurses believe are the keys to success.

The Foundation for Collecting Data

At the end of the Arch Collaborative’s clinician experience survey, there is an open-ended question that asks the following: What do you believe that you do differently from some of your peers that enables you to be highly successful with the EHR? The question only appears to those clinicians who agree or strongly agree that their EHR enables them to deliver high-quality care and makes them as efficient as possible.

We wanted to know what the secret sauce is for satisfied EHR users. The report dives into the feedback from the first 1,200 comments. We found that the clinicians’ perceptions validated the data that we had been collecting throughout the Arch Collaborative — but there were still a few surprises.

On the flip side, 44 percent of nurses saw EHR education as the number one key to success, while personalization didn’t even crack the top five. Overall, nurses feel that the more time they spend in the EHR, either with training or work experience, the more satisfied and efficient they are.

So why is there such a difference? Both providers and nurses see patients and document patient care in the EHR, but they are documenting different things and have different workflows.

For providers, personalization is important because they want to use templates and macros to enter information more quickly into the EHR. Providers also tend to be more isolated and have more individual needs, so it makes sense that they would want the EHR to be personalized.

Nurses, however, typically work in a team environment. While providers don’t always ask peers for tips and tricks on how to use the system, nurses appear to be more willing to work and learn together. In addition, there aren’t a lot of personalization options built into the EHR for nurses.

We know from the Arch Collaborative data that training, personalization, and an organization’s culture all play an important role in providers’ EHR satisfaction. In this report, personalization and education made appearances in providers’ and nurses’ perceived keys to success — but what about culture?

When KLAS looks at culture, we measure three metrics: vendor perception, provider trust in the IT leadership, and provider willingness to master the EHR. Interestingly enough, none of those three aspects were prominent responses from providers and nurses.

Through this report, we wanted to learn what users attribute to their success, even though we had data showing that training, personalization, and culture were most impactful. We learned that users perceive education and personalization as keys to satisfaction — but culture? Not as much.

The tricky thing about culture is it encompasses so much. In most cases, if an organization’s culture is solid, there is a strong likelihood of the training program and EHR-personalization resources also being solid. Users can often take an organization’s good culture for granted, especially if it is all they have ever known.

Overall, it appears that successful clinicians don’t perceive or cite positive culture as having a large impact, even though it really does lead to success.

Hopefully, clinicians can use this report’s feedback to learn from their peers and improve their EHR experience. To see more details and the result breakouts for providers and nurses, be sure to check out the report.

The data we collected from one question — “What do you believe that you do differently from some of your peers that enables you to be highly successful with the EHR?” — revealed some key insights that will hopefully better other clinicians’ experiences. At KLAS, the Arch Collaborative team is continually striving to refine the survey so we can uncover knowledge that will be valuable in improving clinicians’ EHR satisfaction.