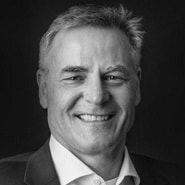 A failed implementation, a return to paper, and an encounter with non-standardized data.

Not exactly ringing endorsements for the potential of IT in healthcare. In fact, these experiences would be enough to send most people running, but for three highly respected and accomplished leaders, it was a calling — a challenge to make things better.

In a recent webinar, our panelists — Sherri Hess, CNIO at Banner Health; Brian Patty, MD, CMIO at Rush University Medical Center; and Joel Vengco, CIO at Baystate Health — talked about how they answered the call, and provided practical advice on how IT and clinical leaders can partner to improve care delivery and increase user satisfaction.

As one might expect, it starts by identifying the key obstacles and working through them. And although there are many, one of the biggest culprits, according to Patty, is failing to involve clinicians in the EHR selection and implementation processes. It’s a lesson he learned — or at least observed — firsthand when he “walked into a firestorm” earlier in his career. After accepting a CMIO role, Patty learned that the organization had experienced a failed EHR rollout, and had to start from the beginning.

“It was a matter of talking to all the clinicians and the IT team and getting the two sides to talk to each other,” he noted. “It was a good learning experience.”

It opened his eyes to the gaps in communication and understanding that exist between clinicians and IT, and more importantly, helped him to realize that there’s a better way. His fellow panelists had similar epiphanies, with Hess being part of a department that abandoned a problematic nursing documentation system, and Vengco learning firsthand how challenging it is to work with unstructured data. Fortunately, all three have been able to leverage those experiences in their current roles.

Below are some of the key pieces of advice from the webinar:

Finally, remember that everyone has the same goal in mind. “Clinicians are passionate about caring for their patients. When something is distracting or preventing them from delivering that care, they get frustrated. As IT professionals, we have to understand that,” said Patty.

[The next offering in our CIO Leadership & Career Development Webinar Series will focus on ‘Smooth Job Transitions.’ Join us Tuesday, May 21 at noon ET as CIOs Julie Bonello, Michael Elley and Aaron Miri share their insights and answer your questions.]