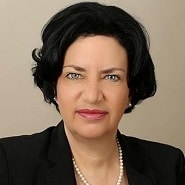 On March 19, Fortune Magazine published “Death by a Thousand Clicks” (Death Clicks), which purports to offer an insider’s view of the expensive, unholy mess of EHR systems in the United States. Recently, healthSystemCIO published a partial review of this article, which focused on the many anecdotes that Death Clicks tells about EHR-induced patient harm, noting in the review that patient harm (and coverups of it) was a well-established feature of the US healthcare system long before EHRs came along.

The second part of this review focuses on the article’s underlying argument, which is that all of the ills that doctors and patients now experience with EHRs could have been avoided if the 2009 HITECH Act had never been enacted, and the government had permitted the industry to evolve naturally.

“The industry was moving along in a natural Darwinist way, and then along came the [HITECH Act] stimulus, said Rusty Frantz, CEO of NextGen, in the article. “The software got slammed in, and the software wasn’t implemented in a way that supported care,” he continued. “It was installed in a way that supported stimulus.” Picking up the theme, on April 30, The Federalist referenced Death Clicks in an article titled “How Electronic Health Records Became an Absolute Fiasco”(Fiasco), noting that EHRs “provide an illustrative cautionary tale in which a government-imposed scheme spends billions of dollars but fails to live up to its hype, and alienates physicians and providers in the process.”

Both articles cast the 2009 HITECH Act as the villain when explaining why EHRs have not achieved their potential today. Although introduced as new legislation in 2009, the ideas behind the HITECH Act had long been gestating. There had been bipartisan agreement that pushing the nation’s healthcare delivery into the information digital age was necessary to address the many medical errors documented by the prestigious Institute of Medicine in 1999. In addition, there was widespread agreement that adoption would not occur on its own. Long after every other major industry had made the shift to electronic information technology, 90 percent of US healthcare providers were still using quaint paper charts.

The economic crisis of 2008 created an opportunity to nudge US healthcare into the digital information age, and the HITECH Act was the vehicle. In retrospect, one could argue that from a policy perspective, it might have been better to handle economic rescue and health IT separately, but politically, it wasn’t possible. As a consequence, a lot of federal feds suddenly became available, and nobody now disputes that the appearance of big dollars encouraged numerous health IT vendors and providers to cash in before either were ready. The consequences are still apparent a decade later.

However, if this makes the entire endeavor an “EHR conceit” and a “debacle”, which is how the aforementioned articles label it, then there was widespread complicity. Death Clicks quotes David Blumenthal, former ONC director and current CEO of the Commonwealth Fund, as saying, “forcing interoperability goals early on, when 90 percent of the nation’s providers still didn’t have systems or data to exchange, seemed unrealistic… They had to operate before they could interoperate.”

Neither Death Clicks nor Fiasco dispute Blumenthal’s reasoning. Rather, they both imply that government intervention made things worse. Through Darwinian natural selection, they imply, the industry would have arrived in a better place.

Really? Death Clicks indicts: “Rather than an electronic ecosystem of information, the nation’s thousands of EHRs largely remain a sprawling, disconnected patchwork.” But that is precisely because the US healthcare ecosystem is, and always has been, a sprawling, disconnected patchwork. Technology did not create this patchwork, it followed it. Federal attempts to stitch it together through interoperability are resisted by the same forces that created the patchwork — and want to keep it that way. In a country that treats healthcare delivery as a competitive activity, there is a strong business case for guarding and hoarding information. Interoperability requires the open exchange of information. Neither Death Clicks nor Fiasco attempt to explain how an open exchange of information would have evolved naturally in an industry where commercial success requires precisely the opposite.

This past February, the ONC and CMS released proposed rules that health policy expert John Halamka described to HealthSystemCIO as “the most transformative event since the passage of the HITECH Act in 2009.” Neither article mentions either proposed rule, although both appeared weeks after they were introduced. Death Clicks quoted current CMS Administrator Seema Verma when she described how difficult it is for patients to access their own electronic health information, and referred to the numerous complaints she hears from physicians on her listening tour. It does not, however, quote the press releases and speeches in which Verma describes CMS initiatives designed to address these complaints. Neither article mentioned current ONC Director Don Rucker, arguably the person now leading the federal effort to implement the aspirational interoperable vision expressed in the 21st Century Cures Act. In fact, neither even mentioned the 2016 law, which provides the legislative blueprint for exactly the vision that both claim hasn’t achieved.

Why the critical omissions?

Both articles help the reader understand how decisions made in the past unintentionally led to problems that exist today. That is useful. But both use inflammatory and accusatory language (‘conceit’, ‘grand plans’, ‘debacle’ and ‘fiasco’) as if they are unable to tell a story of historical evolution without naming the federal government as a villain. And yet, the same villainous federal government has continued to work on these issues, and is coming closer to achieving breakthrough progress. In a recent interview with HealthcareIT News, Rucker expressed his optimism that the conjunction of forces in technology, legislation and consumer empowerment today have brought us to the cusp of a new era.

When asked about Death Clicks, Rucker demurred, ‘Obviously, they had a story line.” One wonders what that underlying story line is.