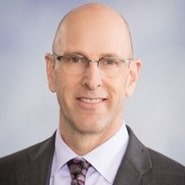 “People will find a way to use technology, whether we sanction it or not.”

It’s a harsh reality health IT leaders face on a daily basis. But it’s also an opportunity, particularly if you’re CIO at an independent health system residing in a sea of large IDNs. At least, that’s how Christopher Timbers chooses to view it. If NorthBay wants to remain competitive, it’s not enough to merely offer the latest tools and technologies — it must be done in a way that “truly enhances” both the clinician and patient’s experiences.

Recently, healthsystemCIO had a chance to speak with Timbers about how his team is working toward its goal of making NorthBay “an easy place to practice medicine,” which means communicating effectively with users and responding quickly to issues that arise. He also talks about the pros and cons of being a longtime Cerner shop, what he learned from his mentors Dr. Michael McCoy and Stephanie Reel, and why he relocated across the country (again) to come to NorthBay.

There’s no question that we miss out on some economy of scale, especially in a service like IT. But we try to balance that with some of the agility and other things that being a smaller, more nimble organization can bring.

We have an unofficial motto in IT: let’s make NorthBay an easy place to practice medicine. Everybody’s going to have system issues. Everyone’s going to have problems. What we try to do is make sure we’re communicating well and we’re responsive.

Gamble:  Thank you, Chris, for taking some time to speak with healthsystemCIO.

Gamble:  To start, let’s get some information about North Bay Healthcare — number of hospitals, some of the other offerings, and where you’re located.

Timbers:  NorthBay Healthcare is an integrated delivery network. We have two hospitals, and we have a physician foundation, because in California you can’t employ physicians directly. Our foundation has about 145 physicians, both specialty care and primary care. We also have an ambulatory surgery center, home health, and hospice — pretty much the full spectrum of health care. We sit about an hour north of San Francisco and about an hour west of Sacramento.

If you were to go back 20 or 25 years ago, we would have been your typical community hospital providing services here, but for any specialty care, you would’ve had to go out of the area. Over the past 25 years, there’s been a big focus to bring specialty care into the area, and so we’ve done that both on the hospital side and through our practices.

The mission of NorthBay Healthcare is compassionate care and advanced medicine close to home. I think that very succinctly states what we’re about and what we’re trying to do for the community we serve here in Solano County. One thing that makes us unique — especially in Northern California where we’re surrounded by large health systems like Sutter, Dignity and Kaiser — is we’re one of the few independents and are strongly committed to staying independent at this point in time.

One of the drivers is to keep that advanced care and those specialty practices in this area. I think there’s a concern from our board — who are all local business people in Solano County — and our leadership that if we were to become part of a larger health system, a decision might be made that it’s more economical to move some of the specialty services back into the urban areas where there’s an economy of scale. And so right now, we’re pretty committed to staying independent and are pretty committed to delivering on that mission of keeping specialty services in this area.

Gamble:  I can imagine it’s challenging being in a really competitive area, but it seems that NorthBay has been able to stay true to its roots, which I’m sure isn’t easy.

Timbers:  It definitely has its challenges. Having spent time at larger healthcare organizations, there’s no question that we miss out on some economy of scale, especially in a service like IT. But we try to balance that with some of the agility and other things that being a smaller, more nimble organization can bring.

Gamble:  So in some ways, competition can be a positive thing — it can be a driver to make sure you’re performing as well as you can.

Timbers:  Yes. We look for ways to really distinguish ourselves among our competition, and I think it shows in some of the physicians we’re able to recruit into the organization, because we are different from most of the other options in the area.

Gamble:  Right. Do you have a pretty fairly diverse patient population?

Timbers:  It’s pretty diverse. We’re in a semi-rural area, but we have the full spectrum here socio-economically speaking. We see a little bit of everything in our patient mix.

Gamble:  In terms of clinical applications, are you using Cerner?

Timbers:  We are. We’re a Cerner shop. Cerner has actually been here since 2003; we’re using it in pretty much all clinical areas. The only exception is we’re still using an older billing system at this point. Most of our effort on the electronic health record front has been to round out specialty practices. In the last couple of years, we’ve implemented their oncology module and the maternal and child health module.

In the ambulatory space in particular, we’ve been very successful recently with rolling out their workflow MPages and dynamic documentation. We pretty much did a redesign in that space for how we’re using Cerner for physician documentation and interaction. We rolled out M*Modal’s Fluency Direct voice recognition system at the same time, and that’s been really successful. It’s been a big satisfier with a lot of our physicians and caregivers.

Gamble:  When you talk about looking to update that implementation, I’m sure you don’t want it to interfere too much with workflow. How are you approaching that?

Timbers:  Actually, a lot what we’re learning is that in some cases, we really do need to modify the workflow. With a lot of the early implementations, we’re still replicating paper processes and not leveraging electronic capabilities as much as we should. And so in some cases, we’re pushing back a little bit on that and saying, ‘No, we need to rethink some of the workflows.’

About three years ago, we sat down with our clinical informatics team and redefined some of the roles of that group to be more focused on both workflow redesign and benefit realization for our clinical systems. And those benefit realizations can be financial, but more often than not it’s around patient safety; it’s around improving quality of care, and trying to get to a point where we’re really measuring our effectiveness in rolling out the systems. If we’re not getting the benefit and we’re not getting improvements in quality, sometimes it’s going back and looking at workflow, as well as the system design, to get that whole piece together and get to the benefit realization we’re looking for.

Gamble:  Interesting. Now, as far as improvements have been made in the clinics in terms of usage, are those things that could translate to the hospital side, or is it really specific to practices?

Timbers:  Certainly some of the foundational level changes we’ve made in Cerner around some of the hierarchies and such have carried over into the inpatient side. But I think the workflows are very different. That’s one consideration — if you’re talking about a physician in their office seeing a patient, it’s a very different workflow than, for example, a hospitalist in the med-surg unit. So we will be going into the hospital, looking at doing the same kind of work. We’re going to start with nursing and then move on to the physician component on the inpatient side. That’s what we’re looking at next year, among other things.

Gamble:  One topic I’d like to touch on is end user experience. I would imagine that in a competitive area like Northern California, you want to make sure physicians are able to access data when they need it. Can you talk about your strategy there and what you’re doing to be able to detect issues before they become a problem?

Timbers:  That’s very timely, and a very important focus for us. We have an unofficial motto in IT: let’s make NorthBay an easy place to practice medicine. Everybody’s going to have system issues. Everyone’s going to have problems. What we try to do is make sure we’re communicating well and we’re responsive. If you were to talk with our providers, they would say that our Cerner implementation is what it is. Some like it, some don’t. Some have challenges with it, but they’d tell you we’re very responsive to them when they have an issue. We try to communicate and we try to work with them as best we can on it. We’ve implemented several tools to try and proactively get out ahead of any issues and incidents.

About two years ago, we adopted a technology from Goliath that tries to monitor what the end user experience is, and if we’re starting to see a deviation from the norm, we get alerted. The source of the issue may be with our network, the source of the issue may be with Cerner. It can be multiple things, but this gives us a heads up that regardless of the source, the end user is experiencing a slowdown or some type of issue. It’s been a great tool for us, but there’s still a lot more we could do in that space to get out ahead of those types of incidents and issues. No matter how well we think we’re communicating, it can always be better. That’s a big focus for us.

Gamble:  There really are multiple components when it comes to end user experience — preventing those issues is just one of them.

Timbers:  There’s a story I like to tell. My brother-in-law is a cardiologist for a large IDN in the Midwest. They wanted to make modifications to their implementation of Epic, and so they made a change request. It went through their local IT, up to their corporate IT, and it got circulated through — this organization operates in multiple states. And the answer came back, ‘We can’t do it, because it won’t work for this other cardiology group in another state.’ My brother-in-law was pretty sure that if they would’ve gotten on the phone directly with those cardiologists, they would’ve wanted the same thing, but the bureaucracy and the cumbersome communication channel made the whole process break down. Not only that, but it took them about six months to get to ‘no.’ That’s the type of thing we’re pretty proud of at North Bay — we’re able to avoid it by being small and being responsive.