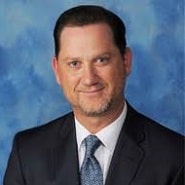 When an organization gets a new leader, the inevitable questions faced are: “What’s your vision? Where are we going?” And it’s quite understandable. But if a leader wants to guide the health system in the right direction – and make sure the right pieces are in place to enable progress while also maintaining – there is no immediate answer. At least, not until the CIO has taken the time “get to know your people,” according to Jeffrey Sturman.

When he assumed the role at Memorial Health last summer, his first task was to become familiarized with everyone from the internal IT team to operational leadership to vendors. And only then did he start to shape his vision.

Recently, Sturman spoke with healthsystemCIO about the key objectives his team has identified, why he returned to Memorial after six years in consulting (and how he hopes to leverage that experience), and how the organization is transitioning from a reactive to a proactive strategy when it comes to data security. Sturman also discusses the “people side” of project management, what he would’ve done differently during his first stint with Memorial, and what it takes to grow leaders.

If I had my choice, I probably would have gone to one of our smaller facilities first if it was a phased rollout. But if I were to do it all over, I would have done it even quicker. I would’ve torn that Band-Aid off and gone everyone live even faster.

We have great capabilities and very knowledgeable resources, but the shift to more cloud-based technology, moving away from a very big infrastructure, is something we are looking at.

I saw how things were in the past, and where we are today is vastly different. We were a very reactive environment until certain things happened; now I think we have a certain level of proactive behavior and the ability to not just monitor, but really address issues before they become issues.

The vision is that they all go to a single splash page, and that we all really work together and triage the reporting requirements as needed. That’s a game changer, I think, for the way in which this organization has worked.”

Gamble:  Hi Jeff, thank you so much for taking some time to speak with us. Let’s start things off with a high-level overview of Memorial Healthcare System — what you have in terms of hospitals, physician groups, and where you’re located.

Sturman:  Memorial Healthcare System, which is actually known as South Broward Hospital District, is located in South Florida, and headquartered in Hollywood. We are six hospitals, with our biggest being in Hollywood and going across the South Broward District west. We really span the entire district and have a nice footprint here.

Gamble:  And you have a physician groups as well?

Sturman:  Yes. The Memorial Physicians Group is our employed group.

Gamble:  In terms of being governed by South Broward Hospital District, what exactly does that mean from your perspective?

Sturman:  Our board is appointed by the governor of the State, so we are a chapter of the state and a quasi-government facility. We are managed fairly independently, and historically have had a terrific bottom line.

Gamble:  Being located in Florida, do you see a lot of seasonal volume fluctuations?

Sturman:  We do. We’re in high season right now. Outpatient volumes are up, whereas inpatient volumes — and it’s not just happening in South Florida, but nationally — are a little bit lower. That’s probably due to a lot of changes relative to reimbursement and population health and moving in that direction, but we do see a lot of seasonal variations.

Gamble:  Does that present challenges in terms of staffing or is that something you can anticipate at this point?

Sturman:  We do. This is years in the making, so we anticipate it quite well. Our staffing levels are fairly consistent throughout the year. We don’t modify tremendously because of that fluctuation.

Gamble:  In terms of the clinical application environment, you have Epic. Is that live in all six hospitals?

Sturman:  Yes. We’ve been live on Epic since 2010. That’s when we started the implementation. We’re an enterprise client of Epic — we have clinicals, revenue cycle, physician practices, home health, oncology, etc. We have just about everything relative to Epic at this point. The final component we’re doing right now is Beaker Anatomic Pathology, which goes live here shortly. We are live on Beaker already in other lab settings. So it’s deployed across the enterprise, from Cupid to Radiant to inpatient.

Gamble:  And what about the employed physicians?

Sturman:  The employed physicians are also using Epic. In fact, they were the first group to go live on Epic back in 2010, and then it was rolled out to the hospitals. And so they’ve been well-versed and are very active and great users of the Epic system.

Gamble:  That’s an interesting strategy. It makes sense to do it first in the practices, which might be a more controlled environment, as opposed to a hospital.

Sturman:  Yes. It’s funny because I think back in 2010, and before that, a lot of organizations were doing phased implementations. That’s what a lot of the vendors were recommending; certainly that’s changed in the last 8 or 9 years. More places are doing big-bang rollouts and getting live with physician practices and hospitals at the same time. That’s not how we did it. We did a slow burn. Relatively speaking, maybe it wasn’t as slow as some other organizations. It worked out well for us, but if I were to do it today, I’d probably do it differently. We did go live right after our physician practices at our Joe DiMaggio Children’s Hospital and then Memorial Regional, which is our biggest facility, and I probably would have done that differently too.

Gamble:  What do you think you would have done differently?

Sturman:  If I had my choice, I probably would have gone to one of our smaller facilities first if it was a phased rollout. But if I were to do it all over, I would have done it even quicker. I would’ve torn that Band-Aid off and gone everyone live even faster.

Gamble:  You hear cases being made for which is the best way to do it, but it really depends on your organization, and your whole implementation strategy.

Sturman:  At the time we did it, we had a burning platform on the revenue cycle side and the physician practice side. We had inpatient clinicals with another vendor. It was working, but I wouldn’t say it was working well. Our doctors were yelling. That’s actually why we accelerated our timeline — to go live on the inpatient side with clinicals, but that wasn’t the burning platform initially, and the reason we chose Epic.

Gamble:  Right now, what are some of the significant initiatives on your plate?

Sturman:  There are a few. We have fairly disparate platforms around business intelligence and data analytics and how we’re managing overall analysis of data. In fact, we have three or even four what I’d call data warehouses to some degree; and so, to consolidate and to put a program in place around business intelligence and our whole database platform is something that’s very near and dear to all of us, strategically. We’re trying to figure out next steps there, and see if we can standardize and get everything into, for example, Epic’s data warehouse.

That’s the direction we’re going, but there’s a lot of work, both technically and from a process and workflow standpoint, that we’re trying to address. That ties into our population health strategy — the business intelligence and population health components to that, and how we’re working toward delivering care in a much more proactive way, and providing the tools and technology to support that.

On the technical side, we have historically had a tremendous data center. We have great capabilities and very knowledgeable resources, but the shift to more cloud-based technology, moving away from a very big infrastructure, is something we are looking at strategically. We’re in the infancy stage, but we’re spending a lot of time talking about and thinking about how we need to move forward.

Rounding it out, the last thing I spend a lot of time on is security. We have a really comprehensive security program around HIPAA, for unfortunate reasons. Years ago we had a breach; as a result, we became quite reactive in our response. Now, that program has taken on a life of its own. We work very closely with OCR [Office of Civil Rights] because we are under a provision, and have weekly meetings, both with internal and external resources, to really affect our security program.

Gamble:  I can imagine you don’t want to talk that much about the cybersecurity strategy, but do you have a CISO in place?

Sturman:  I do. Our CISO [Richard Leon] has been here for a very long time. He was previously the CTO, so he has a long history with us. He’s extraordinarily talented and knows the space very well. We have upwards of 10 FTs resources dedicated to analysis, investigations, and putting in the tools and technology on which we run our security program. We outsource quite a bit with a couple of vendors; that’s something I’m looking to bring back in-house.

Gamble:  In terms of data security, has the organization been working on that shift to becoming more proactive? I would think it’s a big lift from a change management perspective.

Sturman:  It is. I’m fortunate because I’ve only been back at Memorial now for about six months. I saw how things were in the past, and where we are today is vastly different. We were a very reactive environment until certain things happened; now I think we have a certain level of proactive behavior and the ability to not just monitor, but really address issues before they become issues. I’m really proud of the team and what they’ve done thus far. This is an evolving area. We’re learning, along with many others, but I think the sophistication and the tools we’ve put in place, and the processes we’ve put in place, are among the best I’ve seen.

Gamble:  In terms of building a platform for analytics and consolidating data warehouses, is that a near-term priority, or more of a long-term goal?

Sturman:  This has been on the radar for a very long time. It’s been a challenge. The way in which our six hospitals have operated over many years now, it’s been hard for us to standardize, not to mention standardizing more toward market trends and overall healthcare. It’s not a short-term thing. This is going to be a very long-term plan that we need to put in place.

We’re starting to think about how we do standardize, and how we do put a plan in place so that we get a single platform, if that’s possible. And from an end-user standpoint, they may be going to several different sources in the healthcare system to get to the data and the reporting that they ultimately need to manage their operations. Instead, the vision is that they all go to a single splash page, and whoever the reporting functions are — and there are some shadow functions that do this today at Memorial — that we all really work together and triage the reporting requirements as needed. That’s a game changer, I think, for the way in which this organization has worked historically. We had people creating reports and doing different types of analysis, and whoever gets to it first is the winner. And sometimes, whoever gets to it doesn’t know another group is also working on the same requirements. Ultimately the data may be different, and that’s obviously a problem.

Gamble:  As you alluded to, this isn’t something that will get resolved overnight.

Sturman:  This will likely be years in the making.