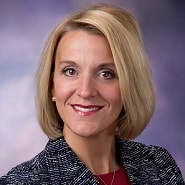 If an organization wants to ensure a successful EHR rollout, there are many components that are important, but one that is absolutely essential. The people who will use the technology must be “intimately involved in developing the strategy and testing the workflows.”

It may sound simple, but in reality, “It’s very easy not to do that,” said Stephanie Lahr, MD, CIO and CMIO at Regional Health. As a physician, she knows firsthand how difficult it can be to dedicate the time needed to sit down with everyone from OR surgeons to the front-desk staff and utilize their input in creating a roadmap. But it absolutely has to happen.

Recently, healthsystemCIO spoke with Lahr about her organization’s transformation – including why they chose to do a big bang, what it took to lay the foundation, and why they contracted with a third party. She also discusses the importance of having a “physician-driven governing body with a technology focus,” her team’s vision for the future, and how she is able to balance dual leadership roles.

They’re a part of our team from the support structure, but they function independently as the CEO for those organizations, taking into account those organization’s priorities while taking direction from their local board.

We had lay the right foundation in order to get off on the right foot. Now the really fun part begins, because we can start using the system. People are relatively comfortable. The workflows have transitioned, and now we can really start to see where we can take it.

Our physician advisory committee that was leading the charge decided we really wanted to improve accessibility of information, both to each other as well as to our patients. So we went through a pretty intense process of reviewing what that might take.

Gamble:  Hi Stephanie, thanks so much for taking some time to speak with us. I think the best place to start is with an overview of Regional Health, an integrated care system based in South Dakota. Can you talk about some of the services you provide, the patient populations served, things like that?

Lahr:  Sure. Regional Health is the largest healthcare system in Western South Dakota, also serving some of Eastern Wyoming. We have five hospitals, two managed hospitals in that same area, and 24 clinic locations. We also have an assisted living facility, two long-term care centers, and six urgent care centers. We do pretty much everything in the medical spectrum outside of transplants. We have a cancer center, a heart and vascular institute, and a rehab hospital.  We do behavioral health, dialysis, and surgery in Western South Dakota and Eastern Wyoming.

Lahr:  Yes, we have a wide geography, covering several hundred miles. There can be times where if you’re driving from one of our locations to another, you can be on a highway for 90 minutes and not pass through another community. So we’re certainly rural. We also have the opportunity to serve some of the Native American reservations in South Dakota. That’s an added element of our demographic that is a bit unique to certain areas of the country.

Gamble:  And you manage two hospitals – can you talk about that arrangement?

Lahr:  It’s not uncommon in rural areas for a hospital to need assistance from another hospital or organization to provide executive leadership. Small hospitals can sometimes have a head time recruiting for, finding, and adequately supporting part of their executive team. We have two hospitals in our region — one in Wyoming and one in South Dakota, both independent hospitals. Their CEO is actually an employee of Regional Health that we then lease, for lack of a better word, out to those hospitals. So they’re a part of our team from the support structure, but they function independently as the CEO for those organizations, taking into account those organization’s priorities while taking direction from their local board.

Gamble:  What about the new hospital that just opened, what type of facility is that?

Lahr:  It’s an orthopedic and specialty hospital here in Rapid City. Our main campus has historically dealt with all of those cases, as well as our more acute patients in the emergency department and admissions, as well as surgical patients. Just recently, we opened the new orthopedic and specialty hospital primarily focused on specialties that are in the musculoskeletal and performance-related areas such as neurosurgery, orthopedics, and podiatry. Our pain clinic is in the process of moving there as well, which includes the surgical cases and procedures for those specialties as well as our outpatient rehab, wound care management. And so we’re taking some of those special areas with patients that don’t necessarily need a full-fledged hospital; we have everything a person could need in those specialties. But, for example, there’s not an ICU, because the patient population is not directed to be at that level of care.

Gamble:  Okay. And what about the EHR — are there multiple systems in place?

Lahr:  In October of 2017, we went through a transformational, big-bang rollout for the entire organization, all at one time. We also had two Community Connect sites — a local radiology clinic we’re in a joint venture with, as well as same-day surgery center in Rapid City. We’ve rolled out Epic to them and all of our sites at the same time. And then, this past October, we actually rolled it out to the two managed hospitals, as well as one other hospital in our region, through the Community Connect model.

And so, for the past year or so, Regional Health has had the luxury of being able to have all of our patients on one EHR, both inpatient and outpatient. We do still have a separate system in our long-term care facilities, but it’s on our roadmap to get them onto Epic as well.

Gamble:  So obviously that’s a big initiative for the organization.

Lahr:  Absolutely. It’s called the EHR Unification Project. When I came to Regional Health in April of 2016, it was definitely an all-hands-on-deck. For everyone in operations, technology, and executive leadership, that was our strategic priority for that next 18 months — to do the best job we possibly could of getting that new EHR stood up, knowing that turning it on was really only going to be the beginning. We had lay the right foundation in order to get off on the right foot. Now the really fun part begins, because we can start using the system. People are relatively comfortable. The workflows have transitioned, and now we can really start to see where we can take it.

Gamble:  Can you talk about some of the work that had to be done to get that foundation in place?

Lahr:  Absolutely. I think in any EHR transition, there are the obvious things you have to manage through, and then there are the less obvious things. While everyone has the goal in mind of how great it’s going to be in the end, there are always going to be some things that are just painful. First, we had at least five EHRs that we needed to unify into one. And so, in areas where we were doing data migration, we had to make decisions about what was the source of truth; we had five sources of truth and only one of those could become the future state truth.

We also had a lot of work to do in terms of workflow — thinking more like a system and acting more like a system. When we had multiple EHRs, it was very easy for different areas that were using different systems to be able to leverage the system in a way they felt best for their particular work area, and not so much have to worry about what the impact might be on other areas in the system. With that, obviously, came communication gaps and care coordination gaps, because our cardiology practice wasn’t on the same EHR as the hospital, for example, or even our primary care clinics. And so, while it sounds great to bring all of that under one umbrella EHR, there are a lot of discussions that have to take place around the rules of the road and how we’re going to use that system as one and together.

We had other goals we were focused on. Our physician advisory committee that was leading the charge decided we really wanted to improve accessibility of information, both to each other as well as to our patients. So we went through a pretty intense process of reviewing what that might take and made the decision to essentially eliminate all backend transcription when we went live with Epic, which meant we really had to leverage Epic’s tools. We also went through a process of enhancing our frontend speech tools to make sure they were extremely reliable and easy to use.

On the patient-facing side, we were going to have the luxury of one portal instead of multiple portals, and we wanted patients to really have access to their information. And so we took a pretty progressive approach in results released and other information that was going to go to the patient portal right out of the gate, but that took a lot of discussion. It took some problem solving. In some cases, it was just talking things through and helping people allay fears and concerns they might have about what the new future state would look like, and how we were going to handle things differently. And so we used a lot of our project management resources, our change management resources, to really redesign what that future was going to look like.